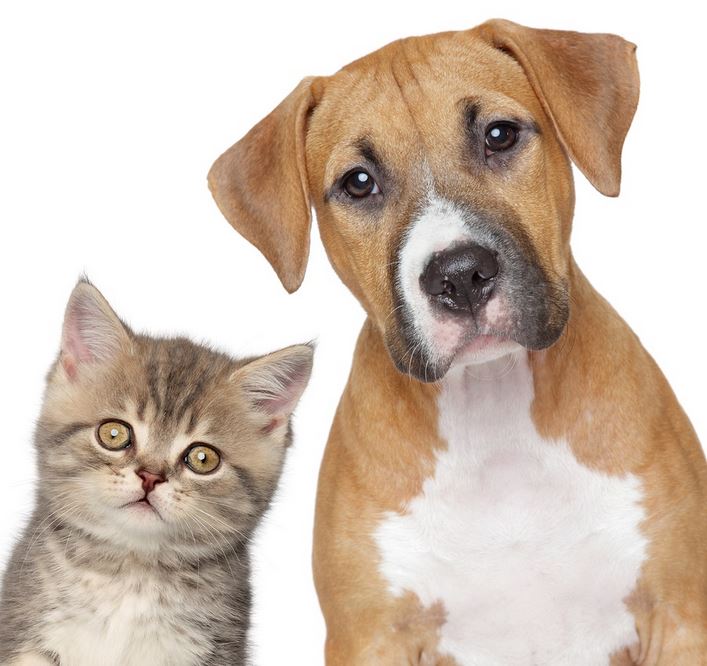 The US Centers for Disease Control and Prevention says there is no reason to fear that our cats and dogs can contract or transmit the deadly Ebola virus. They do caution, however, that both people and pets be kept away from the blood or bodily fluids of Ebola patients.

The CDC has created a Q&A that addresses questions and concerns about pets and Ebola:

The ongoing epidemic of Ebola in West Africa has raised several questions about how the disease affects the animal population, and in particular, the risk to household pets. While the information available suggests that the virus may be found in several kinds of animals, CDC, the US Department of Agriculture, and the American Veterinary Medical Association do not believe that pets are at significant risk for Ebola in the United States.

How are animals involved in Ebola outbreaks?

Because the natural reservoir host of Ebola has not yet been confirmed, the way in which the virus first appears in a human at the start of an outbreak is unknown. However, scientists believe that the first patient becomes infected through contact with an infected animal, such as a fruit bat or primate (apes and monkeys), which is called a spillover event. Person-to-person transmission follows and can lead to large numbers of affected persons. In some past Ebola outbreaks, primates were also affected by Ebola, and multiple spillover events occurred when people touched or ate infected primates. In the current West African epidemic, animals have not been found to be a factor in ongoing Ebola transmission.

How does Ebola spread?

When infection occurs in humans, the virus can be spread in several ways to others. Ebola is spread through direct contact (through broken skin or mucous membranes in, for example, the eyes, nose, or mouth) with

.
Can dogs get infected or sick with Ebola?

Here in the United States, are our dogs and cats at risk of becoming sick with Ebola?

The risk of an Ebola outbreak affecting multiple people in the United States is very low. Therefore, the risk to pets is also very low, as they would have to come into contact with blood and body fluids of a person with Ebola. Even in areas in Africa where Ebola is present, there have been no reports of dogs and cats becoming sick with Ebola.

Can I get Ebola from my dog or cat?

At this time, there have been no reports of dogs or cats becoming sick with Ebola or of being able to spread Ebola to people or animals. The chances of a dog or cat being exposed to Ebola virus in the Unite States is very low as they would have to come into contact with blood and body fluids of a symptomatic person sick with Ebola.

Can my pet’s body, fur, or paws spread Ebola to a person?

We do not yet know whether or not a pet’s body, paws, or fur can pick up and spread Ebola to people or other animals. It is important to keep people and animals away from blood or body fluids of a person with symptoms of Ebola infection.

What if there is a pet in the home of an Ebola patient?

CDC recommends that public health officials in collaboration with a veterinarian evaluate the pet’s risk of exposure to the virus (close contact or exposure to blood or body fluids of an Ebola patient). Based on this evaluation as well as the specific situation, local and state human and animal health officials will determine how the pet should be handled.

Can I get my dog or cat tested for Ebola?

There would not be any reason to test a dog or cat for Ebola if there was no exposure to a person infected with Ebola. Currently, routine testing for Ebola is not available for pets.

What are the requirements for bringing pets or other animals into the United States from West Africa?

Each state and U.S. Territory has its own rules for pet ownership and importation, and these rules may be different from federal regulations. Airlines may have additional requirements.

Yes, monkeys are at risk for Ebola. Symptoms of Ebola infection in monkeys include fever, decreased appetite, and sudden death. Monkeys should not be allowed to have contact with anyone who may have Ebola. Healthy monkeys already living in the United States and without exposure to a person infected with Ebola are not at risk for spreading Ebola.

Fruit bats in Africa are considered to be a natural reservoir for Ebola. Bats in North America are not known to carry Ebola and so CDC considers the risk of an Ebola outbreak from bats occurring in the United States to be very low. However, bats are known to carry rabies and other diseases here in the United States. To reduce the risk of disease transmission, never attempt to touch a bat, living or dead.

Where can I find more information about Ebola and pet dogs and cats?

CDC is currently working with the U.S. Department of Agriculture, the American Veterinary Medical Association, and many other partners to develop additional guidance for the U.S. pet population. Additional information and guidance will be posted on [the CDC] website as well as partner websites as soon as it becomes available. 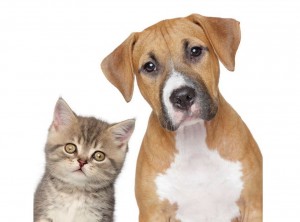