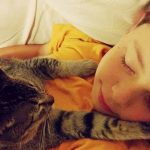 Losing a pet an be devastating and words fail to express the rush of emotions that accompany it, but an effort to provide some comfort, Mutual Rescue has produced a special montage as a tribute to the bonds and love shared between pets and their owners. Bringing together talented artists who understand how difficult the losing of a beloved pet is, the … END_OF_DOCUMENT_TOKEN_TO_BE_REPLACED 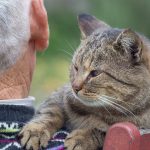 It is difficult to say what becomes of cats when their owners pass away or abandon their cats due to death or sickness. Many are older cats and often left to their own devices, unless they are fortunate enough to be moved to a new home or shelter. For one couple, however, their objective is to give those pets a loving home for the remainder of their days. In … END_OF_DOCUMENT_TOKEN_TO_BE_REPLACED 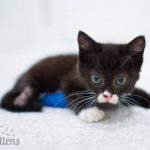 Already missing his back legs from below the knee when rescued from a feral cat colony, Cassidy may have seemed like his life didn’t have the best start, but this little guy is nothing short of being a miracle and when he is in his wheelchair, he is ready for some good old-fashioned fun. Sometimes, he will even switch things up taking the Roomba out for a … END_OF_DOCUMENT_TOKEN_TO_BE_REPLACED 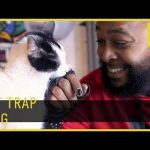 "A voice for the voiceless," is how Sterling Davis describes himself. He is know as the Trap King, doing what he can for the stray cat population. He is a hero. … END_OF_DOCUMENT_TOKEN_TO_BE_REPLACED 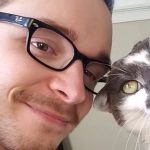 When Sam Tochtop's ex decided they needed two cats, fate intervened the very next day when a friend found two kittens following a storm. As the kittens grew, it became apparent Scooter had mobility issues due to a spine deformity.  In spite of being told he should put the cat down, Sam, who had not been a fan of cats to start, disagreed and, instead, has built his home, and … END_OF_DOCUMENT_TOKEN_TO_BE_REPLACED