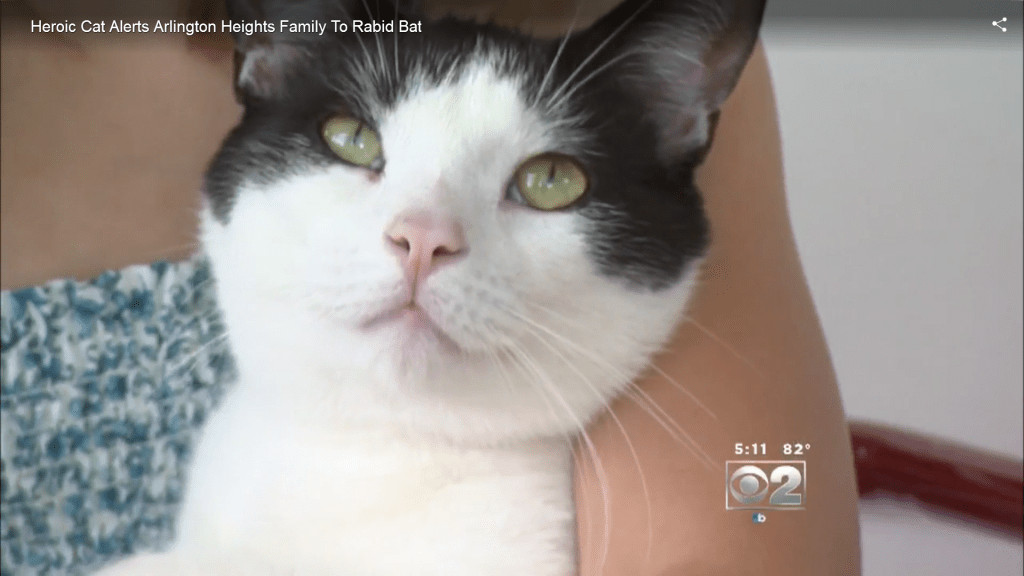 When Julianna Cucci and her family went to sleep one night, they never imagined the unlikely awakening that they would have. According to Cucci, she and her husband fell asleep while watching a TED talk on hallucinations. Her daughter was sleeping in another room.

Jennifer and her husband were woken up later that night when Wilson, their cat, started pawing at them. Mr. Cucci started swinging a pillow around the room, alerting his wife to the fact that there was a bat in their bedroom. After Jennifer closed the bedroom door, the two were able to capture the bat in a box.

The Cuccis later learned that the bat in their home tested positive for rabies, so the whole family is undergoing a series of rabies shots. However, thanks to Wilson’s nighttime prowling, he quickly alerted the family and allowed them to catch the bat before anyone was bitten or scratched.