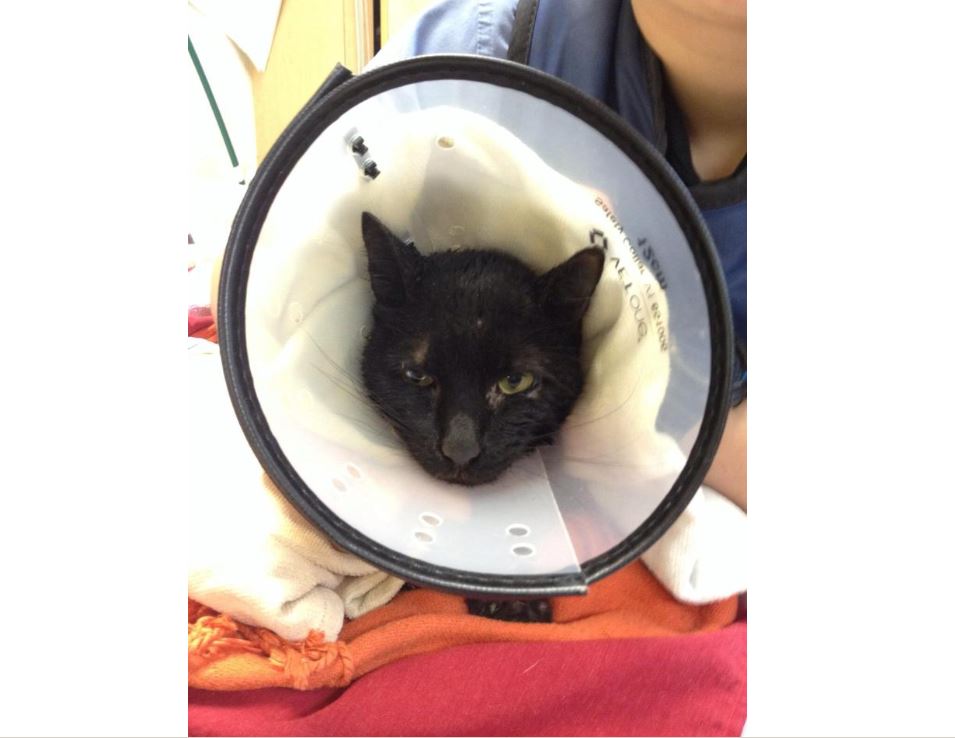 The South Florida rescue group Undercats4Life was at the forefront of what turned into a huge rescue effort to save a cat trapped at the bottom of a drain outside a Miami Walgreens earlier this week.

When the first rescuer arrived on the scene, she spoke softly to the cat, who was crying for help from the bottom of the drainpipe.

Local residents who feed neighborhood strays said they heard cries coming from a nearby drain at Northwest Seventh Street and 57th Avenue and sought help on Monday. That help eventually included Undercats4Life, the fire department, City of Miami public works and Miami-Dale officials, two plumbing companies, veterinary staff and more, along with a throng of concerned onlookers. Walgreens also helped by authorizing the rescuers to do whatever was necessary to get the cat out.

Workers unhooked connecting pipes when they realized the cat was moving between pipes when a water spray was used to try to get him out.

A special camera helped rescuers trace the cat’s actions as he moved in a series of pipes below ground, and a monitor was left on overnight Monday, until the effort resumed the following day.

The operation took more than 24 hours. The cat was finally rescued Tuesday and was taken to Knowles Animal Clinic for assessment and care. He was extremely tired and soaking wet when the ordeal was over.

Undercats4Life will take the kitty after he is released from the vet.

The cat was initially being called Venom, in honor of a woman with the Venom Unit who helped and remained on the scene of the rescue showing great concern. Undercats4Life has renamed him Piper.

Undercats4Life wrote after the rescue: “Thank you to everyone who made phone calls sent emails shared and came out to give support. Thank you to the fire department for your commitment and tireless work and to public works as well as the Venom unit and everyone else. Thank you to Walgreens for stepping up and doing the right thing. They told the contractor you better save this kitty or you will no longer be our contractor. Everyone that came to save this cat went full force to save this precious life and it is a beautiful thing and we are forever grateful. Teamwork is a beautiful thing, and persistency!”

Undercats4Life posted to Facebook with an update yesterday, saying: “He is on iv, has many open wounds, and looks like scabies as well. A lot more tests will be done as well but thankfully this survivor has a strong will to live. … [Piper] needs around the clock care for at least a couple of days.”

Animal lovers who want to help with Piper’s medical care can make payment by phone to Knowles Animal Hospital (305) 649-1234. Piper is listed under the account for Undercats4Life.

For more on the rescue as it unfolded, visit Undercats4Life at Facebook and read down their wall.

Undercats4Life shared this video from the very beginning of the rescue. It was made on Monday when they were first called to the scene. The initial attempt to rescue the cat was made with a knotted rope made of towels. The rescuer we hear on the video says she brought a ladder. Once she assessed the situation, with the cat trapped at the bottom of a deep set narrow pipe, the fire department was called in:

.
WSVN followed the story, and made this report after the cat was finally brought to safety and taken to the vet: