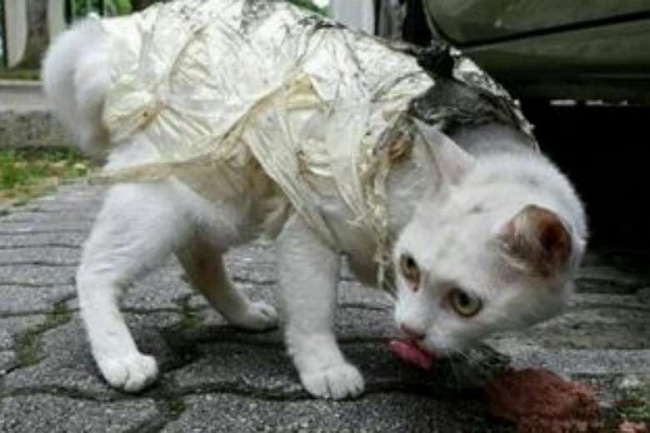 A cat who has been dubbed “Jon Snow,” was found in the streets of Ubi, Singapore with what appeared to be some type of tape wrapped around his body. The cat group Yishun 326 Tabby Cat brought the Jon’s plight to the attention of their Facebook followers last week.

The update reported that Jon had been taken to a veterinary clinic to have the tape removed.  Initially, the posts speculated the cat may have been caught in a controversial glue trap. 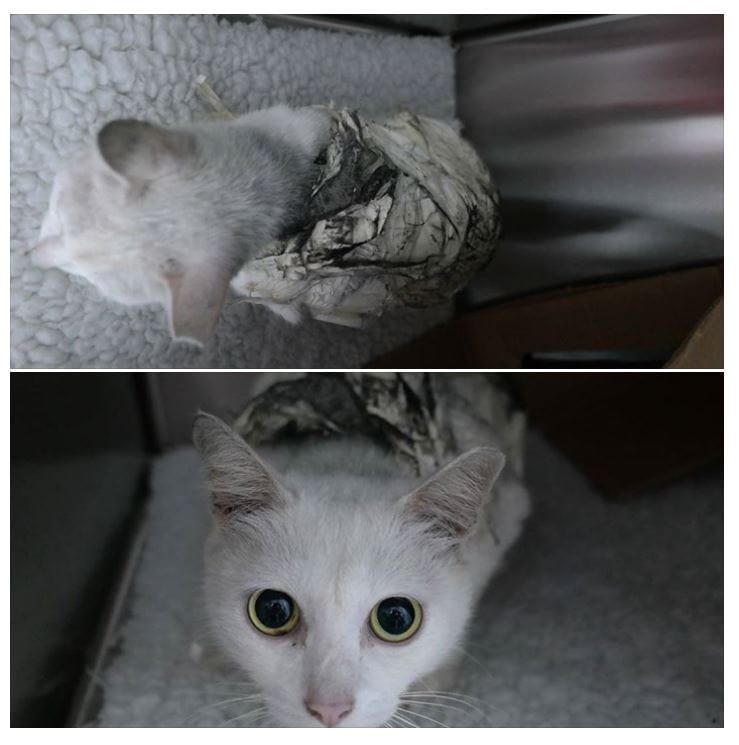 Jon had to be sedated before the team could remove the tape, as it was so incredibly tight around his body. The video posted on their site shows the delicate process.