A lucky cat was very upset but unharmed when he went down with a burning building that collapsed early last Thursday morning.

An onlooker shooting video at the scene of a fire at a venerable hotel in Dauphin, Manitoba captured the action when, a little black and white cat appeared in the frame of an opening a second before the building collapsed onto the sidewalk. Firefighters and others at the scene were surprised and relieved to see kitty running from the wreckage.

Kitty, whose name is Sylvester,  was taken to Dauphin Vet Clinic to be checked out. Other than being very distressed, and suffering from the effects of smoke inhalation, he was unharmed. Sylvester was reunited with his owner, who is thought to be one of several residents living in the hotel before its collapse.

The RCMP has taken a man into custody in connection with the fire.

Here is David Katcsma’s video of Sylvester at the scene of the Towers Hotel fire and collapse: Sylvester can be seen toward the left before the collapse. 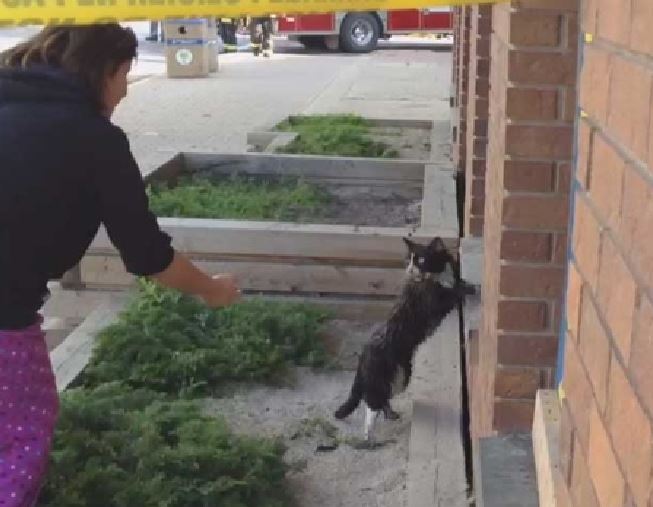