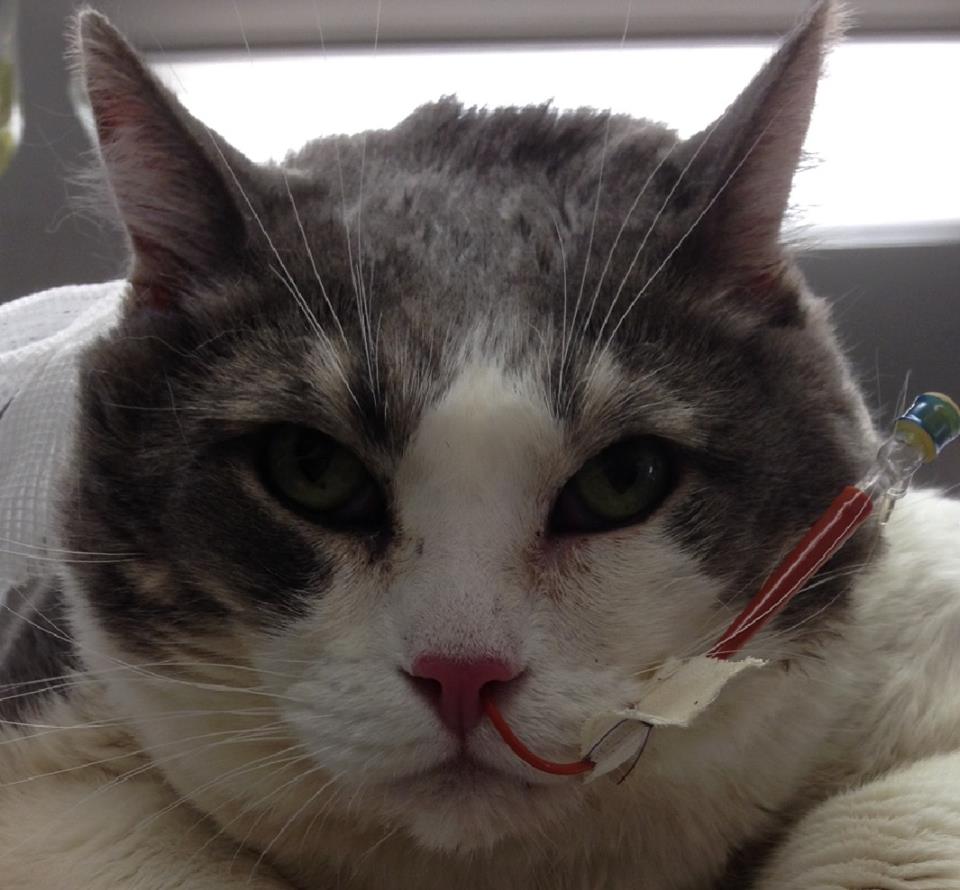 A hugely overweight cat named Biggie has been adopted by a cat hospital, where he can get help to lose weight and improve his health.

Grossly and almost unbelievably obese at 37 pounds, Biggie came to the Riverside Cat Hospital in Riverside, California in recent days with a serious health concern. His owner felt they could no longer care for him and was considering euthanasia, so Riverside decided to adopt Biggie.

The hospital wrote at Facebook, saying: “Biggie has joined the Riverside Cat Hospital family. He was admitted due to severe constipation that could require surgery. He would be high risk because of his enormous weight of 37 lbs. We are welcoming warm wishes for this lovable cat! He’s so sweet and isn’t he adorable!? If all goes well with his treatment, we will put him on a weight management plan so that we can reduce his health risks.”

Riverside’s Dr. Nichole Agarwal and Biggie appeared in a news feature on CBS LA, where the veterinarian said:“This is the heaviest cat I have seen by far in my 10 year veterinary career.

“Cats with this level of obesity have a much higher propensity for many diseases such as diabetes and lower urinary tract disease,” along with pancreatitis, arthritis and other conditions, Dr. Agarwal said, adding that Biggie needs to lose the weight slowly to avoid Fatty Liver Syndrome.

Biggie is described as being “very sweet and docile.”

Biggie faces challenges from his health issue, his extraordinary weight, and the separation from his former owner and home. Riverside Cat Hospital will do thei best to help him adjust and regain his health, and, according to CBS LA, they plan to document Biggie’s progress at Facebook, where they share the stories of other cats who come to them for care.
. 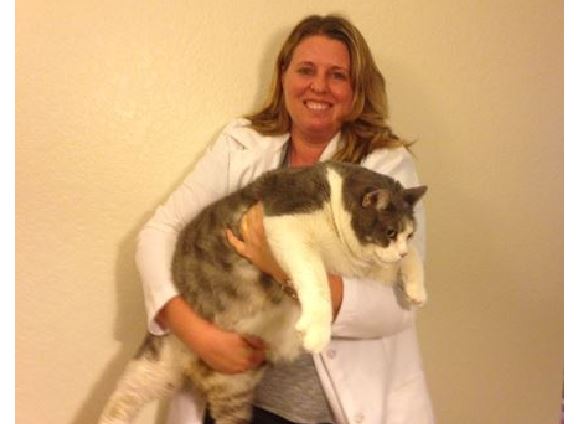