A surveillance camera caught a cat fight on the docks in London that would have ended very badly, but for the intervention of a passing  worker who rushed over to save the cat from drowning in the Thames.

The video posted on YouTube shows the two cats engaged in a running battle that ends with a splash as the unlucky Tuxedo moggie plunges into the river. Here is the splash down caught on the CCTV footage. 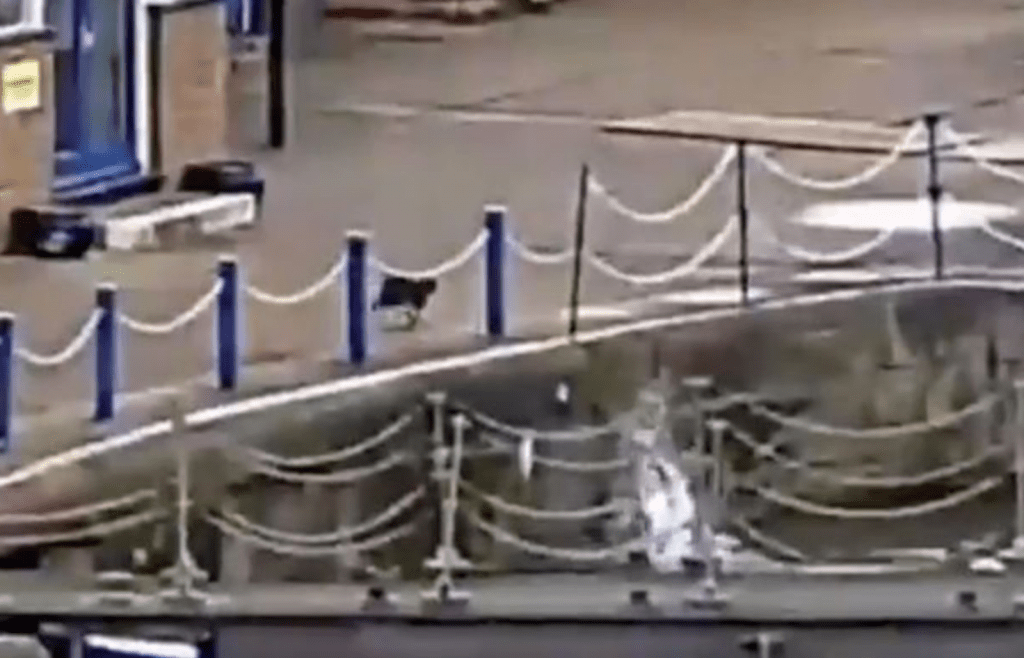 A passing worker is seen as he drops what he is carrying and rushes over to help. After clamoring over a rope barricade, he stretched out on the ground,  leaned over and reached down to pluck the poor cat from the murky waters of the Thames.

Turns out the cat is none other than Felix (Felix is a she), the official office cat of the Royal Docks Management Authority at the London docks. Here is Felix in her normal high-and-dry mode. 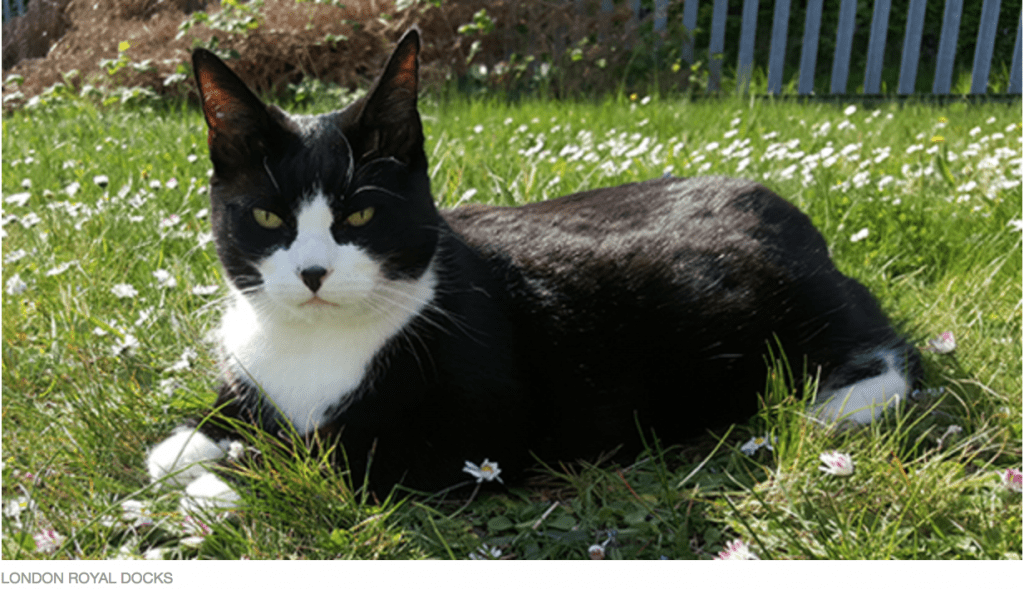 Here is the link to the video. Here is the original video posted by ITV News. A statement by the Royal Docks Management Authority acknowledged the good deed, and offered these tongue-in-cheek observations about its mascot: “Felix the Royal Docks Management Authority  cat ended up in the drink while bravely engaging in a hostile territorial battle (i.e. running away) from another cat. We can happily report that Felix suffered no injury or trauma.”

The video shows the cat stalking away as if in disgust. You can also see the original video posted by ITV News.

“She also seems to be completely unaware that the rest of the RoDMA team have been laughing behind her back after the blasé ‘nothing to see here’ routine that followed her dunking.” Three cheers for the good-hearted man who gave Felix a helping hand and saved her from drowning.