It’s official! Nostrand the cat has a cozy home with a wonderful cat mom named Hilah and a brother named Hope. Most will remember Nostrand as the forlorn cat who was dumped along with his stuff on Nostrand Avenue back in May. Thanks to FAT Cats of Brooklyn and adopter Hilah Hadaway, he’s now living the good life in a loving, fur-ever home.

Nostrand and Hope are inseparable, as seen in this photo on Hilah’s Facebook page. You’d never know how sad he used to be, unless you saw the original photo that upset thousands of cat lovers. 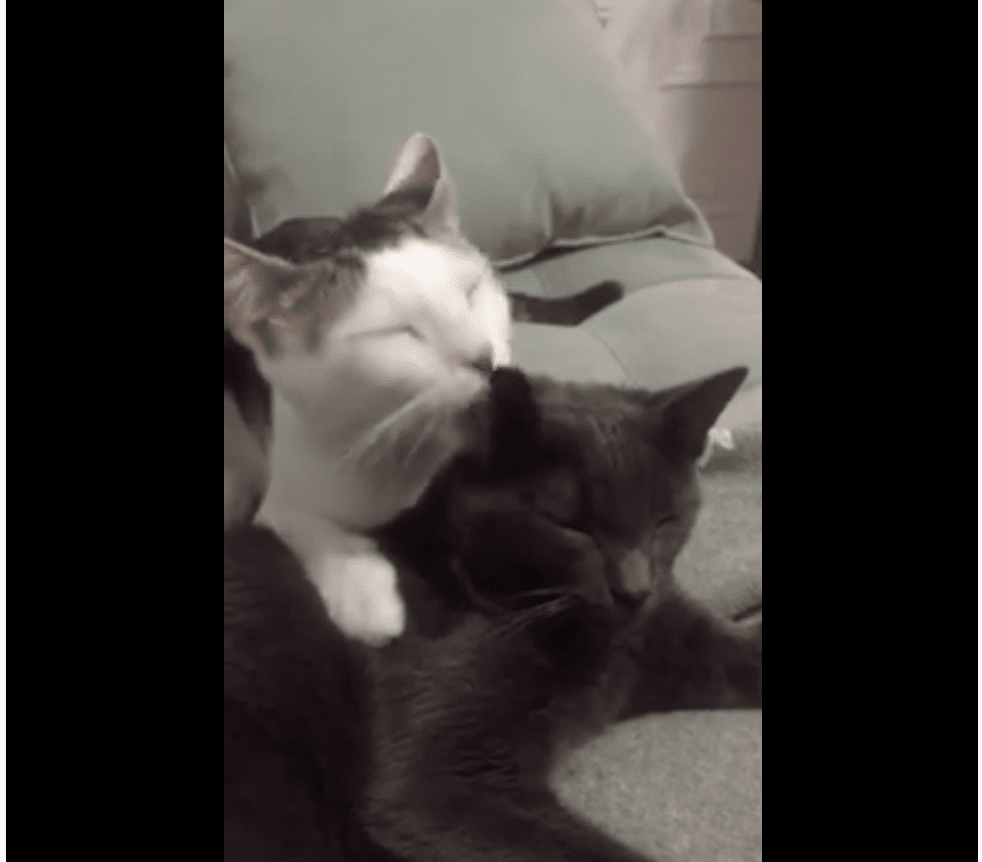 Nostrand had been cruelly dumped on Nostrand Avenue in Brooklyn. Someone snapped a photo of him sitting next to his discarded pillow and litter box. “He reportedly sat there crying for two hours, before he was scared away by a street sweeper,” according to the posting that soon went viral. 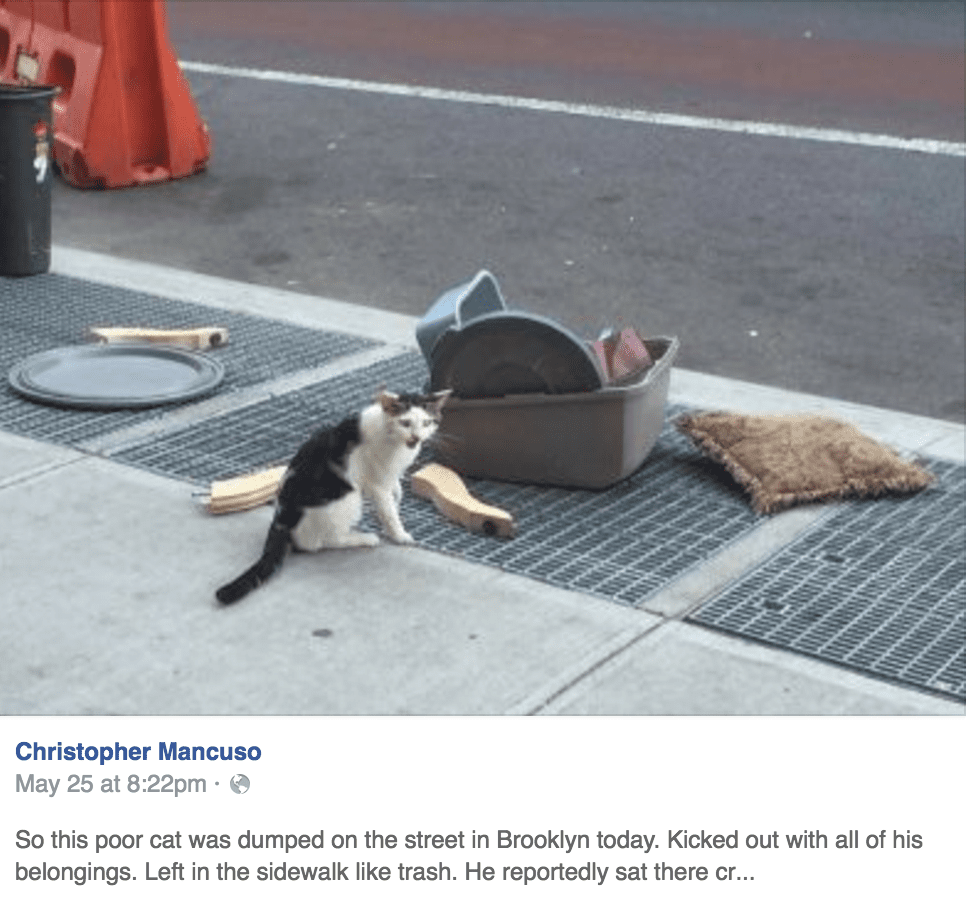 And it wasn’t long before the hunt was on. New York City animal angels sprang into action. And a small army of caring neighbors and members of Flatbush Area Team For Cats, known as FAT Cats, looked high and low until they finally found him.

He was taken to the vet and given the best care possible before he was adopted by Hilah, seen here in her Facebook photo. Hilah likes yoga and walking in Prospect Park, according to her Facebook posts. And she is thrilled that Hope and Nostrand are best buddies who can look forward to spending their lives together.

FAT Cats shared the good news, and we’re sharing it with you. Thanks again to everyone involved for making the world a better place, one cat at a time.

1 thought on “Cat Dumped on Street Gets Fur-ever Home”