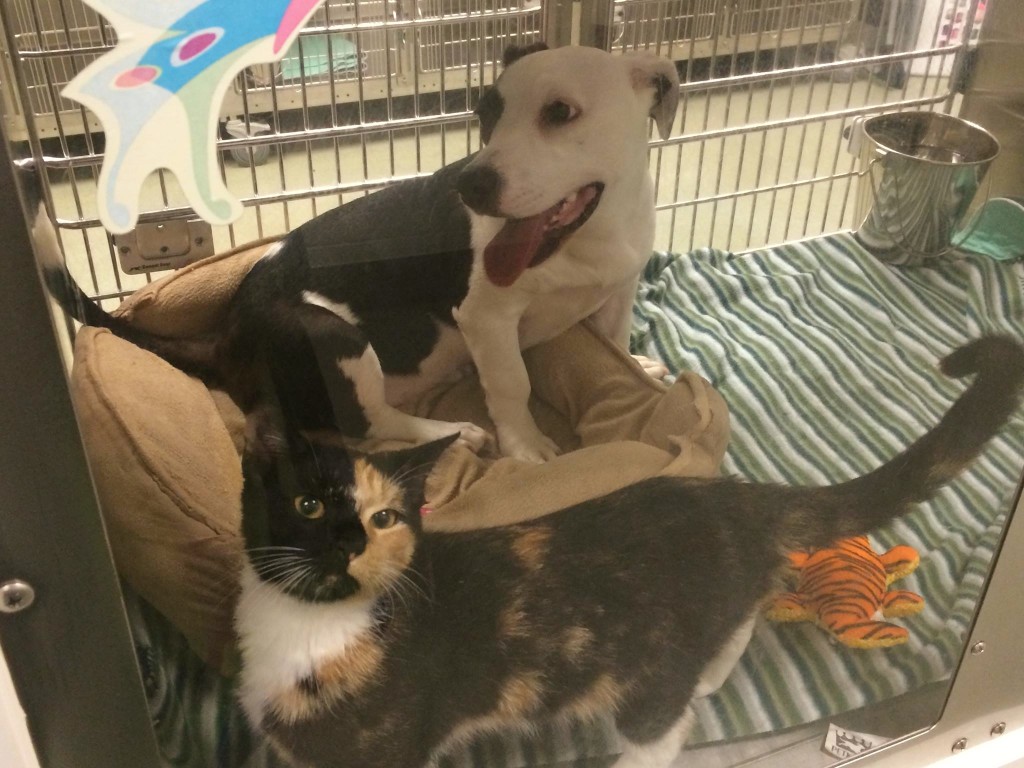 A closely bonded young cat and dog who lost their home were picked up together as strays and are looking for someone to love them both.

Henny the dog, a female Bulldog-Basset Hound mix and Penny the cat, a Domestic Shorthair who is also female, ended up at the shelter at Columbia County Animal Services in Grovetown, Georgia after a woman fond them together in her yard.

Shelter Operations Manager Daniel Mayne said: “They’re inseparable. They are right next to each other all the time.”

“They were brought in as strays to us by a citizen in Martinez who found them in her yard and the owner actually found them online and contacted us to let us know that they were her pets. She wasn’t able to come back and reclaim them. Her husband is in the military and got stationed up in North Carolina so she wasn’t able to come back and get them.”

The pair, who are each estimated to be between 6 and 8 months old, came to the shelter in late October.  Columbia County Animal Services is seeking an adopter who will keep Henny and Penny together in a forever home.

Mayne said the pair’s former owner told staff to put them together in the same cage.

“In the mornings Henny will groom Penny, the cat. They will get to playing and we let them out of their cages to play around in the room while we’re cleaning,” he said.

The young dog is said to have adopted the cat when she wandered into her yard.

“Apparently, Penny, the cat wandered into the yard one day. Since then the two have been completely inseparable. [The owner] She took the cat in as her pet along with the dog. That’s how it was. It was meant to be,” Mayne said.

The shelter is offering Henny and Penny together at a reduced rate of $35. They will need to be spayed within three months. Potential adopters are asked to call animal Services at 706 541 4077.
.
Watch the WJBF Channel 6 report on Henny and Penny: