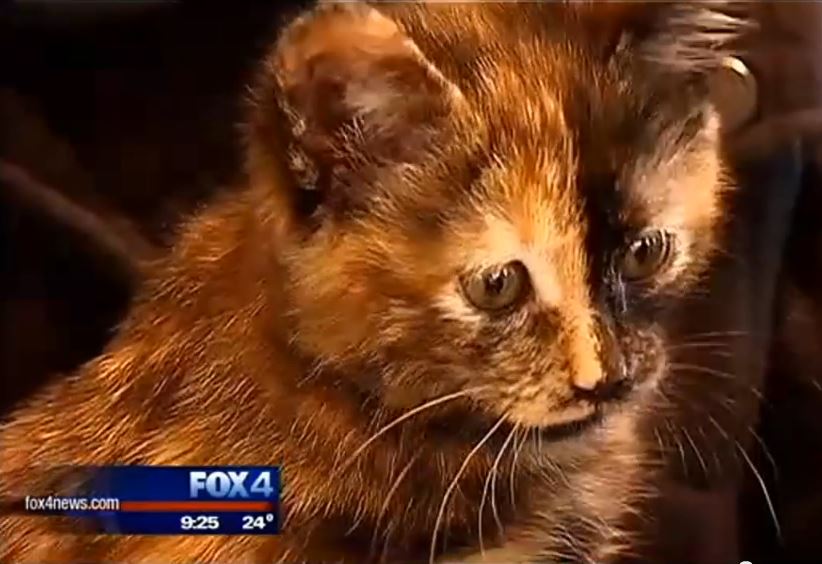 .A kitten who somehow became trapped behind the grille of a Lexus SUV was rescued by auto techs and found a loving home the same day.

Employees at Park Place Lexus in Grapevine, Texas saved the kitten from an SUV after the driver heard meowing under the hood in the engine area and brought the vehicle in to the shop. Crews discovered that the kitten had crawled up behind a heat shield near the grille.

The service technicians at Park Place Lexus in Grapevine had to cut the kitten from behind the grill of the SUV the day after Christmas.

“They were able to see that it was stuck behind the grill in between a vent if you will, and that vent had to be literally cut out because it wasn’t a removable piece,” said service manager Rod Moreno.

“They had to cut out around the kitten, and once they retrieved it, they took the kitten over to a workbench and were able to use tin snips to cut around the plastic piece that was lodged around its neck.”

Once it was determined that the kitten was OK, Mona Pham, one of the assistant service managers, adopted her and gave her a new name.

“Her name is RC,” said Pham. “It’s not after the Lexus RC; it’s actually short for ‘rescue cat.’”

The rescue operation was complicated and took quite a while, and the customer would have been facing a hefty bill for services, but the dealership rescued the kitten at no charge.

Although the kitten was rescued on December 26, the story was in the news last week.