It is clear that Audrey Spencer loves cats.  In fact, she loves her cats.  And she loves her work as an industrial designer.  So, what do you get when you add up an industrial designer + 2 cats + a great sense of humor + a unique artistic style and sensibility?  You get someone who was nominated  and now is a finalist for Snapchatter of the Year in this year’s Eighth Annual Shorty Awards, given for the best in Social Media.  Just look at her Instagram or Tumbler pages and you can see why she has captured so many people’s attention and imagination. Obviously, Maya and Oskar are as much her muses as they are her amusement in getting just the right of them to say, become the headliner for the Paws (duh duh duh duh duh da da!) poster.  She was inspired originally by the poses Maya would position herself into, Audrey then laying a human posture over it and finding herself tickled.  She then began taking pictures of Maya and her equally photogenic counterpart, Oskar, eventually moving onto to using her iPhone 5c and available tools to create her unique visions of her cats in action, a process that can take up to five, yes five, hours to complete. Voting for the awards has closed, but will be announced on April 11.  Audrey seems excited to be going citing cleaning the litter box among the things she must to in preparation to attend.  Responses on Facebook to her having become a finalist include one person suggesting she take her cats, citing, “Good luck! But you know, the kitties should get to go as well, since they are an instrumental part of your success.” 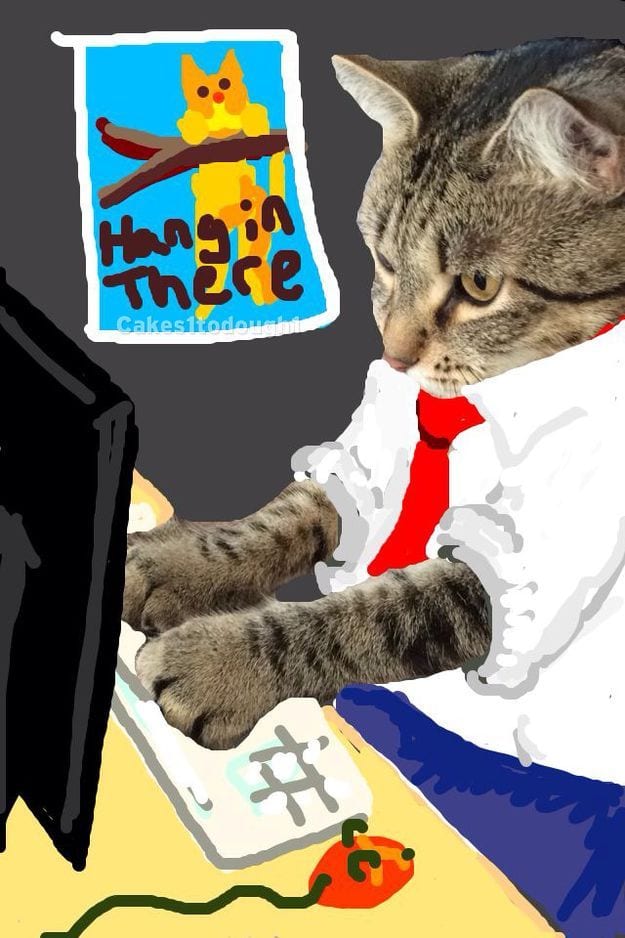