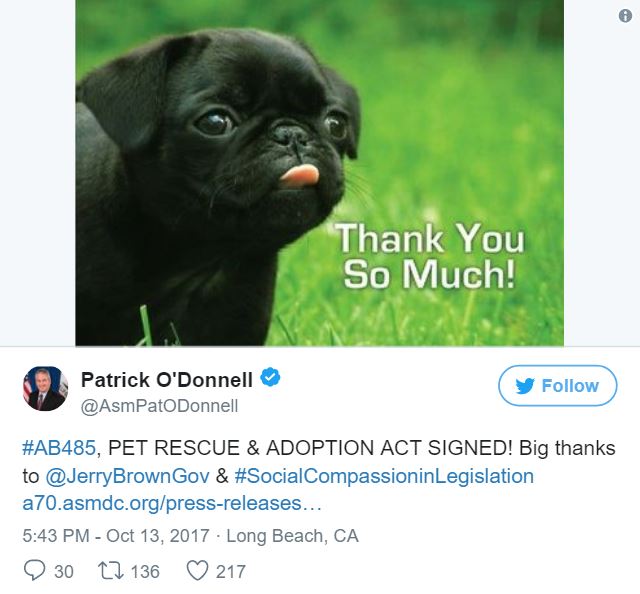 Assemblymember O’Donnell shared the following on his page:

AB 485 requires all dogs, cats, and rabbits offered for retail sale in California to be obtained from animal shelters or non-profit rescue organizations.

“This is a big win for our four-legged friends, of course,” Assemblymember O’Donnell said. “But also for California taxpayers who spend more than $250 million annually to house and euthanize animals in our shelters. I am very grateful for the strong support we received from animal-lovers across the state and from Social Compassion in Legislation, the bill’s sponsor.”

The signing of AB 485 makes California the first state in the country to enact a policy of this kind and will dramatically reduce the trafficking of mill-bred animals into California pet stores.

“We are overjoyed that Governor Brown signed this historic piece of legislation into law,” said Judie Mancuso, president and founder of Social Compassion in Legislation.

By banning the sale of high volume, mill-bred animals, California took a bold step forward. It would not have been possible without the leadership and commitment of Assemblymember O’Donnell, his staff, and the broad support from the entire animal welfare community.”

The requirements in the bill take effect on January 1, 2019. 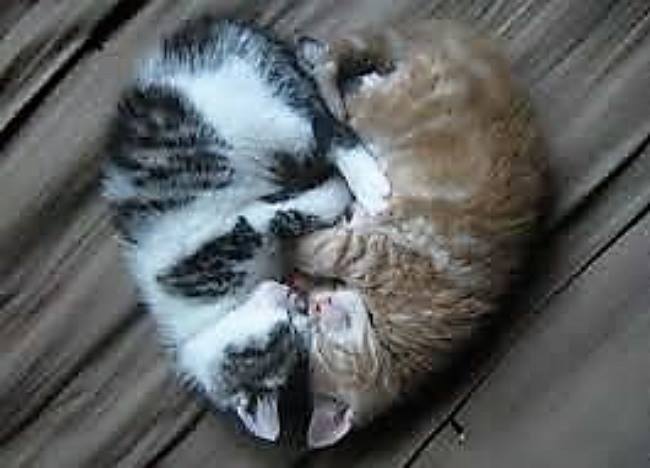