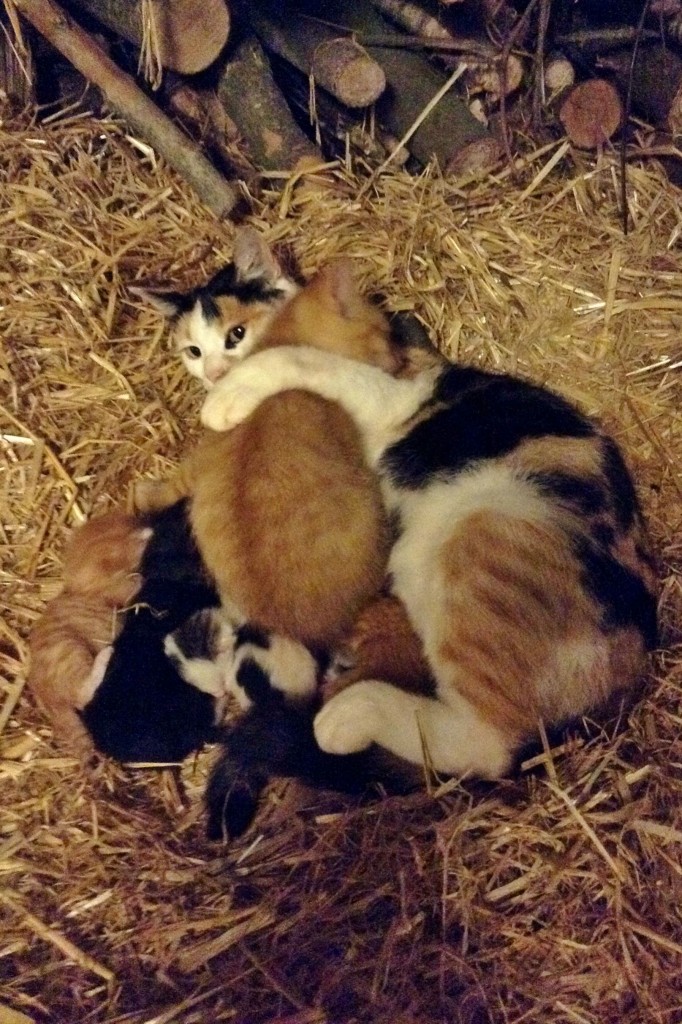 “Big kittens need love too! My cat gave birth to six kittens last night. At the same time, she adopted our 10-week-old kitten who needed a mother’s love.”

Reddit user doihavetosignup, who lives in Denmark, posted the sweet photo above and told the story, saying Mama cat became very motherly leading up to the birth of her kittens and welcomed the big kitten from another mother into her new little family.

“The big kitten has a mom, but she has never taken much interest in her children, so when he saw this happy little family he decided to snuggle with them instead. The mother immediately welcomed him in the family.

“At the moment I have separated them though, since he has also figured out that he can drink milk from her, and he could probably eat all the small ones’ food.

“We give our female cats birth control pills every week to prevent kittens. It has worked out perfectly for years. The first kittens were planned. The mother is only 1 year old, but we were not sure when to start giving her the pills, so we decided it was best to just let her have kittens once and the start giving her the pills after she had given birth to be sure she was not already pregnant when we gave them to her. It has worked out just fine, and we have found new homes for all four kittens. They will be moving in a few weeks.

“It’s actually a small miracle that the kittens born yesterday (and their mother!) is even alive, since she was on birth control but somehow managed to get pregnant anyway. (My guess is that she has spit out a pill without us knowing.) Therefore we only stopped giving her the pills when we could see that she was pregnant and we were afraid that it had made something go wrong.

“Luckily all six of the little fighters seem to be perfectly fine. We really hope that we will be able to find new homes for them.”