Two absolutely beautiful apricot colored kittens found dumped outside a store last week are safe at the shelter and getting the loving care they – and all other abandoned cats – deserve. For this fortunate pair, being dumped looks like it is leading to a very happy outcome, though.

The blue-eyed darlings were so young when they were abandoned that while one kitten was able to eat on its own, the other was still in the nursing stage and needed syringe feeding. The gorgeous siblings are a male and a female, with the male able to feed on his own and his smaller sister still needing someone to keep her fed.

A good Samaritan found the 4 to 5 week old kittens dumped in a cardboard box at the Tesco Extra superstore in Battlefield, Shrewsbury, UK, left on their own when they still needed their mother’s care.

The kittens were taken into the care of Sleapy Cat Rescue in Wem, about 10 miles away, and are being hand-reared by staff.

The very fortunate pair are already on reserve, just days after their rescue, and are expected to remain together and go home with their adopter in a few weeks.

Shelter manager Eve Dodds commented on the kittens to the Shropshire Star, saying: “It never ceases to amaze me how cruel some people can be. These kittens should still be suckling their mother, not shoved in a box and left at Tesco.

“I have to say I have never known a year like this for abandoned kittens. We have only got a certain amount of space and once that is full we will struggle.

“We think these two are about five weeks old. The male, who is very fluffy and will probably end up long-haired, is feeding well. The female, who is smaller and more timid, is finding it all very hard and we are having to feed her with a syringe and also bottle-feeding her.”

“At less than five weeks old, they are too little to be away from mum,” she said. “I just hope that whoever dumped them has the sense to neuter the mother. Otherwise they will be in this position again very soon.”

Sleapy Cat Rescue wrote at Facebook on September 11: “These two kittens have just come in, dumped in a cardboard box by the trolleys at Tesco Battlefield Shrewsbury, I’d say 4/5wks old one male one female, bit shell shocked but that’s not surprising, why oh why don’t people get their cats neutered?”

The kittens’ caregivers wrote on their second day in care: “The new kitts in [yesterday] that were dumped in a cardboard box at Tesco Battlefield are doing well, the male is eating and lapping but not the female so am having to syringe/bottle feed her, they love company and their heated igloo although they both like treading in there food and formula milk.”

An update yesterday noted : “The little kittens that were abandoned at Tesco are coming on in leaps and bounds, they love playing with their toys and having tummy tickles, they really are gorgeous kittens, both reserved and will be going together.” 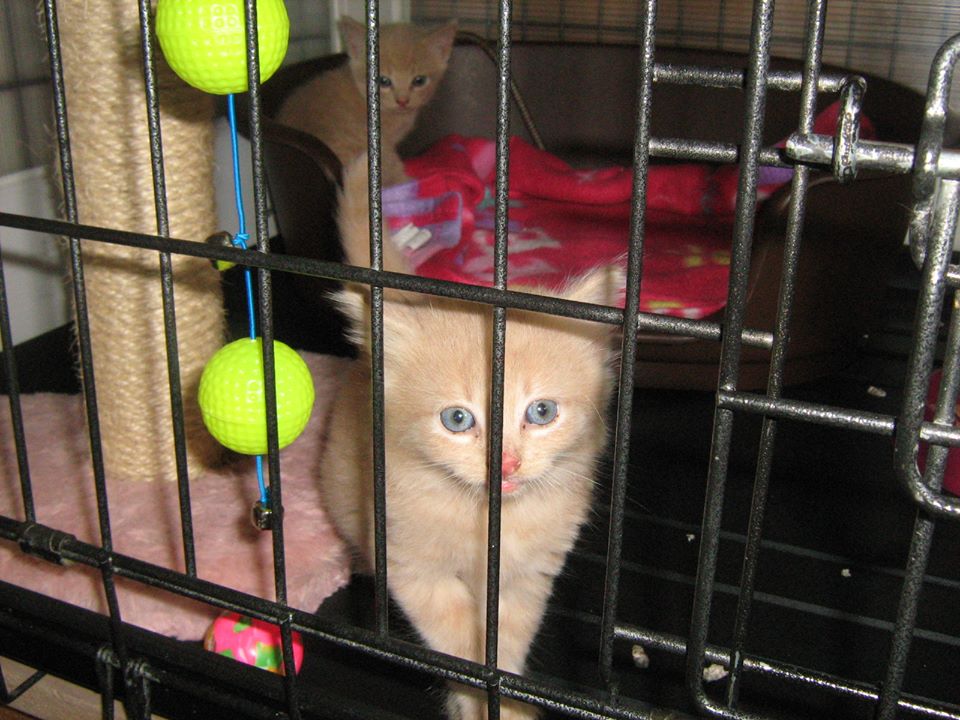 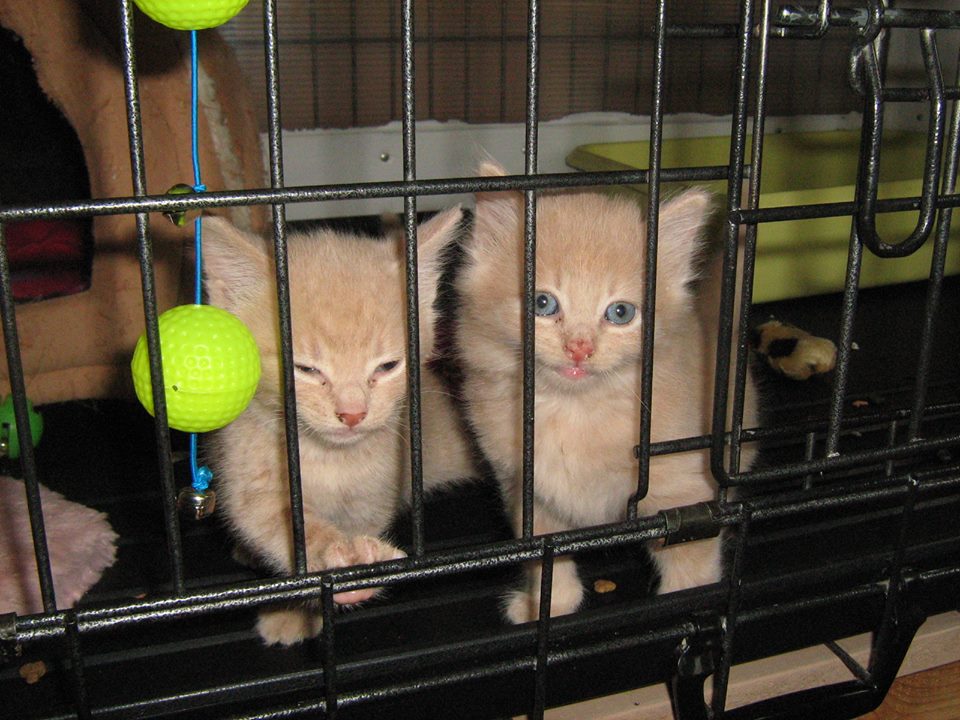 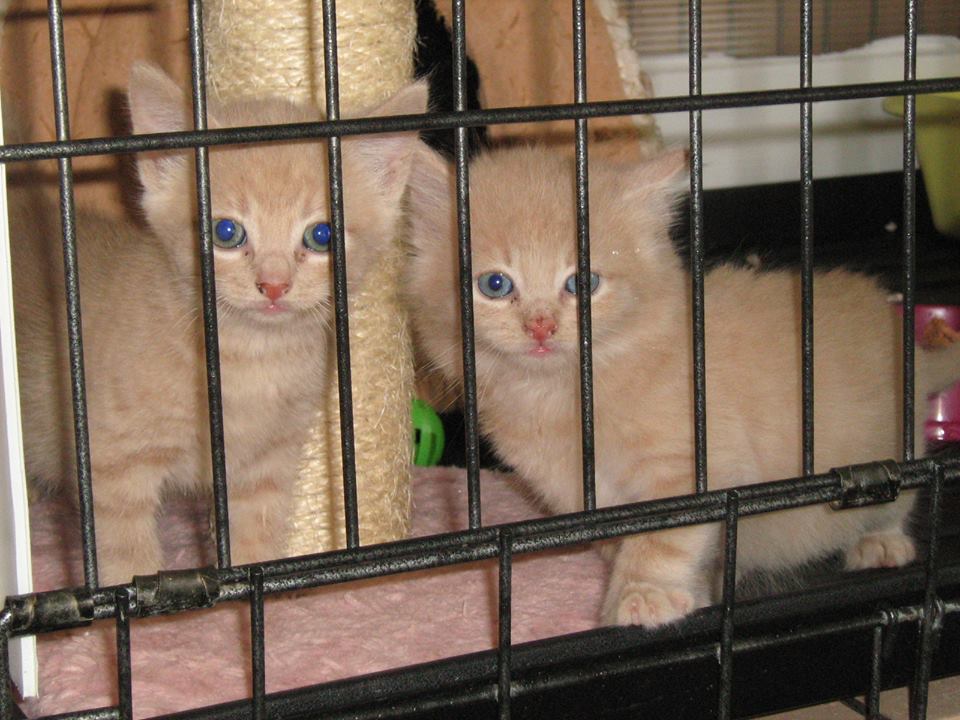 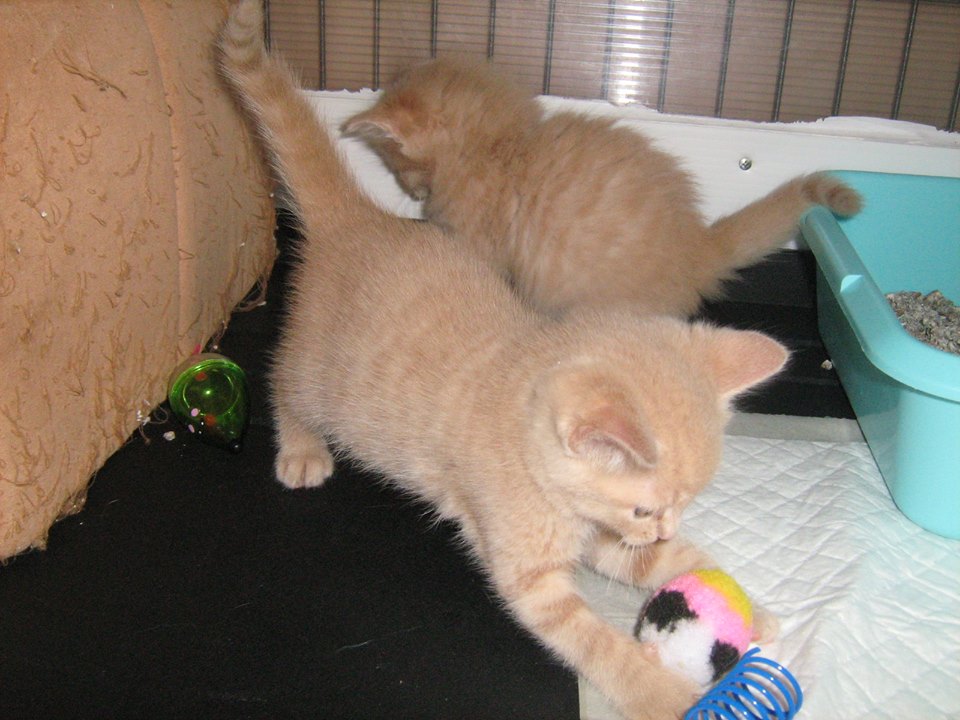 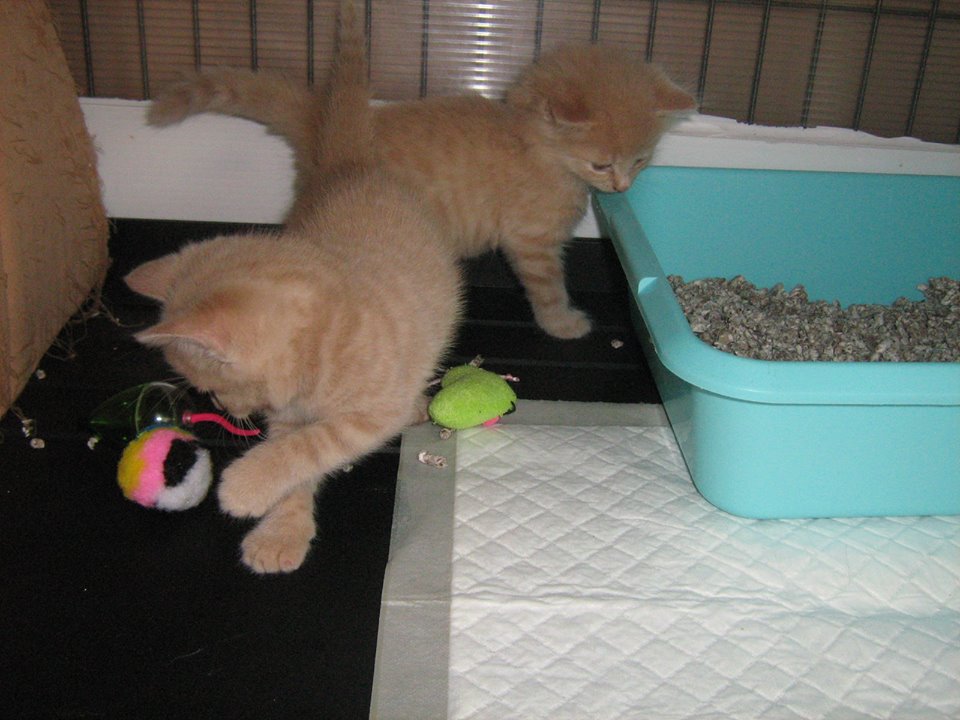 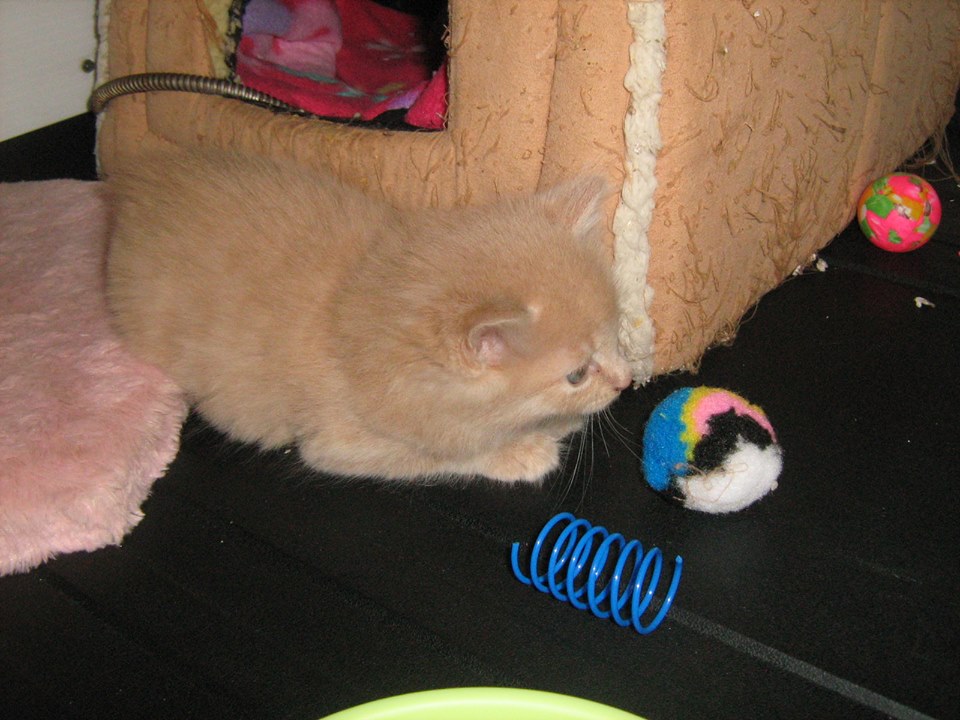 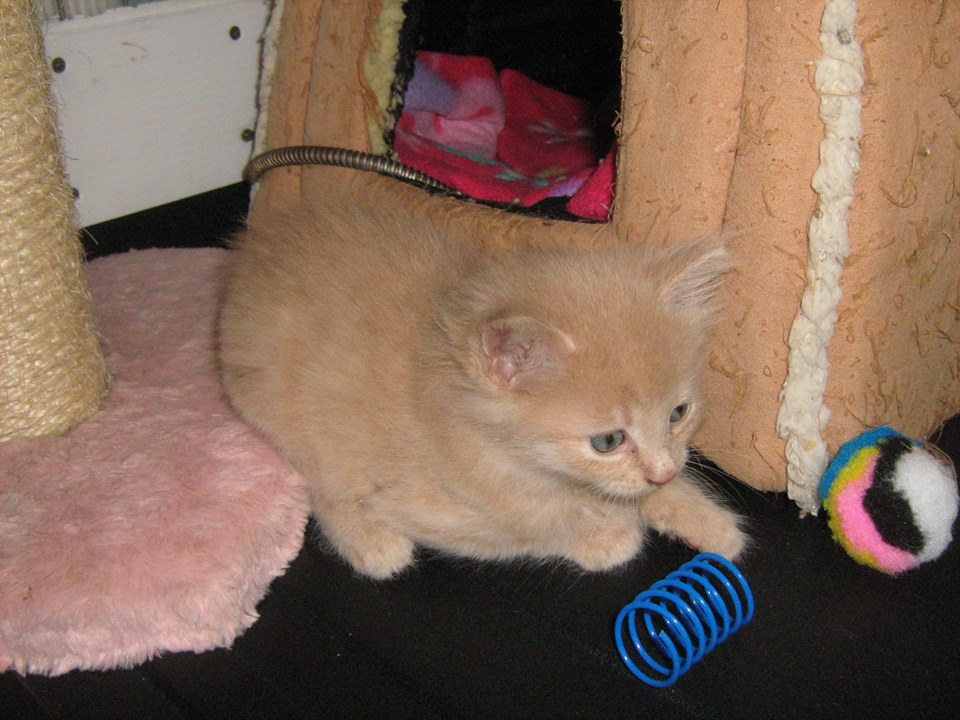 Photos of the kittens, with the exception of the photo at top of page, via Sleapy Cat Rescue at Facebook.

1 thought on “Apricot Colored Kittens are Dumped at Superstore”