The prevailing sentiments after an animal abuser who beat a cat with a metal bat last year was seriously injured after falling from a second story window and being run over by a garbage truck last week were that he’d gotten his comeuppance or karma was at work.

New Bedford, Massachusetts resident Manuel Erinna, 55, was leaning from his second story apartment window to toss a bag of trash into a garbage truck that had pulled into the driveway to empty a dumpster one day last week (reports vary on whether it was Tuesday or Wednesday) when he lost his balance and fell 35 feet to the ground, landing on snow covered pavement. He was struck by the garbage truck as it backed out of the driveway. The truck’s driver says he had no idea the man was there until he heard a woman screaming for him to stop, but by then it was too late to prevent the accident.

Erinna suffered trauma from the fall and was “in and out of consciousness” at the scene, according to police. He was taken to Rhode Island Hospital with serious injuries and is thought to have broken both legs in the fall.

A spokeswoman at Rhode Island Hospital said on Wednesday that Erinna was in good condition. He is expected to recover from his injuries.

Detective Capt. Steven Vicente of the New Bedford police department said no charges are being brought against the driver of the garbage truck.

Erinna is facing animal cruelty charges in the brutal beating of his ex-girlfriend’s cat, Smudge, last June. Erinna struck the cat repeatedly with an aluminum baseball bat, traumatising the 4 year old black and white cat and causing severe injury. Smudge was hit in the head and had to have an eye removed.

Dr. Corinne Slaughter, veterinarian at Hidden Brook Veterinary services told WBSM News the cat’s injuries were traumatic and said she made it her mission to treat Smudge rather than put him down, saying he had suffered enough and deserved to live.

Smudge was taken away from his owner and has since been adopted. His adoption was handled by Habitat for Cats, a local cat sanctuary and rescue.

Erinna said he beat the cat because it had scratched his ex-girlfriend’s infant granddaughter. The incident made news at the time due to the brutal nature of the crime and the suffering of the cat.

The case is pending in New Bedford District Court, where Erinna is scheduled for a pre-trial hearing on Feb. 18, according to Gregg Miliote, a spokesman for the District Attorney’s office. The hearing will presumably be postponed.

The notion of karma cropped up repeatedly in a comment thread on the story at Reddit and at the websites of local news outlets covering the story.  Of those who did not reference the term karma, many also said he’d gotten what he deserved. 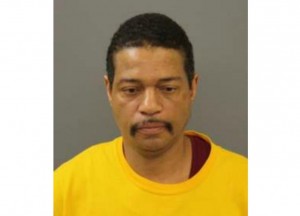