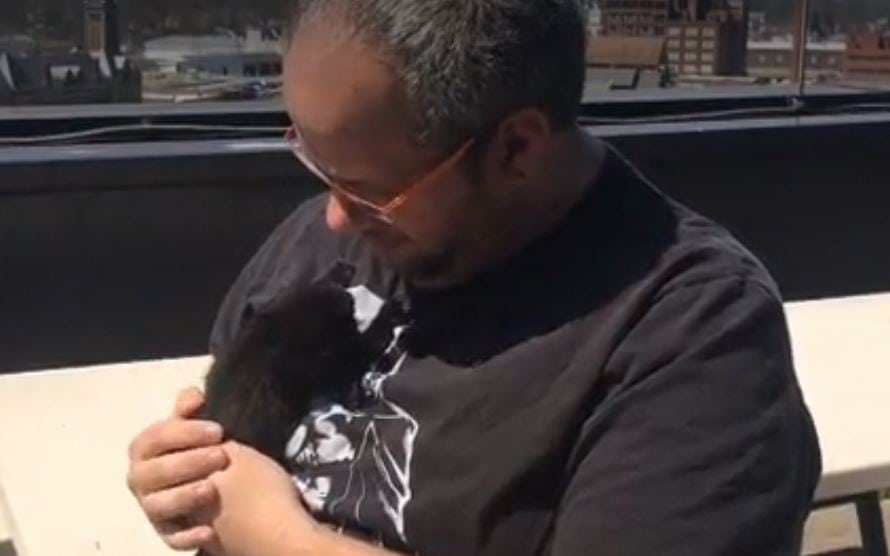 Benjamin Cantrell and his wife saw a kitten being abused, and he wanted to do something about it.

“All of a sudden, my wife saw a cat flying through the air,” Benjamin Cantrell told Dayton Daily News, at witnessing the abuse of a kitten.  The young female was being thrown over a set of power lines and hitting the ground at full force. Taking immediate action, he called the police and worked to help them find the suspect.  Christopher Robinson, 22, was charged with cruelty to a companion animal and resisting arrest, sentence to 90 days in jail by the Municipal Court Judge.
Cantrell and his family adopted the kitten.

“My daughter, who is also very big into science — her name is Kaley — took the name Kaley’s Comet. Kind of Halley’s Comet play on words. (She) decided the kitten was hers and it was Kaley’s Comet.”