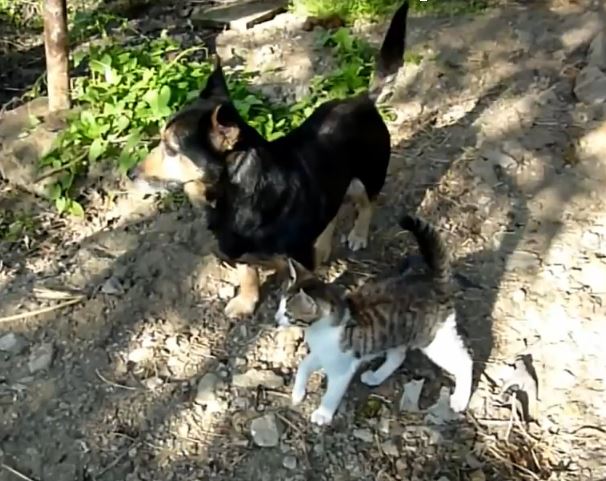 .
When an abandoned Romanian kitten was rescued back in July, his new family’s two dogs quickly adopted him and and made him part of the pack.

Rilu the kitten was found, obviously abandoned, on the road by a family of Romanian animal rescuers and advocates, who opened their hearts and their home to him.  The family’s two rescued dogs, Louie and Buzu, happily included Rilu in the play and, within days, the animals had settled into a harmonious and comfortable togetherness. All are family members but are available for adoption to good homes.

Rilu’s family writes:” We found this little cat on the road, away from the city. He was meowing desperately; walking aimlessly. We got out of the car and approached him; the moment he saw us he came to us and climbed to my leg, still meowing.

“He seemed so happy and somehow relieved to see humans, thus we believe he is another case of animal abandonment. He most probably had an owner, but that owner simply dumped him there.

“We named this little guy Rilu; he is in our care at this moment and makes a great team with Buzu and Louie – the 2 dogs from the video, who are also rescued and available for adoption.”

The animal lovers explain: “We do not belong to any organization, association or foundation. We are just a family who considers that “something” means more than “nothing”. Through the images and videos posted [at YouTube and the Howl of a Dog Facebook] page we want to present things that maybe others ignore or simply do not see, considering them normal or, on the contrary, unusual. We hope that our small gestures will be followed by other people that can do more.”

A month and a half after the video with Rilu and the dogs was made, Rilu had a special little house made for him out of recycled egg cartons. He poses in his little house in the photos below. (Another video, seen HERE, shows how to make a little kitty house from egg cartons.)

Watch Rilu and the dogs: 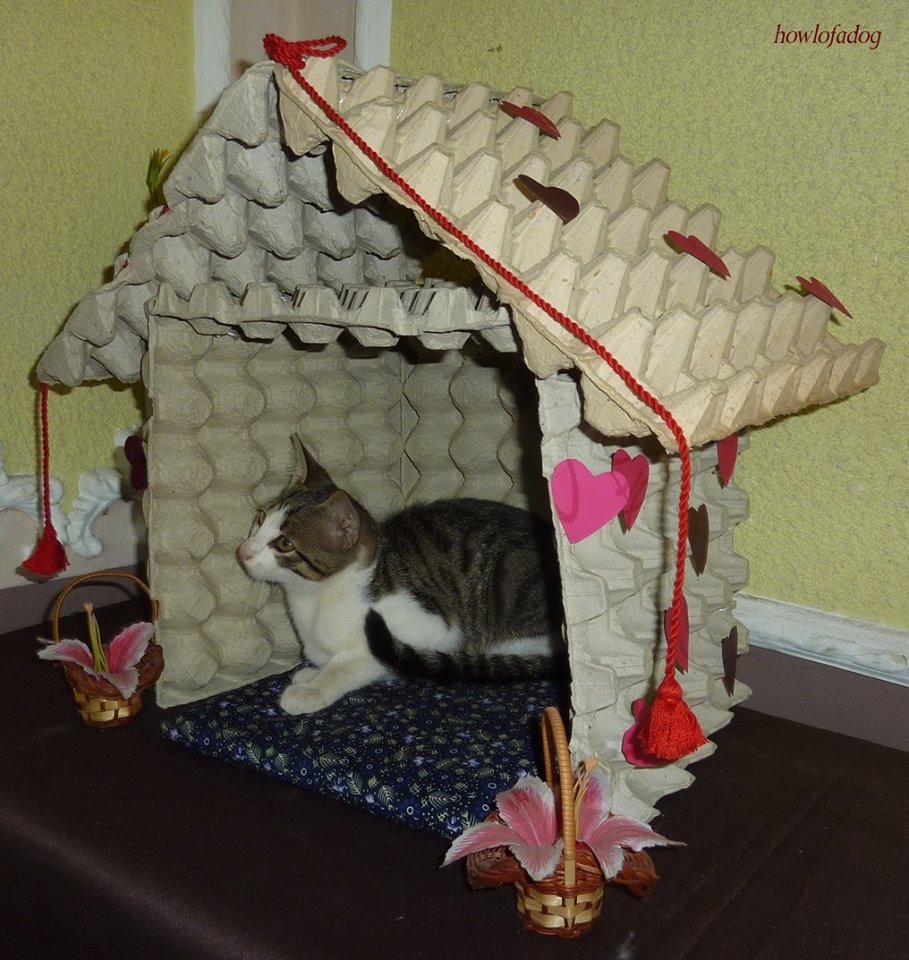 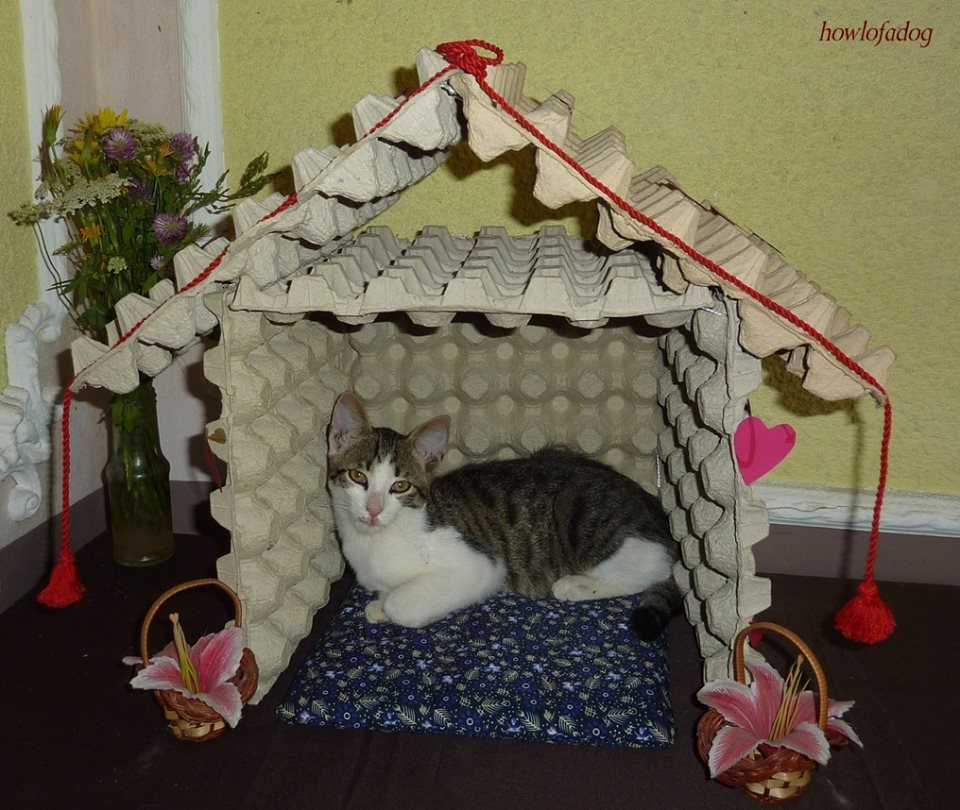