Studley, a handsome, loving and friendly Turkish angora who lives with his petparents, Keith and Pam Phillips and two other cats, Mitzi and Zoe, in Olympia, Washington, is a rescued cat who went on to become a therapy pet , and was named ASPCA® Cat of the Year for 2014.

The ASPCA sent a videographer and small crew to accompany Studley the therapy cat on one of his hospital visits late last year.  Unruffled by the crew, Studley gave all his attention to the patients he saw, while sitting and being carried around on his special cat bed.

Weighing only four pounds and covered in matted fur, Studley was found abandoned along the side of the road outside of town by Joint Animal Services in 2006 after being dumped  as a “breeding reject” by a breeder. Though sick, emaciated and nearly starved to death, Studley was nursed back to health and adopted by the Phillips’, who noticed his special gifts as he blossomed into a healthy, happy cat. Pam was a shelter volunteer, and Keith nursed him back to health. The couple had never had a cat before, but they decided to foster, Studley and ended up giving him his forever home.

Studley — a cheerful white-haired feline with one gold eye and one blue eye – became a therapy cat, giving love and comfort to people in need. He showed his therapy skills early on and his petparents gave him to opportunity to use them to help others.

Studley is the only therapy cat in the program out of more than 30 animals in the Providence Animal-Assisted Activities and Therapy program (PAAA/T), and has been a regular visitor to the Providence St. Peter Hospital in Olympia, Washington where’s he’s been offering comfort to patients primarily in the psychiatric unit since 2007 and is one of only a few visiting cats.

Studley, who is now 10 years old and an old hand at his job, is well known for helping to bring vulnerable patients out of their shells with his calming presence. After proving himself to hospital staff, he was granted permission to visit patients in all areas of the hospital.

One the day the video crew followed Studley on his visit to the hospital, a boy said the visiting cat made the hospital feel more like home.

See our post from November 1, 2014: Therapy cat Studley to get Cat of the Year award

Watch Studley’s visit to the hospital, and learn a little bit more about him and his work: 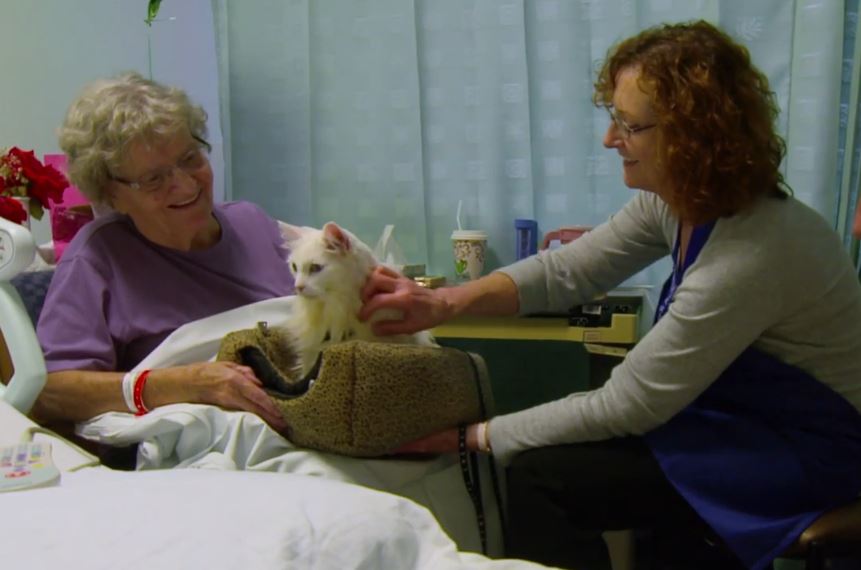 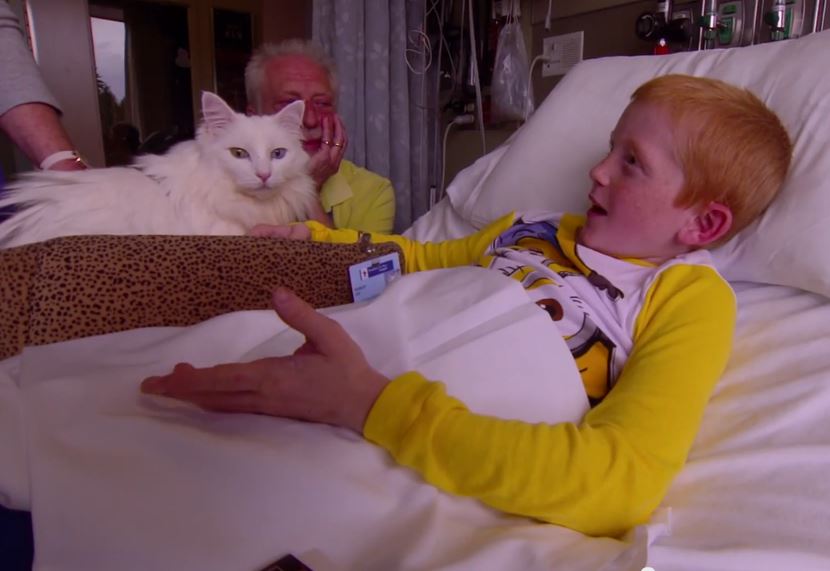 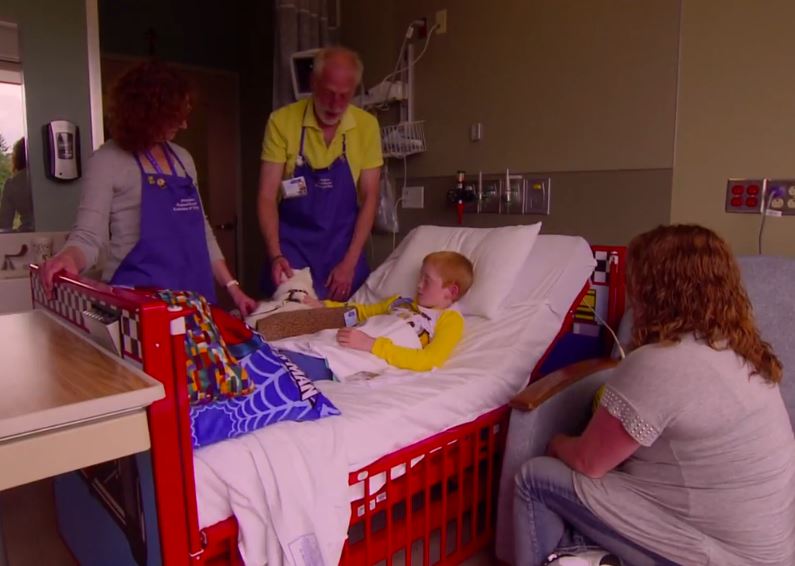 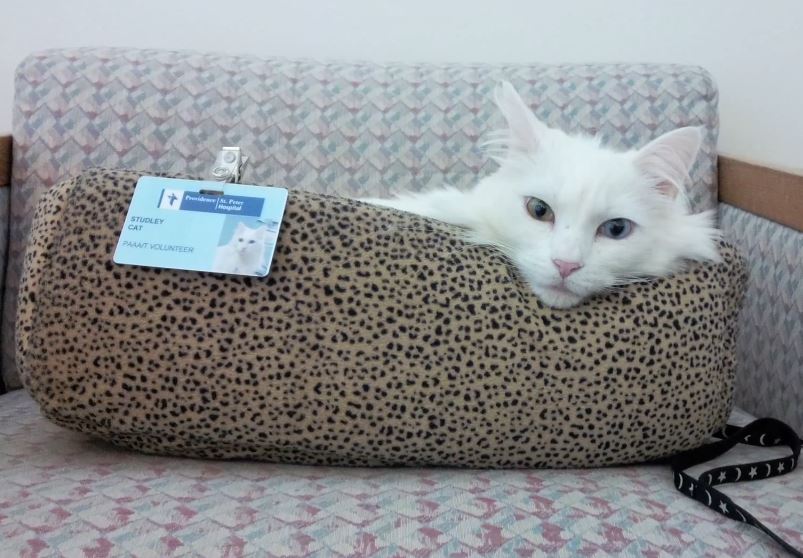 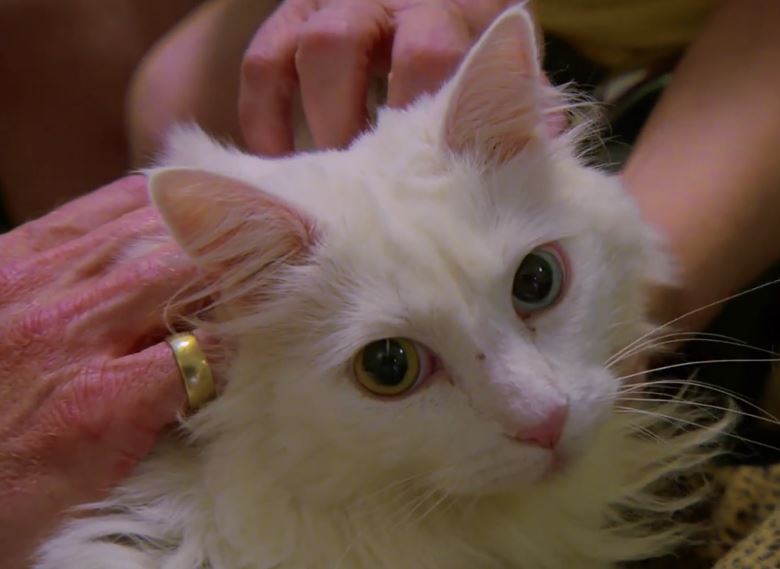