Cats seized from the Whiskerville sanctuary on Jan. 3 are caught in legal limbo as the owner fights to continue to exercise control. The director of a shelter helping to house them writes a heartfelt appeal that they be allowed to begin new lives.

Over 180 cats were taken from then Whiskerville Animal Sanctuary in Texas City, Texas. Those cats had been left to fend for themselves, starving and in filth, while 2,000 pounds of premium food sat in a shed. Owner Wydell Dixon is fighting to prevent the cats from being released for adoption, so they must remain in shelters until her legal challenge is resolved. Dixon’s lawyer has promised to draw out the case by challenging a new state law that says owners of seized animals must contribute to the cost of their care. 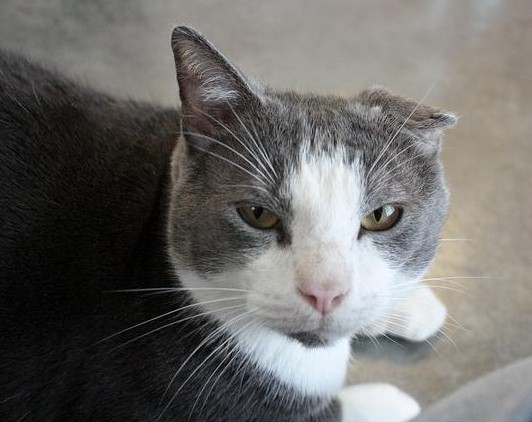 More than eight weeks have passed since 186 cats were rescued from the Whiskerville “sanctuary.”

Everyone felt the horror of the situation and their condition when the cats arrived at the county shelter. We brought 34 cats to our shelter. Initial care involved hydration, food, intense grooming, antibiotics, testing and lots of love.

An appeal went out to volunteers for daily care. We are now housing 39 cats.

After the county was awarded custody of the cats, the appeal process began. Whiskerville Animal Sanctuary Inc. owner Wydell Dixon said she wants the cats back she loves so dearly. This appears to be a case of her trying to win a battle, no matter the cost.

The cost we are concerned about is the health and happiness of these cats. It is apparent she and her lawyer feel it is more important to win the challenge of whether she should pay the four shelters to house the cats that were so neglected while they proceed. Most of these cats want nothing more than a home, a lap to sit on, people to love them and consistent care. Instead, we have to hold them while we all wait in limbo for the challenges to continue.

Yes, the cost of care is rising each day. Two government shelters, which operate with tax dollars, and two nonprofit shelters, which exist through fundraising and donations, are bearing these costs. Remember, the numbers of animals that continue to arrive daily at our shelters will not cease because of this problem.

I find two additional issues here. If these cats are so loved, wouldn’t Mrs. Dixon want them to be released into homes? No matter how good a sanctuary is, and there are good ones, nothing beats a real home.

A thought: Allow us to get started finding the adoptable cats homes while the appeals continue. Then, should Mrs. Dixon win, she can have the cats that are not adopted at that point. These likely will be the cats that have tested positive for illnesses or that are totally unsocial because of their previous living experiences.

Secondly, why is the Galveston County Animal Resource Center, which is carrying the burden of the responsibility for the care of these cats, under fire? Several reports have mentioned there is a possibility that if the center is awarded these cats, some might need to be euthanized. I can’t answer that, but what I will say is this: The definition of euthanasia is “the act of ending an animal’s life for humane reasons.” That is not what the 24 cats were subjected to when they died of illness or starvation in the hands of Whiskerville.

We had hoped, with the attention the case received, there would be a swift outcome, allowing the shelters to put the cats up for adoption. We have plans in place to move quickly to get these wonderful cats into homes, given the opportunity. Instead, they must sit in cages and allow this game to be played out.

So, for now, cats like Grady, who is so stressed he is on Prozac; Houdini, a cat too big for a cage; and Adelaide, a 16- to 18-year-old with few teeth and going blind, must sit and wait. We, including our volunteers, take very good care of them, but again, we are not a home. Many have homes waiting for them. How long will this go on? 3 thoughts on “A Plea to Release the Whiskerville Cats”