GAINESVILLE, TX—Alley Cat Allies is offering support and legal assistance to a 76-year-old Gainesville man who is presently in jail for caring for and feeding cats.

“This is a truly disheartening miscarriage of justice,” says Becky Robinson, president and founder of Alley Cat Allies. “Compassion should not be criminalized, but that is exactly what this man was arrested for—simply providing food for cats. We are proud to offer any assistance to this gentleman who provides a service to the cats and Gainesville.”

Alley Cat Allies is now working to repeal the local feeding ban, so that no one in Gainesville who feeds cats will have to fear legal action, fines, or jail time.

Robinson added that Alley Cat Allies is committed to changing Gainesville’s ordinances to allow people not only to feed cats, but also the freedom to start a Trap-Neuter-Return (TNR) program in the city.

“What Gainesville needs is a Trap-Neuter-Return program that will provide neutering and vaccination for the city’s community cats,” says Robinson. “Locking up innocent people for being compassionate to cats doesn’t help anyone. It’s counterproductive and does nothing to help decrease the community cat population. Only Trap-Neuter-Return can do that.”

In a TNR program, community cats—also called feral cats—are humanely trapped and taken to a veterinary clinic for spaying, neutering, and vaccination. The tip of the cat’s left ear is painlessly removed while under anesthesia, indicating that the cat has been neutered and vaccinated. Unsocialized cats are returned to their outdoor homes, while friendly cats and kittens are fostered before adoption. TNR works. By ending the reproduction cycle, and stopping behaviors associated with mating such as yowling and spraying, community concerns are addressed and calls to animal control greatly decline.

Alley Cat Allies has helped communities across the country adopt lifesaving programs for cats like Trap-Neuter-Return. Trap-Neuter-Return is an established, mainstream program that provides care for community cats and keeps them out of shelters. In addition to the over 600 nonprofit groups nationally practicing TNR, there are more than 450 cities and counties with official ordinances or policies endorsing TNR for community cats.

Individuals can learn more about Trap-Neuter-Return at www.alleycat.org/casefortnr.

About Alley Cat Allies
Alley Cat Allies is the only national advocacy organization dedicated to the protection and humane treatment of cats. Founded in 1990, today Alley Cat Allies has over half a million supporters and helps tens of thousands of individuals, communities, and organizations save and improve the lives of millions of cats and kittens nationwide. Its website is www.alleycat.org. 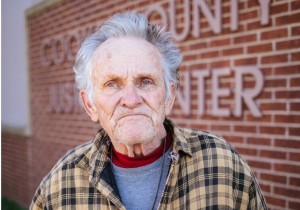