A sweet kitten named Petra is getting a second chance after someone packed her up and abandoned her.

Petra was dumped in a plastic box, shoved inside a zipped up carryall bag, and thrown over a fence near Brighton, UK.

The tiny black six to eight week-old was found in a lethargic state in a garden in Vale Road, Portslade on the afternoon of Wednesday, October 15. She had been sealed inside a plastic container with just a few airholes in its purple lid, and then put inside the outer bag.

Petra, was discovered thanks to good luck, and was taken to the RSPCA’s Brighton and East Grinstead Animal Centre in Patcham and, thankfully, she recovered well. Despite her trauma she was in good condition and appeared to have been cared for by someone before her abandonment. After just a few days, she has already been rehomed.

She could easily not have been found

“This poor little thing could have starved to death had this kind man not been looking out of his window when he was and spotted her.

“Not only was she tightly fastened inside the box, but someone had heartlessly gone out of their way to make sure she really had no chance of escape by putting her inside a holdall too.

“She could easily not have been found inside all that packaging. We don’t know how long she had been like that but it is unlikely she would have survived that much longer.

“As it was she was incredibly weak and traumatized when she was found but has since perked up and become a cheeky little character. I am not surprised it took someone so little time to fall in love with her and adopt her.

The RSPCA is investigating the case and is asking the public for help in finding the person who tossed Petra away.

Thanks to the Good Samaritan who saw and rescued her, and to the shelter and her adopter, Petra is beginning a good, new life. 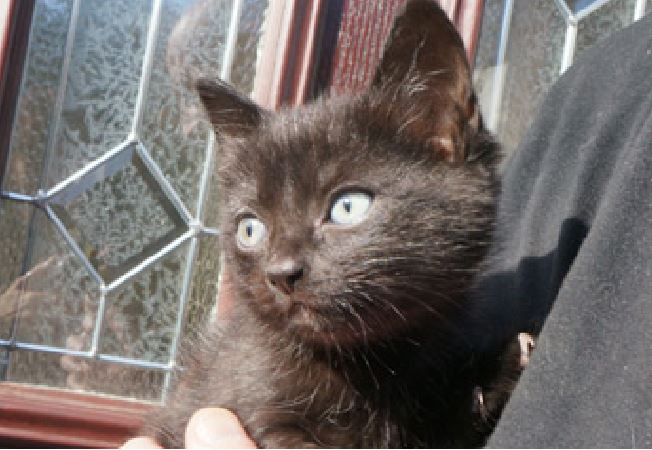