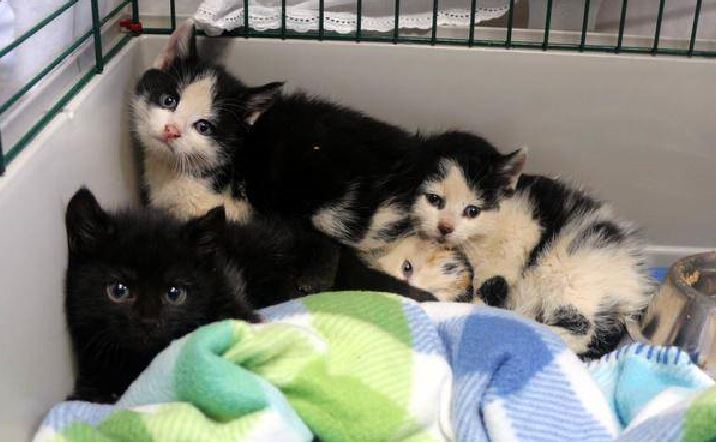 Halifax Port Authority workers not only rescued a litter of four kittens they discovered in harms way; they waited a few days before moving the kittens in case Mama cat might come for her babies.

Early last week, workers heard sounds coming from the area around a large excavator recently unloaded onto the docks from a ship. They saw the tiny kittens in the excavator’s tracks and, after waiting to see if Mama was nearby, set their rescue plan in motion.

Stevedores, truck drivers and port workers worked together, staking out the area and collecting the kittens one by one and placing them into carriers. The kittens were hiding in very tight spaces the rescuers could just barely reach into.

The 5 week old kittens were transferred int the care of the Nova Scotia SPCA’s Provincial Animal Shelter in Burnside.

Rescuer Kevin White spoke to the Chronicle Herald, telling about the rescue and saying “It’s all a mystery,” where the kittens came from. While it might seem that the kittens travelled with the excavator, White said it wold have been a dangerous trip for them.

He summed up the story saying: “We were sure happy that they were safe.”

The excavator was due to be loaded onto another ship and the kittens were lucky to be discovered and rescued before the large machine was moved. 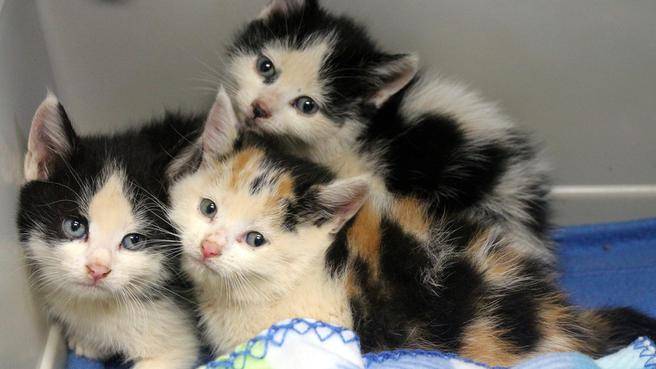 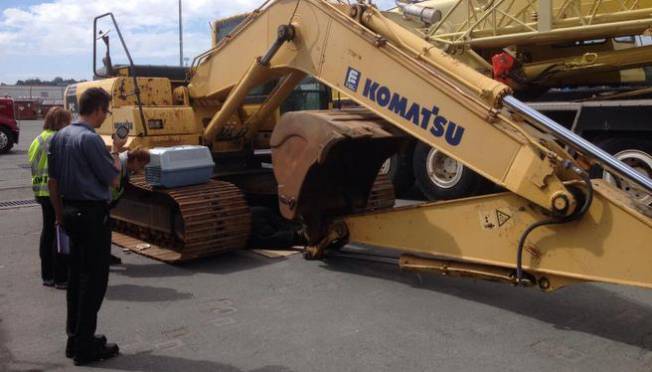 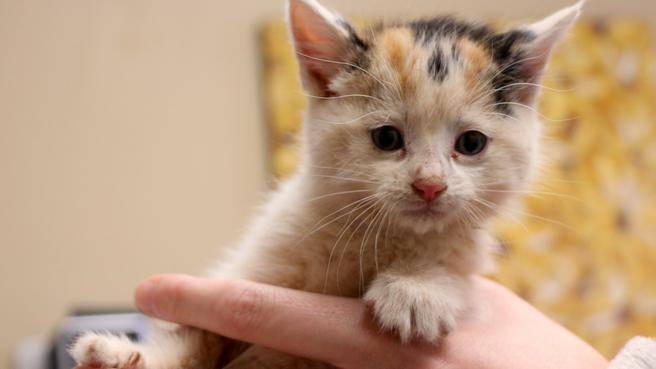