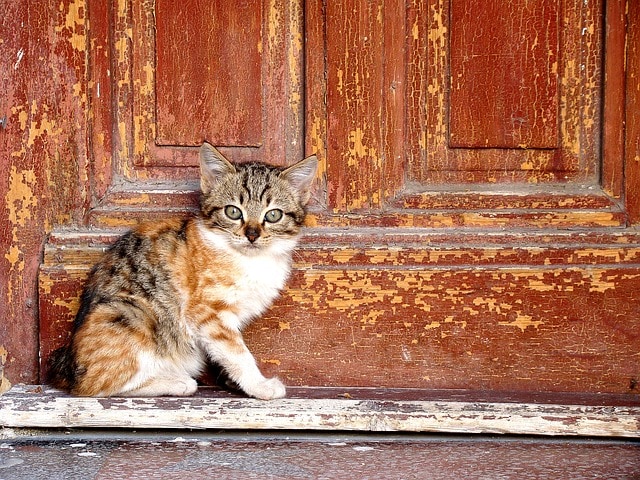 For many, pets are a hot button. There isn’t anything some wouldn’t do to keep their animals safe and protected.  Such is the case of a man who pulled a gun when someone threatened to kill his cat.

When Joseph Hendricks and his wife were looking for their cat, they did as many would. They walked their street, yelling for kitty to come home.  Hendricks thought he had seen his cat run onto his neighbor’s property and wanted to see if it was there. The neighbors, who has just returned from logging, refused to allow the couple to come into their property, citing insurance and liability issues.

An argument ensued, ramping up quickly to the point where, according to the police report, the neighbor told Hendricks, “From this day forward, any animal on this property will be a dead animal.” Hendricks responded to the threat by pulling a gun on the neighbor. He then proceeded, allegedly, to tell the man if he [the neighbor] killed his cat, he would kill him. Hendricks then went back home.

When local police arrived at the Hendricks’ home and questioned the couple about the dispute, Hendricks explained to the officers the situation.  At seeing his cat run over the road onto the property of his neighbor, he and wife went over to get the cat. When his neighbor refused him access, according to the report, Hendricks admitted to pulling his gun and threatening to kill the neighbor if the neighbor killed one of his cats.

Hendricks was arrested by the officers for aggravated assault, his gun confiscated, put into evidence, and he was transported to jail.

In situations, such as this, a plethora of questions to come to mind. It would be frightening for any pet owner who is trying to locate their animal to have such a confrontation. How someone reacts and responds depends on a variety of issues, including the immediate circumstances and the relationship of the individuals involved. Granted, gathering information from a report from a single party will only show one side of the story, but it does make one wonder, as did one individual who commented on the Herald Courier website in response to the article, who bears what responsibility.

“That seems like a severe reaction to the guy seeking his cat. Why isn’t the party that promised to kill his cats being confronted for his part? Isn’t it illegal to kill pets in most states? Hendricks cats are part of his family. If someone tells me they’re going to kill my family, I’m going to do what I can to defend them. I would probably feel powerless with few options, being told I can’t look for my cat and that the guy is going to kill him/her. We need to use mediation more often.
Really good use of tax payer money. Reform needed.”