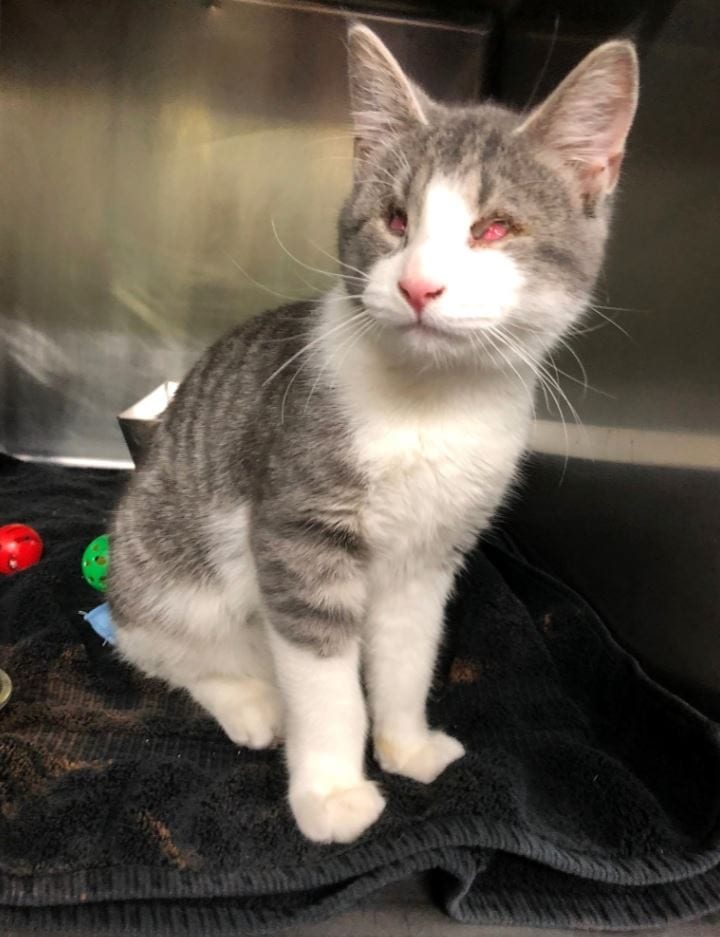 Murdock was left inside a taped cardboard box in the shelter parking lot underneath the car of an employee.  Thank goodness Megan Brunsting, shelter manager at Harbor Humane Society, was alert.

“He was shaking and obviously scared. I got him inside and realized that not only did he not have any eyes, but the place where his eyes belonged were infected with green discharge,” she posted on the organization’s Facebook page. 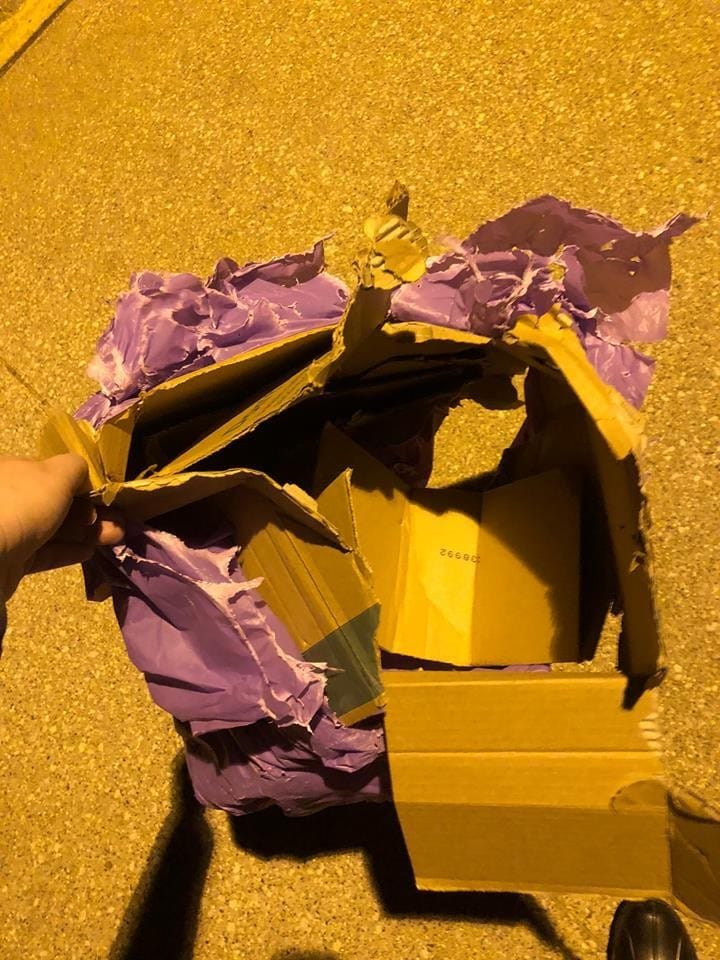 According to MLive,  how he lost his eyes is a mystery, but they are reporting the incident to authorities at Ottawa County Animal Control (note: update regarding Murdock’s eyes is in video below). Their greater concern, however, is how the cat was left just outside the shelter, abandoned and in a box purposefully put under a car. A part of Harbor Humane Society’s mission is not only taking in stray animals, but working with people need to surrender their pets.

“At this point, I obviously realized he was abandoned. I can only guess that someone saw my car covered in cat decals and thought I would get their cat taken care of, but failed to realize I could have easily ran him over and I’m lucky I somehow missed,” Megan shared.

Murdock is currently being cared for by staff at their Mt. Olive location and anyone interested in donating to his care can  click here for information.