Call it what you will, strange, goofy, or hilarious, but there is one thing nobody can deny about this unique new kitten announcement.  It has gotten everyone’s attention.

“Part of the reason it’s been so popular is because of the polarity of people’s responses,” Lucy Schultz, a professional wedding photographer, told 9News, “You either love it or hate it, and there’s a lot of discussion going on.” 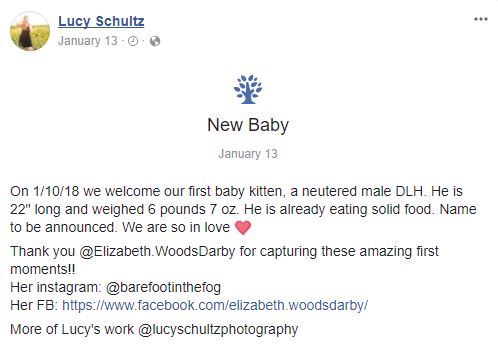 Originally, the post was done privately on Facebook, but the responses were so varied, Lucy, her boyfriend, and friend/photographer, Elizabeth Woods-Darby who captured the event, decided to make it public. 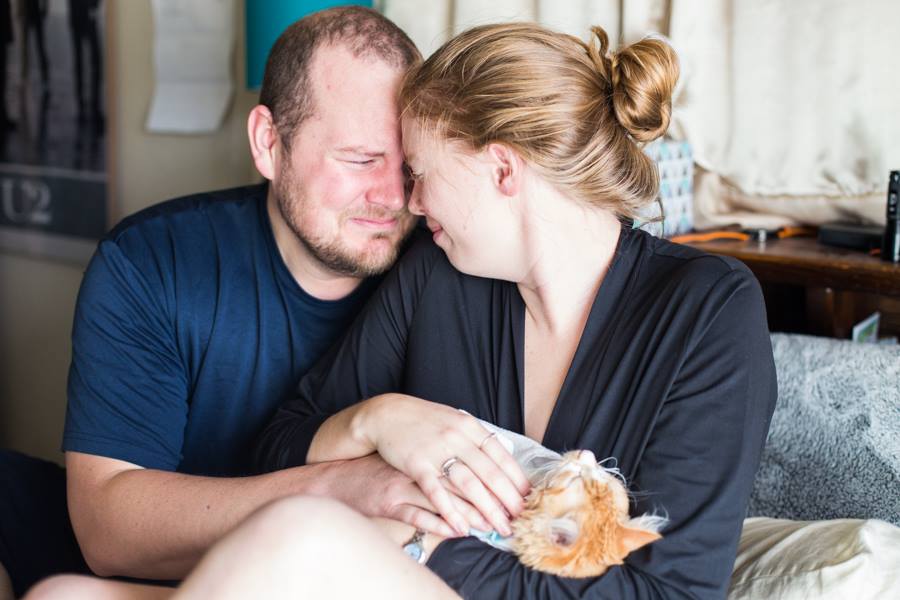 Having seen a myriad of announcements of all types, she offered up this simple explanation; “So I’ve been thinking of this idea for a while becaus’e I’m totally a crazy cat lady who didn’t have any cats. So, I decided as soon as I got a cat, it’s a big milestone for me and sort of like the hallmark of me settling down and starting my menagerie of future cats, and so the first one is pretty special.”

Whether you appreciate the announcement or not, it certainly has gotten the word out that Lucy has a new cat!