cat news, sale of dog and cat meat in U.S. 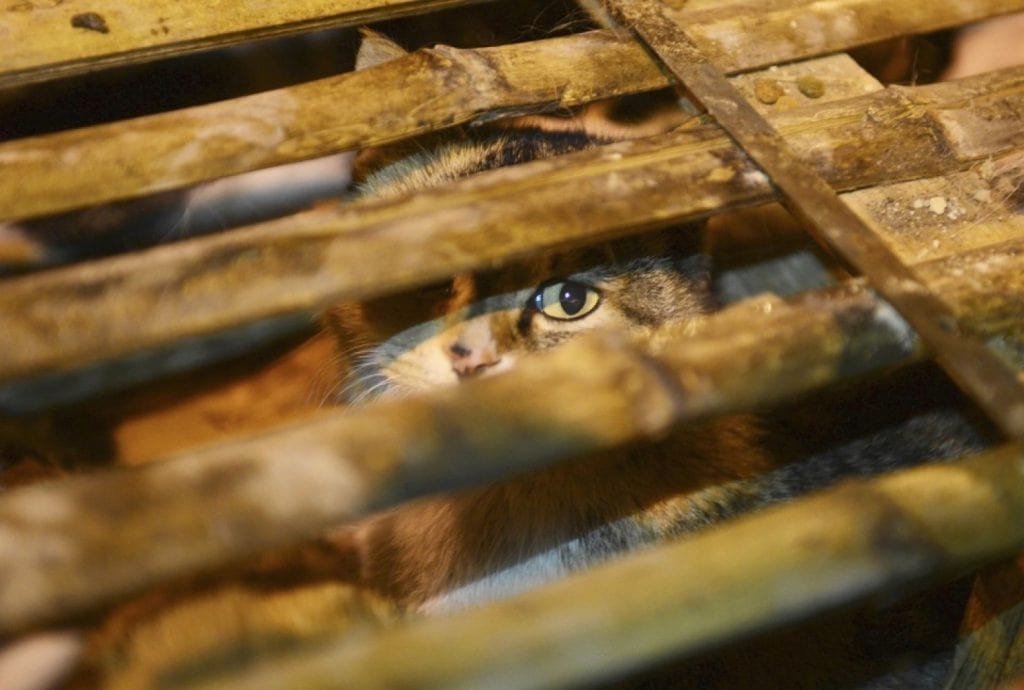 Florida lawmakers want to ban the eating of dog and cat meat in the United States and also send a message to China.

Although dog meat consumption in the U.S. is “limited,” according to The Hill report, “most states still allow dogs to be raised and sold for meat. Only California, Georgia, Hawaii, Michigan, New York and Virginia have banned such practices.”

“I think that some people initially considered the idea of killing dogs for meat far-fetched,” Wayne Pacelle, president and CEO of the Humane Society of the United States, told The Hill. “But the very real butchering of dogs in Yulin reminds people that it is a very serious and disturbing issue.”

According to the report on The Hill, “the Dog and Cat Meat Prohibition Act of 2017 from Reps. Alcee Hastings (D-Fla.) and Vern Buchanan (R-Fla.) would amend the federal Animal Welfare Act to establish legal standards against selling those meats, currently allowed in 44 states.”

Lawmakers updated the bill Thursday to include language calling on all nations to join the effort and to enforce existing laws.

“We are very happy to have the support of so many activists who have taken up this issue with their own members of Congress,” Hastings told The Hill Thursday. The bill has 166 co-sponsors; it was sent to a House Agriculture subcommittee.