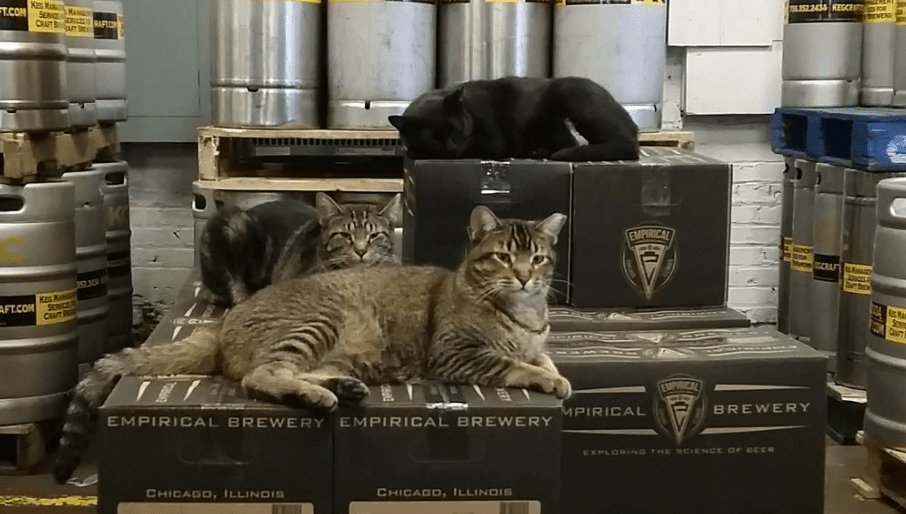 Venkman hasn’t got much use for beer, but he likes to nap on the cardboard cases. And he has a cool cat posse. He’s so popular that some people take the tour at Chicago’s Empirical Brewing just to see them. He has his own Twitter account and was recently featured in a CNN article about how feral cats are being used to tackle Chicago’s rat problem. 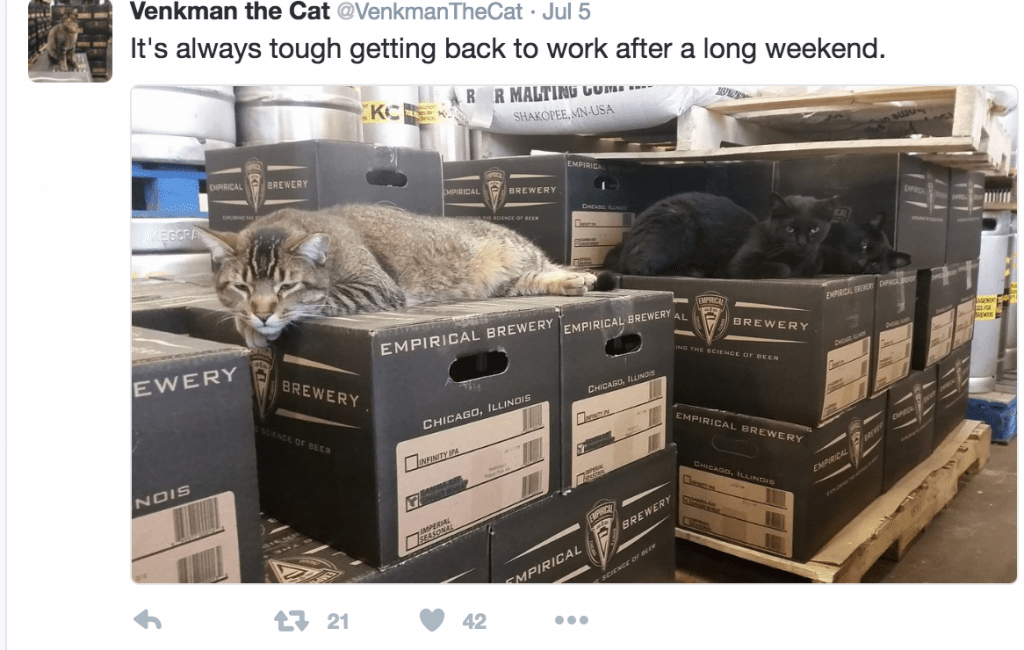 Venkman and his rat squad aren’t feral. They’re kind of spoiled, with toys and a mutli-story cat house with shelves, windows and a door.

But their hunting instincts are formidable, and they do a good job protecting the brewery’s supply of grain from the huge rats that used to spook workers, according to the CNN article. “They provide us with a lot of comfort and fun during the work days,” said head brewer Nevin McCown. “And they keep my grain safe.”

The cat posse includes Ray and Gozer, aka the Destroyer of Hearts, for obvious reasons. Here’s Gozer on the sofa with Venkman.
And here’s Venkman amidst all those giant steel canisters that have something to do with making beer.
Before the brewery got its colony, the staff lost 200 pounds worth of malt over the year. Now the grain is safe and the cats have become beloved staff members.
To learn more about Treehouse Humane Society’s Cats at Work program using managed feral cat colonies to combat rats in Chicago, you can go to the Treehouse Cats Webpage.