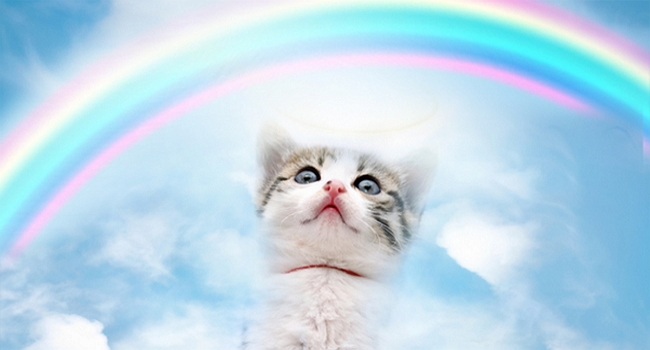 Po, the cat, was a fighter, but given the trauma his poor body endured, he traveled to the Rainbow Bridge earlier this month.  Found at the Harrison Cemetery in Ft. Worth, he had been critically burned and stabbed when rescuers came across him as they responded to an emergency call.  It appeared his injuries may have been done as some sort of ritual, given the evidence that had been recovered.

Subsequent reports shared he was doing better, but still had a long way to go.  Many people, from across the nation and around the world,  followed along on Animal Hope’s Facebook page for updates.  Sadly, NewsFix reported his passing, but offered a bit of optimism that, perhaps, Po was meant to remind people of all the animals that are in need help and looking for their own forever homes.

For Po. and all the other animals out there, please remember to adopt, don’t shop.  It’s a simple legacy for a brave cat who fought his hardest to survive against the greatest of odds.