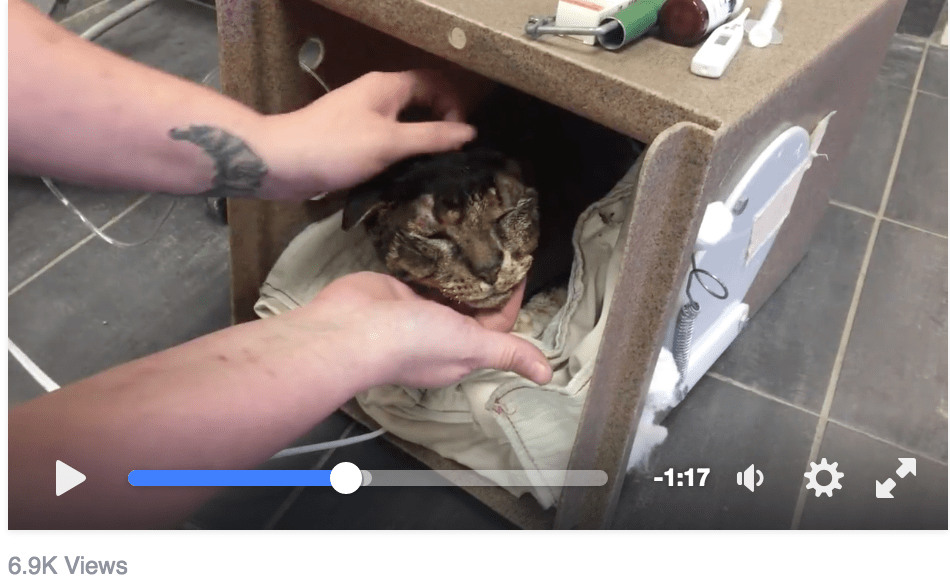 Po the cat is stable, purring and eating cat food, according to the dedicated care givers at Animal Hope Pet Adoptions in Forth Worth. The one-year-old male tabby cat was burned and stabbed in what appears to have been a ritual carried out in a Ft. Worth cemetery where the cat was found and rescued. 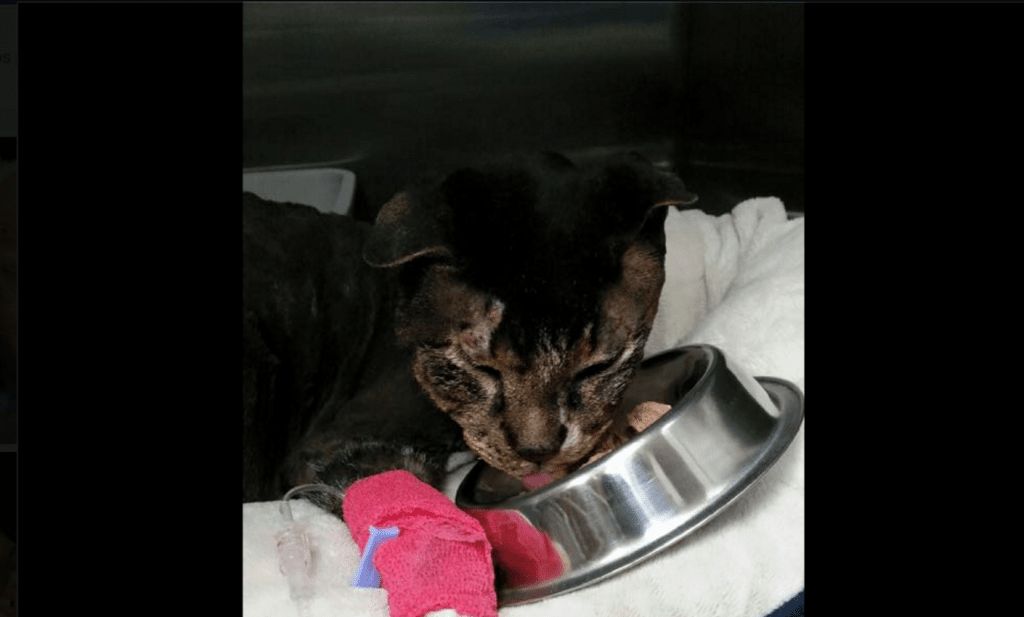 He’s purring when rescue workers pet his head. “He’s very, very sweet,” said one young woman,  who is seen caressing Po’s head in a video on the Facebook page for Animal Hope Pet Adoptions. “We got Po to eat,” read a recent, upbeat post. “This is a serious case,” said the veterinarian, Dr. Lee, (shown below) who treated Po. “He’s going to need a lot of attention, love and care.” 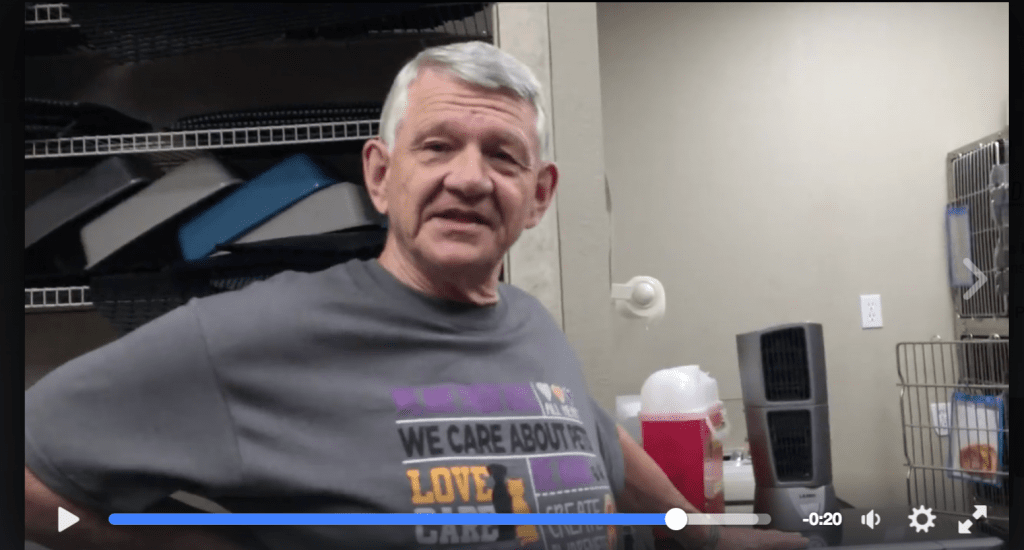 An unidentified rescue worker at Animal Hope had this to say about what lies ahead for Po:  “I was just talking to the doctor. He says Po is eating and is stable, but the real challenge is going to come in the next week or so. As the [burned] skin starts sloughing off, you start dealing with the risk of secondary infections. That’s the big challenge of the next couple of weeks.” Fort Worth Police and Firefighters stumbled across a male cat at a historic cemetery amid candles, a knife, cigars, and a crucifix, among other items. The cat was severely burned and an Animal Hope spokesperson said that his fur still smelled of some type of accelerant. Police suspect the cat was used as some part of a sacrifice or ritual, according to a report on ABC News  Channel  WFAA . The animal caregivers who treated Po had this to say: “Sometimes when you see what someone has done to an animal all you can say is ‘WTF, Humanity?’ Congratulations, nameless stranger, you’ve reaffirmed humanity’s excellence in that one trait that dogs and cats lack: malice.” An investigation is underway.  Multiple items collected at the scene have been sent out for DNA analysis. The public is asked for any assistance with this case and may contact detectives at 817-392-3909.