Sometimes things happen in life that make you reevaluate what you have done.  Such was the case of author Carol Blakely when she coded for two full minutes during an operation.  When she awoke, she found herself questioning her life and realized there was no time like the present to start ticking off some of those things she had not yet gotten around to as yet.

Carol had gone to UCLA to study script writing and always knew she had wanted to write a children’s book.  She found her inspiration in Dusty, a family cat whose real-life adventures living on the Blakely’s mini-farm many years earlier resulted in his sneaking into the car to make an appearance at the Benton County Fair.  The book, titled after its lead character, subsequently looks at life on the farm through his eyes, meeting other animals and, yes, going to the country fair.

While the motivation for this story is rooted in a traumatic experience and sudden call of revelation, it is also serving a higher purpose for Carol, as a portion of the proceeds will be going to the Doernbecher Children’s Hospital in Portland, OR.  Her incident in the operating room back in 2011 led to renal failure and it required her spend a great deal of time at Oregon Health & Science University (OHSU) where she became familiar with Doernbecher.  Not wanting to have the focus to be on her illnesses, she wants to give back and this is her small way. 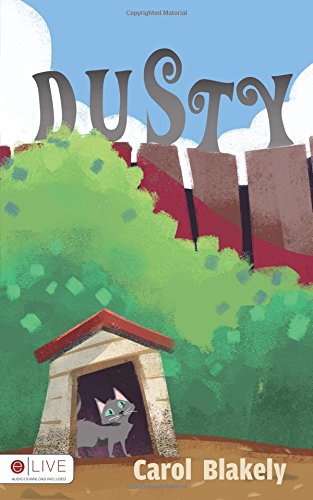 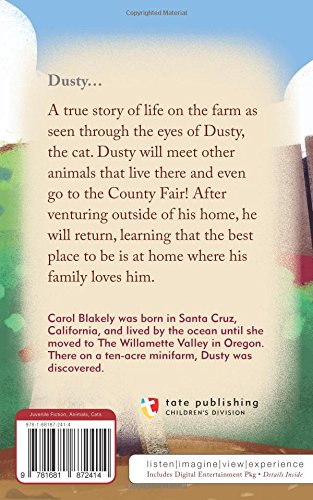 Dusty is available at tatepublishing.com/bookstore,

The way her life has shifted and her decided love of cats has come together for Carol in the form of her newly published book.  While Dusty’s tales are based on his real-life experiences, so, too, is Carol’s reason behind seeing this through.