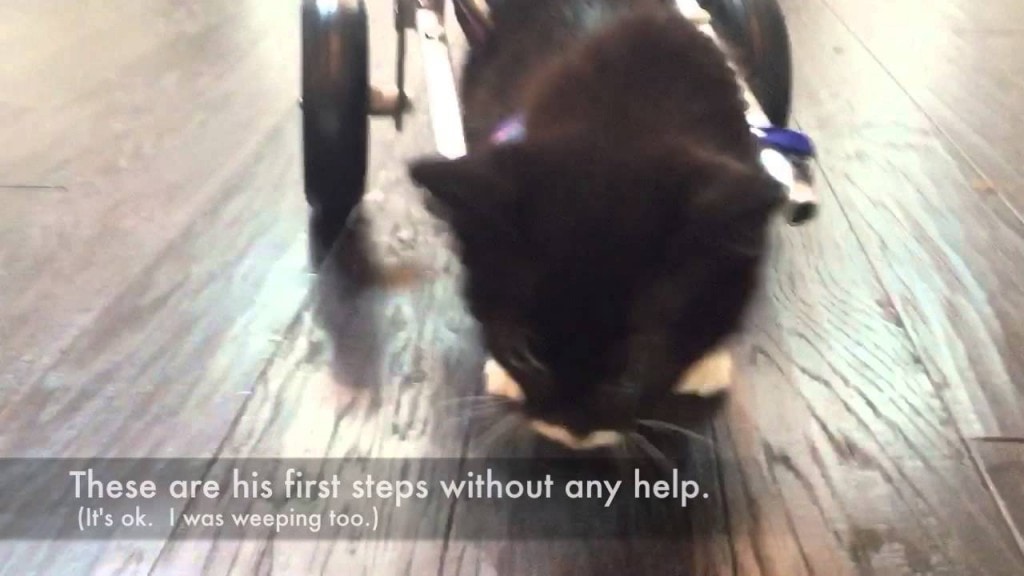 Cassidy was nearly starved and was in a bad way due to an accident and consequent infection when he was found in the woods as a tiny kitten in Langley, BC – a part of Vancouver – over the summer.

He is in the care of TinyKittens and has gained many friends and supporters through social media and his appearance on a live kittencam.

Cassidy had to have both back legs amputated as a result of his accident and infection, but he has received such an outpouring of support he has had three wheeled mobility carts provided for him by people touched by his story.

Handicapped Pets Canada fitted him for a custom made wheelchair cart, and two students designed and created a cart for him using their school’s 3D printer. He received a third wheelchair cart from a private supporter.

We shared Cassidy’s story on September 25, in our post Two-legged amputee kitten Cassidy gets his wheels!

Cassidy’s caregivers at TinyKittens posted this heartwarming video as he took his first steps:

You can watch Cassidy and his pal Topper at the the Cassidy + Topper, Feral Rescues live kittencam. There are also videos of Cassidy at the page.

We captured this image of Cassidy having a snooze off of the livestream while putting together this post: 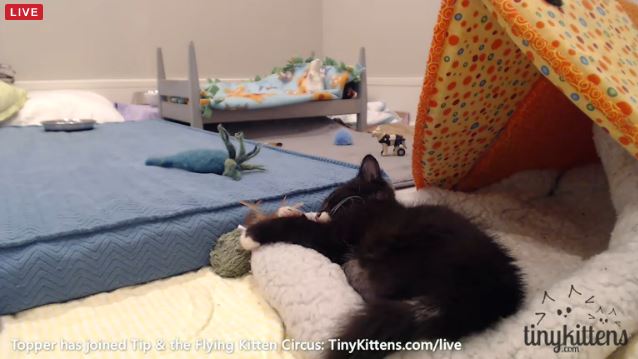 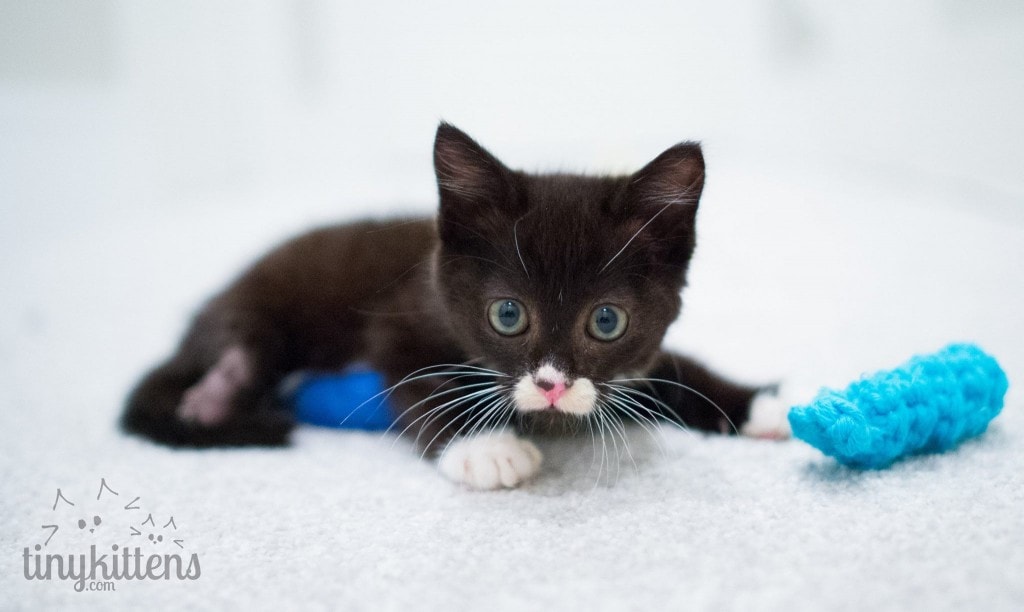