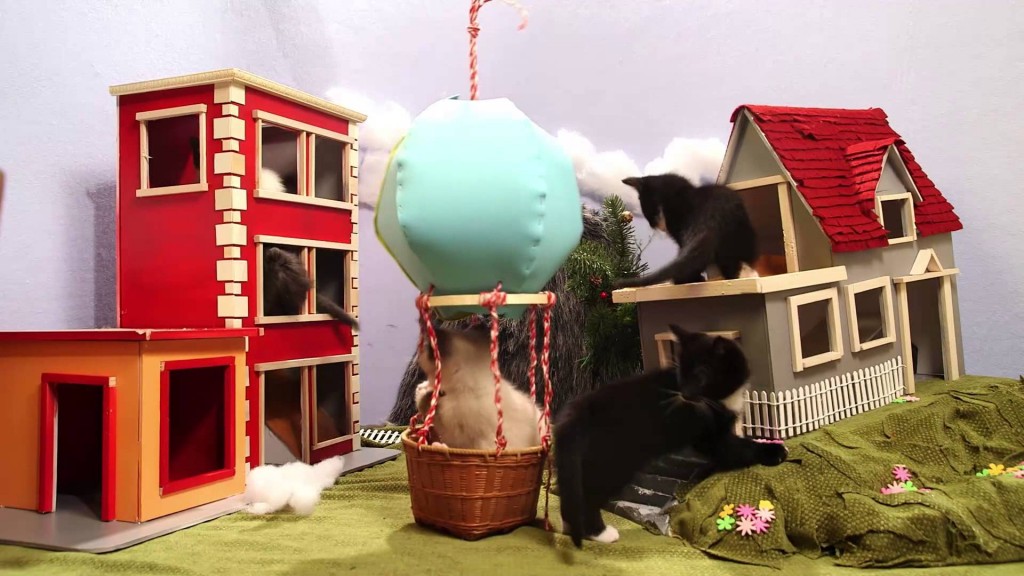 Welcome to Kitten Town. “No dialogue, no actors — just kittens.”

Filmmaker Frederick Kroetsch is using that simple yet compelling tag line for a pitch to TV producers and executives at the Banff World Media Festival in Alberta Canada this week.

The Edmonton, AB based filmmaker says of his cute and calming show Kitten Town: “It’s purrfect.”

“It turns out that parents love to watch this because they turn it on for their kids. So, our demographic is moms with kids.”

Season One of Kitten Town, which stars cute little adoptable kittens, is currently available through Telus Optik television, and Episode 1 is available online.

Kroetsch told CBC News KittenTV and Kitten Town were inspired by the “slow television” movement in Europe, where niche channels are dedicated to fjords, ferries and trains.

The show is also similar to Yule Log, which originated at WPIX in New York and is shown every Christmas. Yule Log inspired Lil BUB’s Magical Yule LOG Video, which has garnered nearly 3 million views since December 2013.

Kroetsch told CBC his Open Sky Pictures production company has yet to find interest for the show from broadcasters.

“At the end of the day, everyone just said it was too weird,” he said. “It’s very, very niche.”

The kittens appearing in Season One of the show were from the Morinville Veterinary Clinic, near Edmonton, and all of them found homes as a result of their appearances on the show.

“So the idea is they become television stars, and then they get adopted.”

Its brief introduction reads: “One by one the kittens arrive in Kitten Town on the Kitten Balloon. Possibly the cutest thing ever filmed. For the finale, a giant cat nap.” 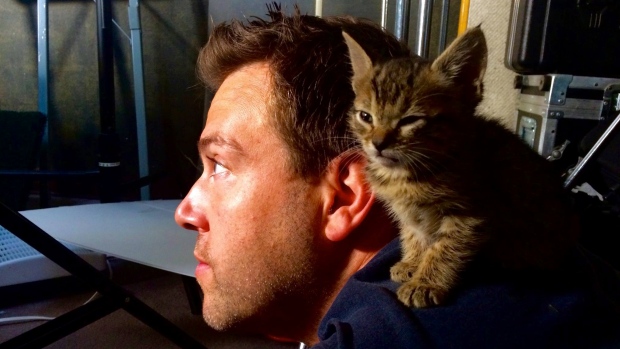