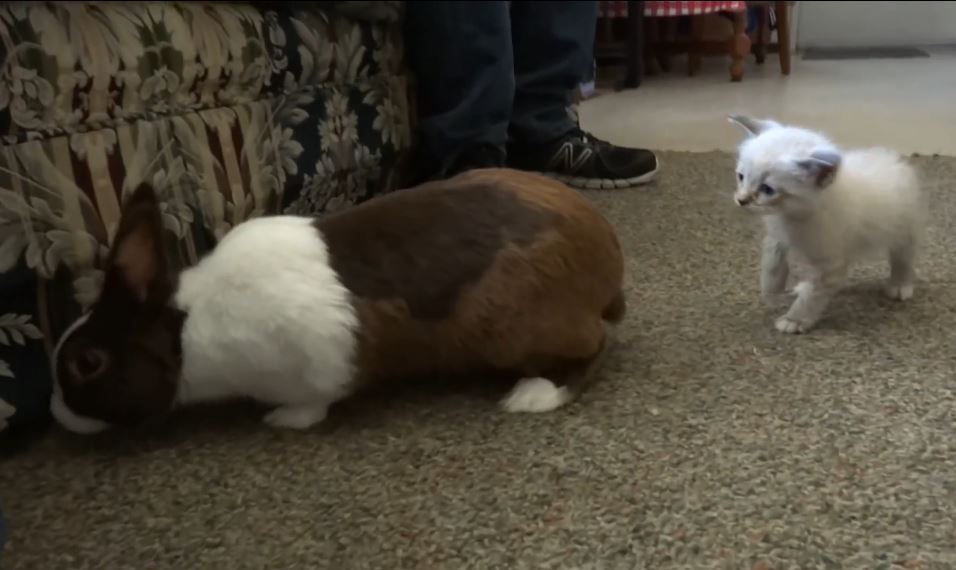 A little kitten meets a bunny in this cute video. 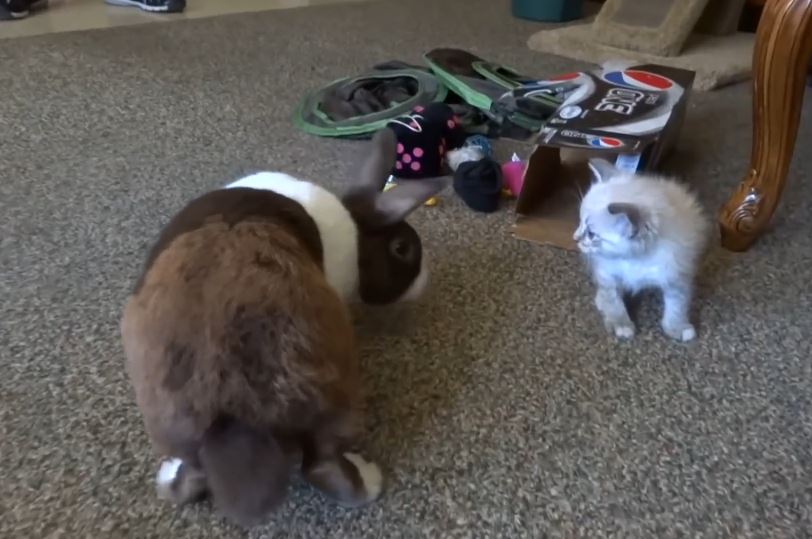 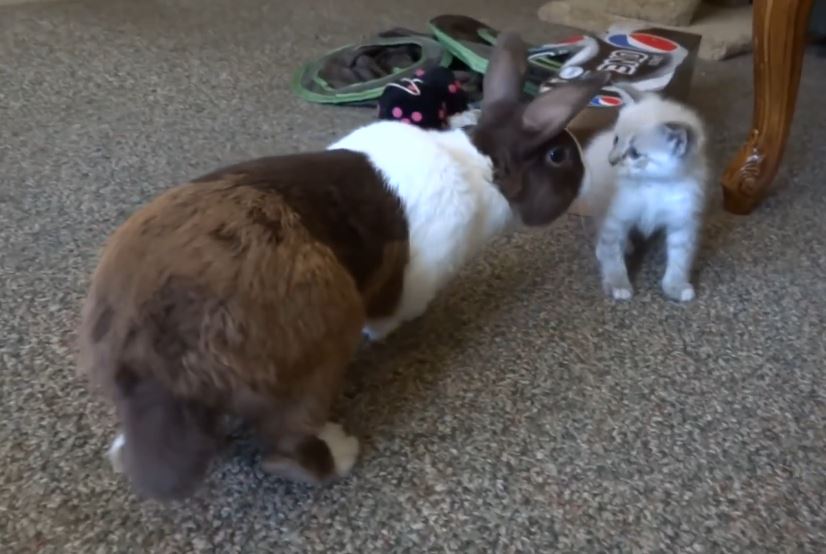 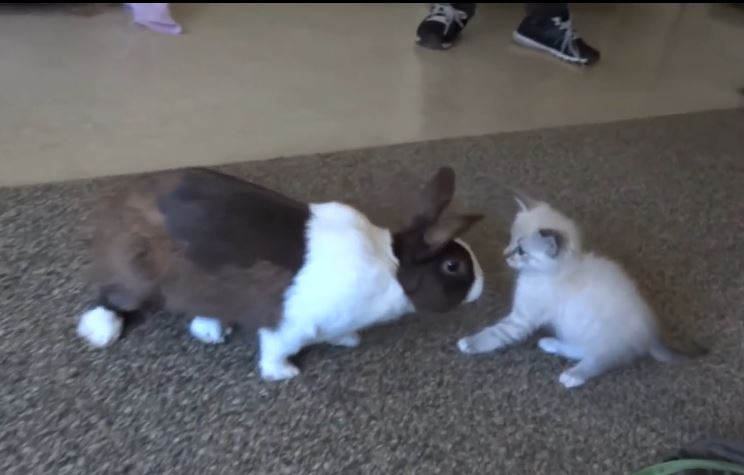 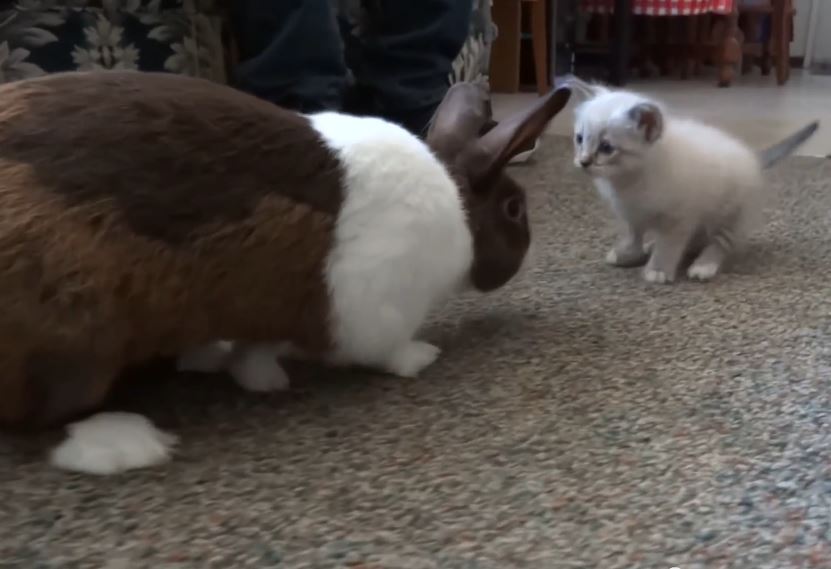