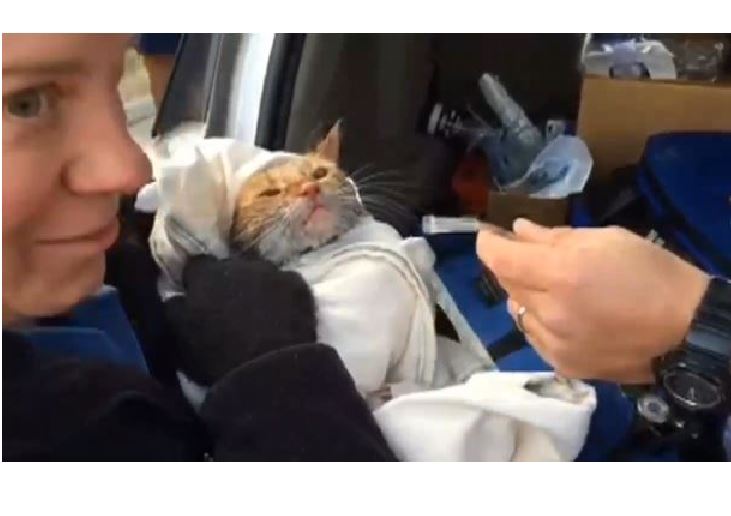 The two short videos below show raw footage from the scene. The cat is conscious but soaking wet and with black ash or debris in its fur when it is brought to the back of a vehicle for care. Kitty is wrapped in a blanket or towel before getting oxygen through a pet oxygen mask. In the second video, the rescuers check kitty’s condition after initial treatment and decide whether more oxygen is required.

Along with the cat, a two people and a dog were also rescued from the fire.

Fire officials said a man on the first floor boiling eggs started the fire and tried to put it out himself before calling 911.

Fire crews had a difficult time fighting the flames because they had spread into the wall spaces and attic by the time firefighters arrived. They say the building is a total loss.
.
Watch as kitty gets help: 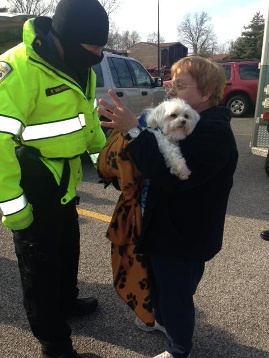