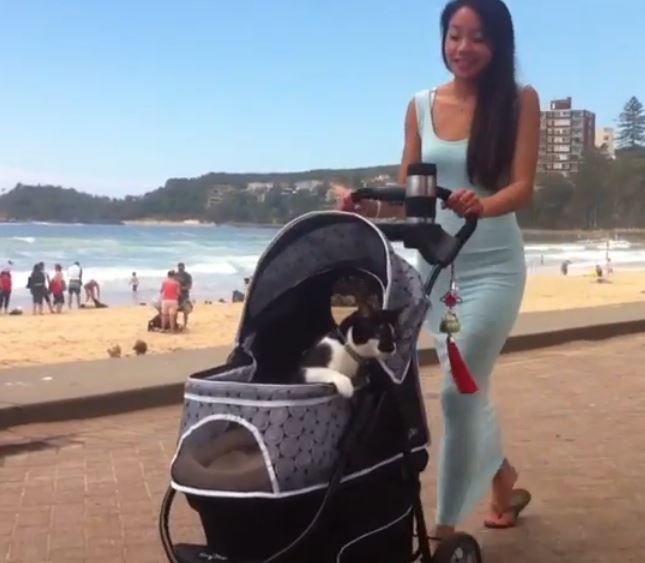 Dusty is a well known and welcome figure in his seaside community, where he is frequently seen being pushed in his kitty pram by his petmom.

Dusty lives with his petmom, Valerie Nguyen, in an apartment in the beachfront community of Manly, New South Wales, a suburb of Sydney, Australia. Valerie says she purchased the pram after a friend got one.

“I haven’t seen anyone with a cat pram besides my friend — she’s the one who got me into this — but it’s nice it’s something different,” she told a Daily Telegraph reporter..

“You can take the cat for a walk, instead of always letting them sit inside the house.”

“I thought it would be nice to take him out breathing fresh air, cruising in the open,” she said. “It’s funny because people can be stressed out at the shops but, when I come in, it all of a sudden stops.”

Children, especially, are attracted to the cat in a pram.

“He’s well-behaved and they just laugh,” she said.

“A lot of kids notice it more than adults and they will stop and say, ‘Hey that’s so cute’.” 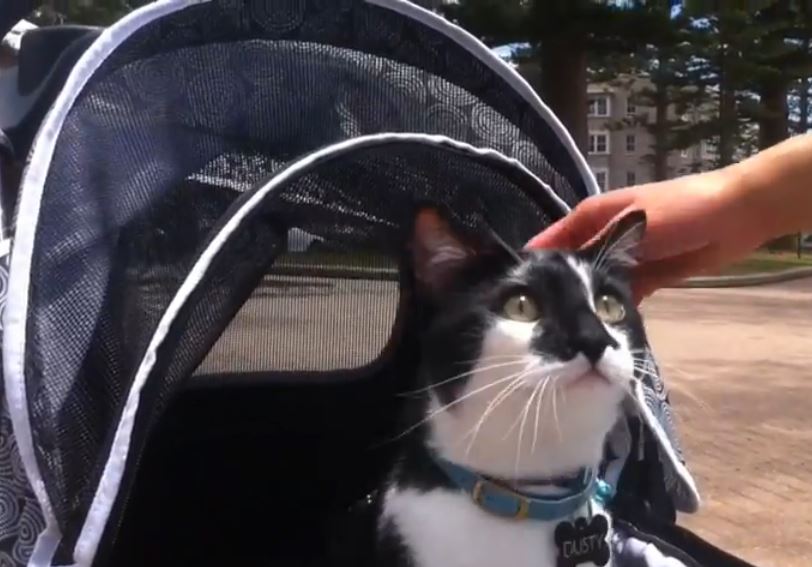 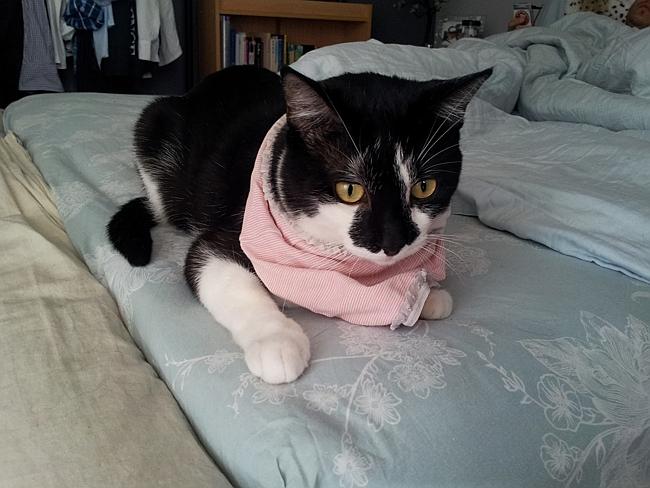 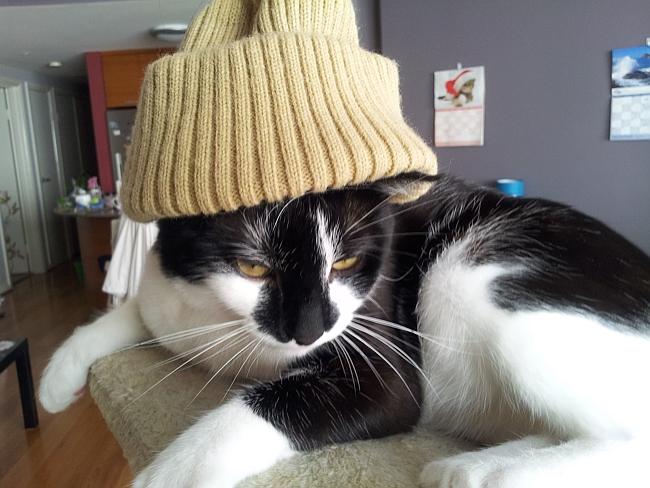 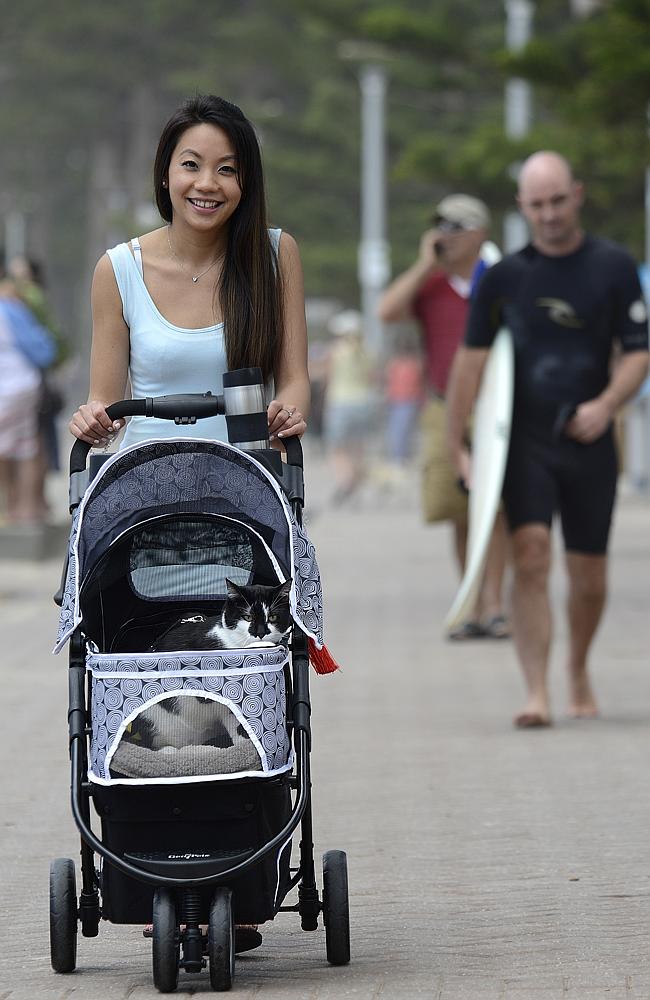 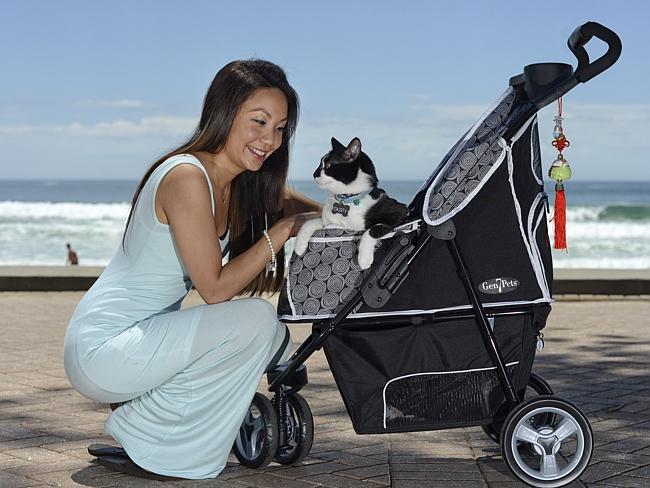 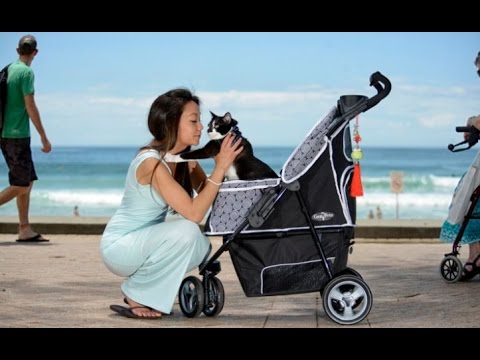 Here’s a little slideshow of Dusty Pattie lounging about at home, from his YouTube channel: