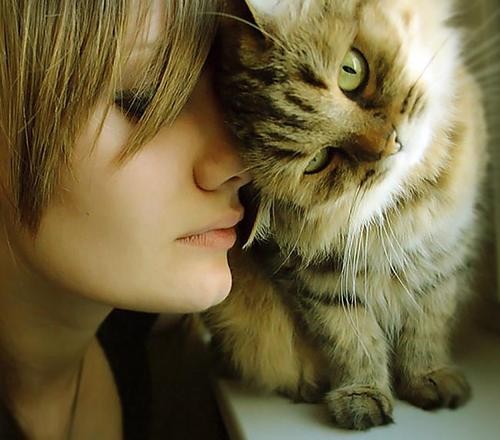 Do you really need a reason to get a cat? Well, here are five of them in case you do!

Why should you own a cat? Here are five good reasons:

Owning a pet is good for your heart – physically & emotionally. Just 15 to 30 minutes of quality time with a cat can boost your production of ‘feel-good’ serotonin while decreasing your cortisol output. High cortisol levels are connected with high stress, high blood pressure, high cholesterol and hypertension.

Studies show that cat owners visit their health care providers doctors 12% less frequently than those without pets while a 20-year study reported in 2009 found that people who owned a cat were 40% less likely to die from a heart attack.

Other health claims include improved immune function, reduced stroke risk, and lowered triglycerides. Anecdotal data on cats detecting seizures has prompted research on cats’ ability to identify changes in their owners’ biochemical “scents.” Cats purr at a frequency that has been shown to promote bone healing in patients with fractures. Studies have also shown that nursing homes allowing cats as part of their patients’ therapy have lower medication costs than facilities without cat pet therapy.

When you are concerned with caring for another creature, it can help you take your mind off your worries. Being able to care for an animal, petting a cat or having a cat snuggle with you can help you feel better while reducing your level of stress. Playing ‘chase the laser pen” with a cat immediately improves anyone’s mood.

Cats can be particularly supportive during difficult times. People in mourning report talking to their pet helps work out their feelings, since cats don’t judge or offer solutions; they just listen & love – both most soothing to the mind. To quote Nobel Peace Prize winner Albert Schweitzer: “The only escape from the burdens of life are music and cats.”

Studies are showing that children born into cat households are less likely to develop allergies and asthma, probably because being used to pets from an early age triggers immunity responses. Having & caring for pets can also increase children’s sense of empathy – concern for the feelings and needs of others – that transfers to their interactions with other children. An increasing number of studies are focusing on this ‘pet factor’ in helping autistic children deal with social interacations and communication.

Children raised while caring for pets have also been shown to have higher self-esteem, better cooperation skills, more willingness to share and a greater sense of responsibility toward others. And everyone who grew up with a pet can remember feeling at some point that their pet was the only one who truly understood them.

Cats provide a number of benefits that can lead to a longer life, including social interaction. Stereotypes aside, cats can be just as good companions as dogs, especially for women. A 2003 Swiss study found that having a cat in the house is the emotional equivalent of having a romantic partner.

A study of British pet owners found that people who owned cats tended to be smarter than dog owners (both in IQ and education levels). It’s not the having of a cat that makes you smarter; the thinking is that since cats require less attention than dogs, they are a better choice for the busy intellectual who works longer hours.

Another British poll found that 82% of women were more attracted to men who like animals with 90% saying men who own cats are “nicer” than other guys. Male or female, cat owners are also considered less manipulative, more modest and highly trustworthy.

And, if you’re trying to ‘go green’, cats are the pet for you. A 2009 study found that the lifetime resources needed to feed a dog make the same eco-footprint as that of a Hummer. Meanwhile, cats (which eat less and prefer fish to corn or beef) have only the approximate carbon footprint of a Volkswagen Golf.

Many ‘empty nesters’ also find cats a happy substitute for the children who are out on the own. As Ronald Reagan once noted, “We have three cats. It’s like having children but there is no tuition involved.”

We’ve all seen them: Those adorable cat pictures & videos on the Internet (and America’s Funniest Home Videos). Cats in funny hats, cats in funny places, cats reacting in funny feline ways. As a cat owner, you too could produce humorous yet humane visuals that go viral or win you cash & prizes.

You can also make new friends online from all over the world as you share your love of cats and your own cats’ antics.

The Klein Animal Shelter in Jacksonville, Florida shared these excellent reasons in a press release that encouraged local residents to adopt from the shelter and told a bit about the cattery and the helpful staff, who know the cats well and can help match them with potential adopters.