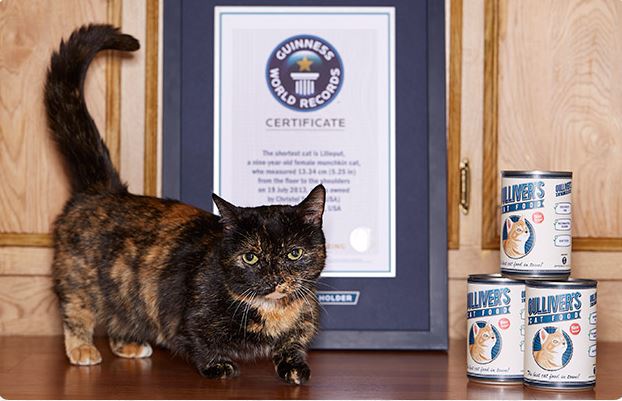 Despite a claim by breeder Tiffani Kjeldergaard  the owner of Pixel, a tiny Munchkin cat who was in the news for  her short stature earlier this year,  a different Munchkin cat has been named Shortest Living Domestic Cat by Guinness World Records for their 2015 edition.

The officially designated new shortest cat is Lilieput, a now 10 year old female Munchkin cat, who measured 13.34 cm (5.25 in) from her shoulders to the floor on July 19, 2013, and is owned by Christel Young (USA) of Napa, California, USA.

Christel Young is a professional pet sitter who found Lilieput as a stray several years ago when the kitty was two years old and adopted her. She applied to Guinness World Records via their website.

“She is unique and I set out to prove that” said Christel.

According to a feature in the Napa valley Register, Lilieput is a survivor who endured a near-fatal pregnancy and the August earthquake.

Christel told the paper that over the years Lilieput has been the object of scorn and has been belittled as a “freak” or “weirdo” for her size and appearance, but now that she is a wold record holder the comments tend to be kinder.

“I’m getting more astonishment from people like, ‘Oh, look how cute!’ or ‘She’s adorable!’ I’m getting a lot nicer comments about her.”

“I get more comments on Facebook every day, people saying ‘Oh my God, is that your cat?’”

Christel says it was important to her to get Lilieput’s special recordholding size confirmed before it was too late.

“She’s 10 years old now, and that’s actually near the maximum age for a Munchkin. She’s started getting pancreatitis. She’s moving a bit slower. … I don’t want her to go through any stress. She’s being a good pet; that’s all she’s really wanted to be and that’s all she is.”

Pixel, the little Munchkin who made headlines earlier this year, is the daughter of previous recordholder Fizz Girl and  is also from California. Pixel’s breeder petmom claimed earlier this year that she measures 5 inches tall to her shoulders, but Guinness has decided that Lilieput is the shorter of the two. 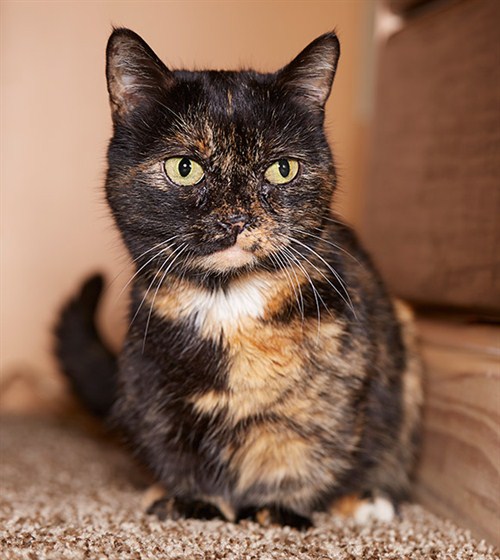 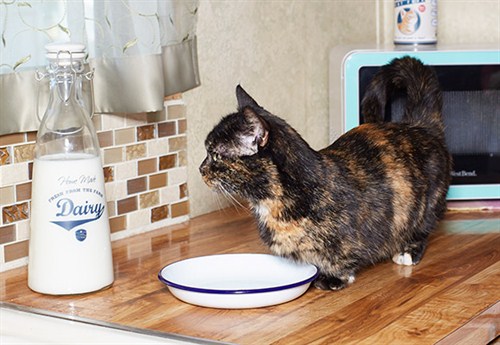 .
The following videos were made and posted to YouTube by Christel Young. They are not of the best quality, bt we get a glimpse of Lilieput:

.
Lilieput is not too happy about being measured in a 2013 session:

Lilieput is one of the many amazing pets featured in Guinness World Records 2015.
.