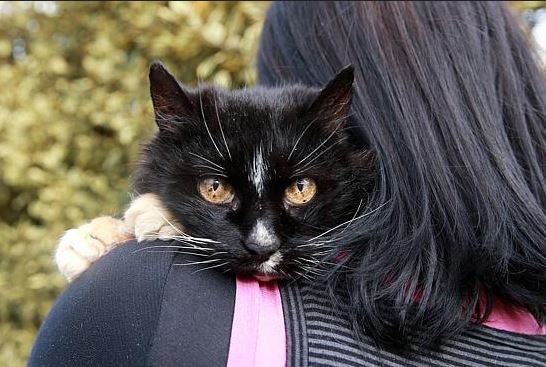 Shelby turned up back at her St. Albans Park, Geelong, Australia home as a poorly looking stray 13 years after she’d gone missing, to the amazement of her family.

When Paula Harper-Adams found what she thought was a sorry looking young black and white cat in her front yard recently, she took the kitty to the Bellarine Vet Clinic to get it some help. When the vet staff told her that the cat was quite old, Paula began to wonder if it could possibly be Shelby, who had disappeared in 2001 and would now be nearly 18 years old.

“It was standing at the vet, where I had this moment, where I thought, could it possibly be our cat that ran away 13 years ago?” Paula said.

“I was convinced I was crazy, but I took a photo of the cat’s face, in case anyone ­responded to my Facebook post (for a missing animal), and left,’’ Paula said.

“I half joked that if I could find a photo of Shelby, I’d be back.

“Well, I went home and, like a woman possessed, searched through box after box until I found the photo I was looking for, Shelby.

“I took the photo back to the vet and the girls had a good look over her and the photo before coming back and ­announcing to me in the waiting room: ‘She is your cat.’ ’’

Paula says she burst into tears when it was confirmed by a comparison of the photos that Shelby had come back at long last.

Vet clinic co-ordinator Natalie Dorain said: “For someone to find their cat after such a long time and wondering what had happened to your cat all that time, I think we all sort of felt pretty emotional about that.”

Paula has no idea where Shelby has been for the paw 13 years, but she is overjoyed to have her back home. Paula’s children weren’t even born when Shelby went missing but they have excitedly welcomed her return. The only family member not pleased to see Shelby is the other resident cat.

Paula hopes her story will give hope to other families with missing pets.

“I want to say never give up,” 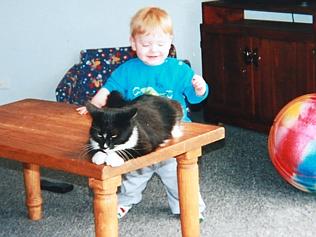