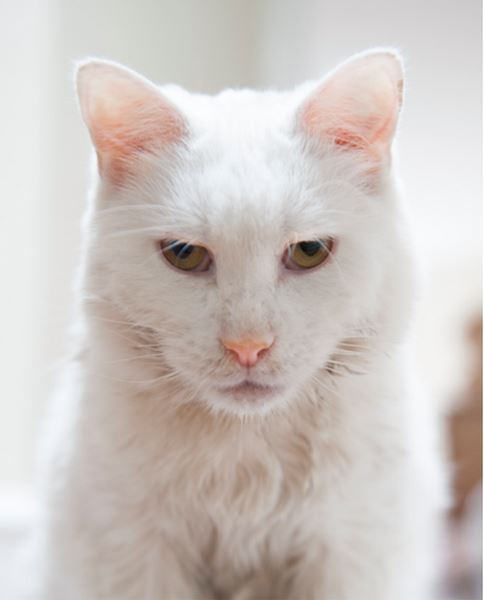 “Words can not express how much we miss him already, and the huge void that little cat left behind, in our hearts, in our house and in the organization. Baldwin knew that he had been given a second chance and truly appreciated it. He gave back to his community and touched the lives of so many by doing fire safety presentations and outreach events. He was such a good boy. He will never be forgotten and he will live on forever through Red Paw and he will always be our Ambassador and the love of my life!”

The much loved mascot and fire safety ambassador cat to Red Paw Emergency Relief Team, and beloved pet of the organization’s founder Jen Leary, is honored in a touching remembrance and tribute.

Red Paw Emergency Relief Team is a Philadelphia based organization that rescues pets in and around their burned homes and provides them with a safe place to stay while their families get back on their feet or wait to get back into their homes.  The nonprofit operates in cooperation with the regional Red Cross organization, and operates much like a Red cross for pets.

Red Paw founder Jen Leary writes in introduction to the video slideshow below:

“I remember it like it was yesterday. It was September 9, 2011. We had only been in existence for two months. The phone rang at 5:00 in the morning, for a fire in Southwest Philly where a cat had been displaced. I threw on my Fire Department uniform just in case the response took a while so that I would already be dressed for work. I grabbed a jacket to throw over my uniform and off I went. I could drive you to his old house right now I remember it so clearly.

“I pulled up and the family was sitting outside on their porch. As I walked closer to the porch, I noticed a little girl was sitting on the steps with a dirty little cat. He was just sitting there, not in a carrier, just sorta hanging out. I picked him up and put him right into my carrier- without any trouble. I assured the little girl that he would be well taken care of and kept safe. I asked the client if he had been inside during the fire — the damage from the fire didn’t look all that bad but they couldn’t stay there because of the smoke and water damage — she stated he hadn’t been inside the house and that they all got out together. The little girl said goodbye to Baldwin, and then off we went.

“I started Red Paw to keep families together, to lessen the burden on the shelter system and to ensure animals were cared for after a disaster in their home, regardless of the family’s financial situation. We work very long and hard and do as much as we can to reunite families. Unfortunately, this is not always possible. Yes we are an emergency response organization, but, we are also an animal welfare organization. Sometimes the welfare (and health) of the animals we rescue overshadow everything else. Baldwin’s family was not able to take him back due to his multiple health issues. Baldwin stayed at RPHQ for almost three years, before he passed away on May 24th, 2014. In that time he touched hundreds of lives by giving back at fire prevention presentations, outreach events and schools. For me, for so many others, and for Baldwin, that day on September 9th changed our lives forever!

“This is a tribute to his life and the legacy he left behind.”

Baldwin had multiple health issues when he came into the care of Red Paw.  He received the best of care during his time with Jen Leary and the organization, and he will be sorely missed.

You can also read Baldwin’s story as written by Jen Leary in a blog post at the Red Paw Emergency Relief Team website. 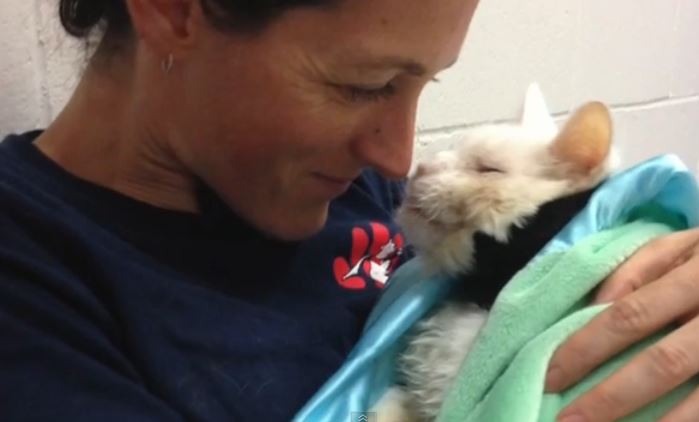 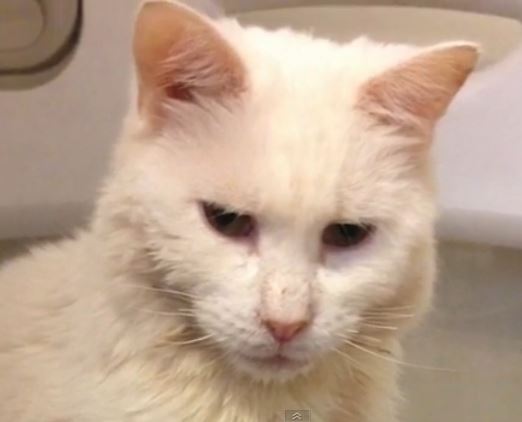 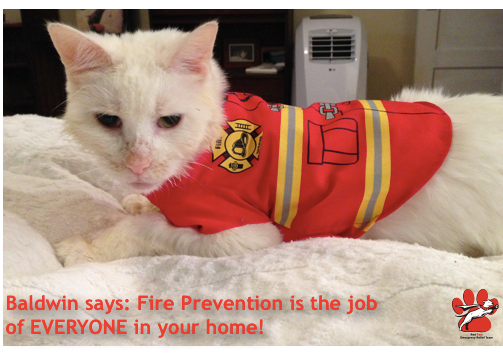