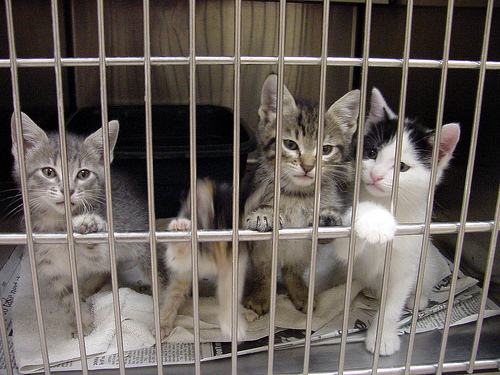 SB 674 was unanimously passed by the Florida State Senate Agriculture Committee yesterday. The bill  is intended as a preliminary step to help the state to address its high rate of animal shelter killings by getting a grasp on the number of homeless or unwanted animals in Florida and what their outcomes are. An estimated 250,000 animals are said to be euthanized in the state’s shelters every year.

SB 674 would require all animal agencies that accept public funding to compile and maintain records on the disposition of those animals. Further details are provided in the news report found below.

The bill’s introduction states that “Animal Shelters and Animal Control Agencies; Declaring legislative priorities relating to the importation and uncontrolled breeding of dogs and cats; requiring that each public or private animal shelter, humane organization, or animal control agency operated by a humane society or by a county, municipality, or other incorporated political subdivision prepare and maintain specified records; specifying the information that must be included in the records; providing a maximum fee for copies of such records, etc. ”

Jack Cory of the organization Fix Florida said “There are 250,000 shelter pets killed a year in the state of Florida, we think we can reduce that by at least 100,000 a year just by educating people on the high kill shelters.” He continued, “We just do not believe that it is in the conscience of Tallahassee and Leon County to continuously kill 50 percent of the shelter pets each and every year, we just don’t think they know it.”

Chair and Bill Sponsor, Senator Bill Montford said “What we desperately need in Florida is good sound data in terms of how many animals we take into the animal shelters and what happens to them. Quite frankly, we don’t have that type of data throughout Florida.” Senator Montford says the data collected by shelters will help them make better decisions in the future on how to handle animal overpopulation problems.

UPDATE: On April 2,  SB674 unanimously passed the Community Affairs Committee on a 9 to 0 vote.

A second bill , SB 872, the “Transparency in Animal Shelters Act” introduced by Sen. Joe Abruzzo  would require animal shelter operators to compile monthly and annual reports detailing the outcomes of the dogs and cats they take in, including how many were euthanized, and publish those reports on their websites. According to the bill’s introductory text, “Each duly incorporated society for the prevention of cruelty to animals, humane society, pound, shelter, or dog control officer that euthanizes dogs or cats or both to compile monthly and annual summaries; requiring each summary to be signed by the appropriate executive director of the entity as true and accurate; requiring that the summaries be posted on the entity’s website within a specified time period, etc. ”

HB 997 is the house version of the bill.
PDF text of SB 674, showing deletions and additions.