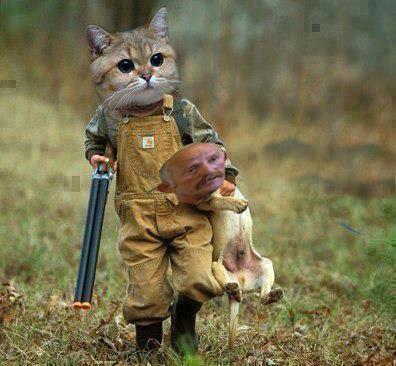 New Zealand SPCA executive president Bob Kerridge has engaged in a war of words with prominent Kiwi cat hater, or should we say conservationist, Gareth Morgan since Morgan’s Cats to Go website launched last week to international fanfare and controversy. Morgan envisions a New Zealand free of cats, which he characterizes as murderous serial killers who are decimating native bird populations.  At times he backpedals to say domestic pets kept inside can be allowed. See our post Gareth Morgan and His Proposal to Rid New Zealand of Cats for details.

Morgan essentially offered a $5 per cat bounty to the SPCA for every feral or homeless cat they kill instead of neutering, vaccinating and returning the cat to it’s colony and caretakers. Mr Kerridge stated that Mr Morgan would not be taken up on his $5 offer, saying “We are not in the business of euthanising animals. I think it’s a rather sick joke.”

A group called Cats Love NZ has retaliated tit for tat by setting up a website cats 2 go? i dont think so…….., that exists as a page with the image seen here of the cat who has bagged himself a Gareth Morgan, and the message ‘new website coming  [email protected]“
. 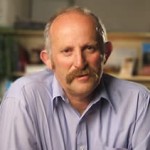 In the back and forth between cat defender Bob Kerridge  and Morgan, Kerridge utilized a New Zealand Herald opinion pieceto ask Morgan to “rethink your tactics and join us to bring about a positive solution by encouraging responsible cat ownership”.”Why not put your money where your busy mouth is and support us by assisting with the funding of desexing and micro-chipping of every domestic cat in the country. That will make a positive difference, and will free up SPCA funding to add to our bird rescue activities,” Kerridge wrote.

Kerridge recaps the history of the persecution of cats and notes that they are beloved by New Zealanders. He likens Morgan to an old time cat hater, saying “Enter Gareth Morgan, a modern-day zealot, and self-proclaimed saviour of the feathered with an absolute loathing of the warm and furry.”

“If you don’t want to do that [support desexing and microchipping to benefit the cats and reduce the stray population humanely] , and you continue on your ridiculous resolve to be rid of all cats, I can only repeat what I have already said: ‘Butt out of our lives, and don’t deprive us of the beautiful relationship that a cat can provide, individually, and in our families’.”

Morgan then appeared on Campbell Live on January 30 , where he made his offer of $5 per dead cat in the course of a ten minute segment.   You can watch the video HERE.

Morgan said, “Yesterday Bob Kerridge had the audacity to write in the New Zealand Herald to lay down a challenge to me to put my money where my mouth is and give the SPCA some money. I’ll do that, Bob. I’ll do it as long as you stop being the society to protect cats and start becoming the SPCA as we all think you are.

“Here’s the condition: You will not release one more cat into the wild in New Zealand. You will only release cats to registered owners who will chip them. If you do that, then for every cat that is turned into an authorised pound and doesn’t satisfy those conditions, so nobody claims (it), and is euthanised, I will give $5 to the SPCA.”

Morgan accused the SPCA of “single-handedly destroying our native species”, saying “These people are releasing cats back into the wild – it’s unbelievable.”

The issue has been further inflamed with the release of a report in the US by the Migratory Bird Center at the  Smithsonian Conservation Biology Institute and the Fish and Wildlife Service, Division of Migratory Birds, Midwest Office, where anti-cat perspectives are institutionalized,  blaming cats for decimating bird populations in even greater numbers than previously estimated. You may recall that Dr. Nico Dauphine, who was convicted of putting rat poison in the food bowls of cats, was employed at the Migratory Bird Center at the Smithsonian’s National Zoo until they were forced to let her go at the time of her criminal conviction.

For now, the war against cats in New Zealand remains mostly a war of words. Advocates have expressed concern, though, in recent days, that Gareth Morgan’s campaign may contribute to a rise in animal abuse.