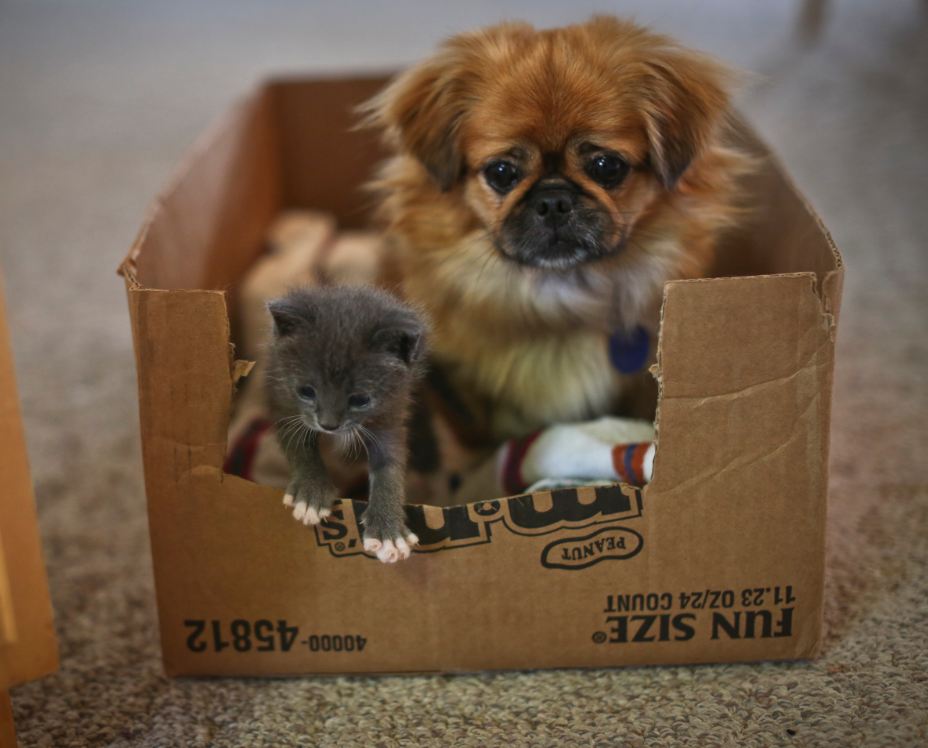 When Pat Weber’s grandson found a tiny kitten in her Jordan, MN barn not long ago, the baby’s eyes were still closed and it was so still the teen was not sure it was alive.  Pat told a news crew from the Star Tribune, “He brought her into the house and said ‘I think she’s dead, but I held her in the palm of my hand and I could tell she was moving.”

The kitten began meowing as Pat held it, snuggled in a towel, and  Mittens the Peke, who Pat calls a little mother at heart, came right over, showing interest and concern. Mittens licked the kitten and decided to take control of mothering it. When Pat placed the kitten on the carpet, the dog nuzzled the baby and let her try to nurse. Pet bought kitten formula for the newborn but within a few days the kitten was also nursing from Mittens, who had a litter of puppies two years ago.

Pat was surprised that her dog was nursing the kitten and took both animals to the vet, who told her, “Hormones will do strange things”. Both pets are healthy, and the kitten is thriving and gaining weight at a good rate.

Pat sums up the little animal family by saying, “So, we’ve got a baby kitty that thinks its Mama is a dog.”

The kitten, who is thought to have been abandoned by her mother, gained an adoptive  dog mother, a home with a caring person, and a name, Bootsie. 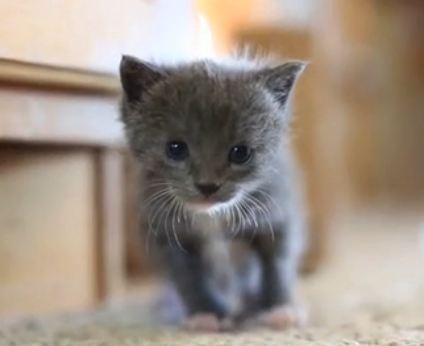 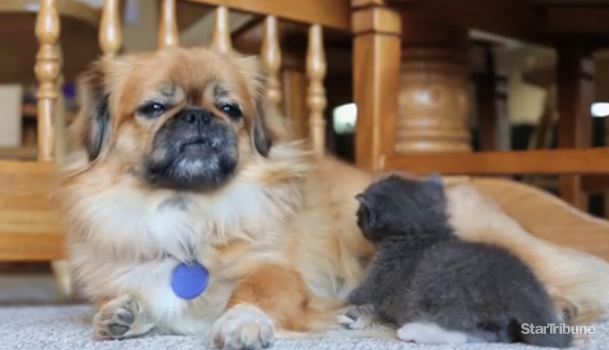 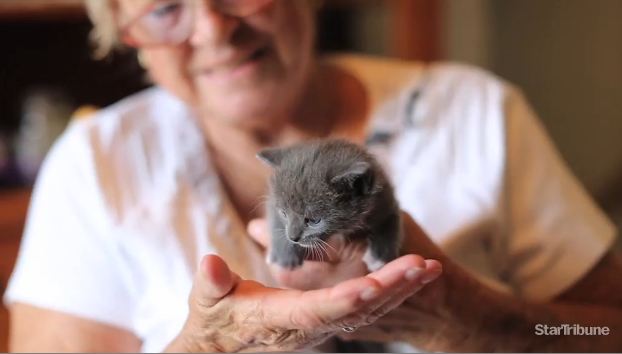