Wollie ran from the shelter parking lot when a family member came to reclaim him. The place he ran to was home. 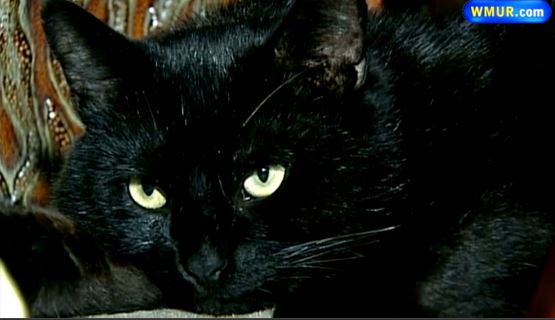 Barbara Oliphant began feeding Wollie last summer when he came around her Bedford, NH home, thin and starved for attention, and appearing to be a stray. He joined her household and even became fast friends with the family dog.

Barbara’s husband was later hospitalized after a stroke and Barbara tearfully turned Wollie over to the Animal Rescue League of New Hampshire, also in Bedford, but 6 miles from her home. Barbara was reluctant to give Wollie up but felt unable to give him attention while dealing with her husband’s health crisis.

As Mr. Oliphant began to recover Barbara thought of bringing Wollie back home, so her daughter secretly went to the shelter and adopted him. Wollie got loose in the shelter’s parking lot, though, before he could be brought back home.

Three and a half days later, Barbara spotted Wollie outside, crossing the road out front at the turn in that leads to her house. He was tired and hungry, but he was home.

The family says that Wollie made such a great effort to return to them that he will never lose his home again. 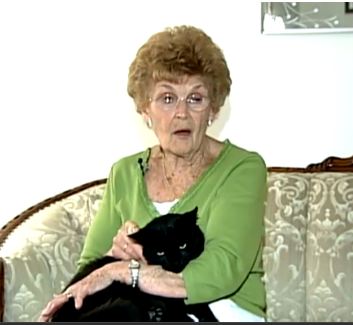 Soaking up some affection 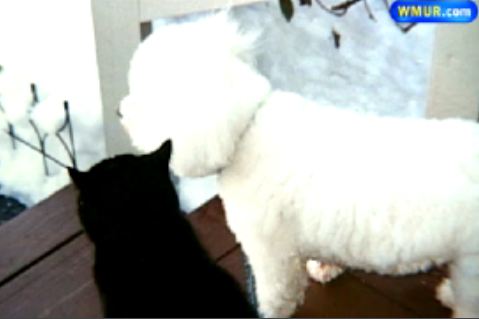 Hangin’ with the family dog 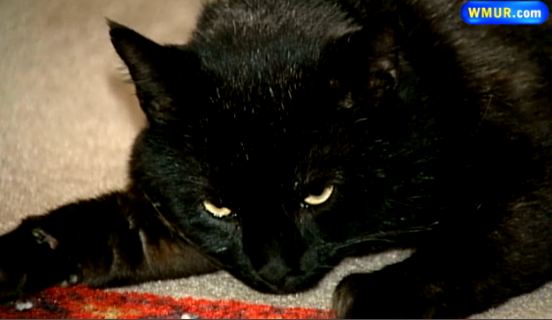 Home at last, resting up from his ordeal