A kitten is alive today thanks to the person who heard its cries and called for help, and the Animal Services officers who worked to save it. 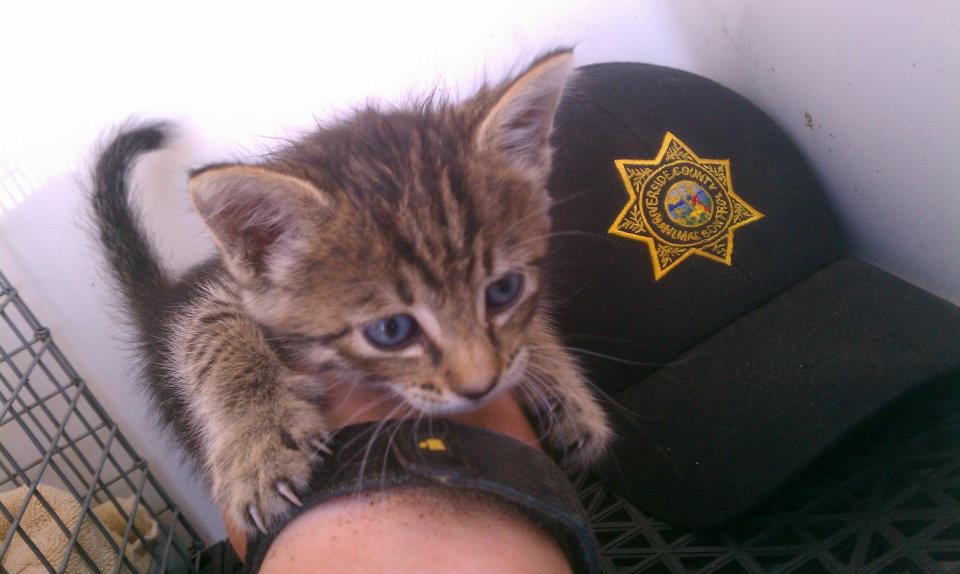 This beautiful kitten had a very close call when it became trapped underground, down a narrow PVC pipe in a vacant side lot in Desert Hot Springs, CA. A nearby business owner from a nursery heard the kitten’s cries while outside watering plants yesterday and called for help.

Riverside County Department of Animal Services officers from the Coachella Valley Animal Campus in nearby Thousand Palms arrived on the scene, determined that the cries were coming from the underground pipes, and set to work digging them out. After considerable digging, they succeeded in rescuing the kitten, estimated to be about  6 weeks old.

The kitten was taken to the Thousand Palms shelter. It will be fostered by one of the officers who made the rescue until it is old enough to be made available for adoption. Photos from the animal services agency document the rescue.