Rossi’s family made posters and tracked him down after he made a nearly 100 miles journey as a stowaway in a moving van. 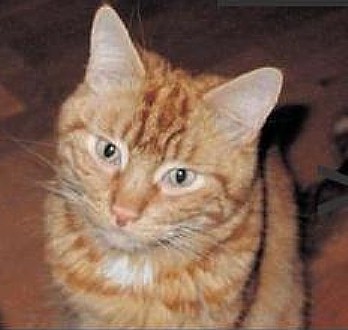 Rossi went missing from his Stonehaven, Aberdeenshire, Scotland home on February 13, setting his petparents Keith and Diane Stockdale on an anguished and determined search.  As Keith and Diane were beside themselves with that feeling of worry and loss experienced by people whose pets have gone missing, regional publicity helped bring Rossi’s disappearance to light across a wide area. Fortunately, a break in the missing cat case came when a former neighbor of the Stockdales’ helped focus the search nearly 100 miles down the coast from Rossi’s home. Rossi had jumped into a moving van parked in his neighborhood and traveled to Crieff, where he was spotted jumping out of the van by the former neighbors, who reported back to the Stockdales.

Keith and Diane made large missing posters with a big, clear image of Rossi, drove to Crieff, and put them up around town. They made repeated searches of the town, as well. Local residents Trudi Newton and Grahame Addison helped Rossi get home. Trudi recognized  Rossi from his posters when she saw him hanging around with her cat Selkie last Thursday, and lured him in her home. She called the Stockdales and Grahame emailed pictures, which confirmed that the ginger cat was Rossi.  Keith and Diane were overjoyed to learn that their cat had been safely found, and drove down the following day to retrieve him. They’ve expressed their thanks to Rossi’s rescuers and are giving him a bit of spoiling now that he is back home.