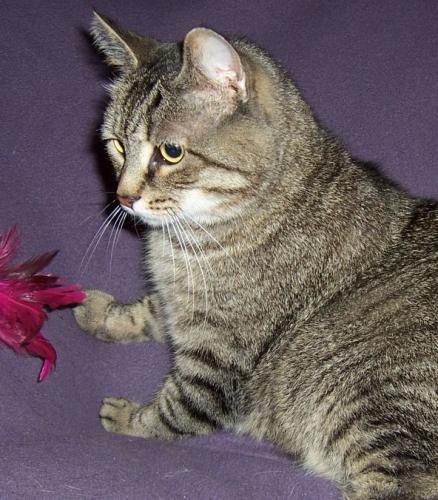 In one of the happiest happy ending stories from Petfinder’s 15th Birthday adoption event held two weeks ago on July, 16, a Spencer NY cat found his forever home after five years at Wildrun cat rescue.

Susan Greene, who runs Wildrun cat rescue which is located in Spencer, decided at the last minute to participate in that Saturday’s Big Birthday Adoption Event adoption in honor of Petfinder’s 15th birthday. She made her own event RSVP only, to insure that potential adopters knew of her indoors-only requirement for adoption. 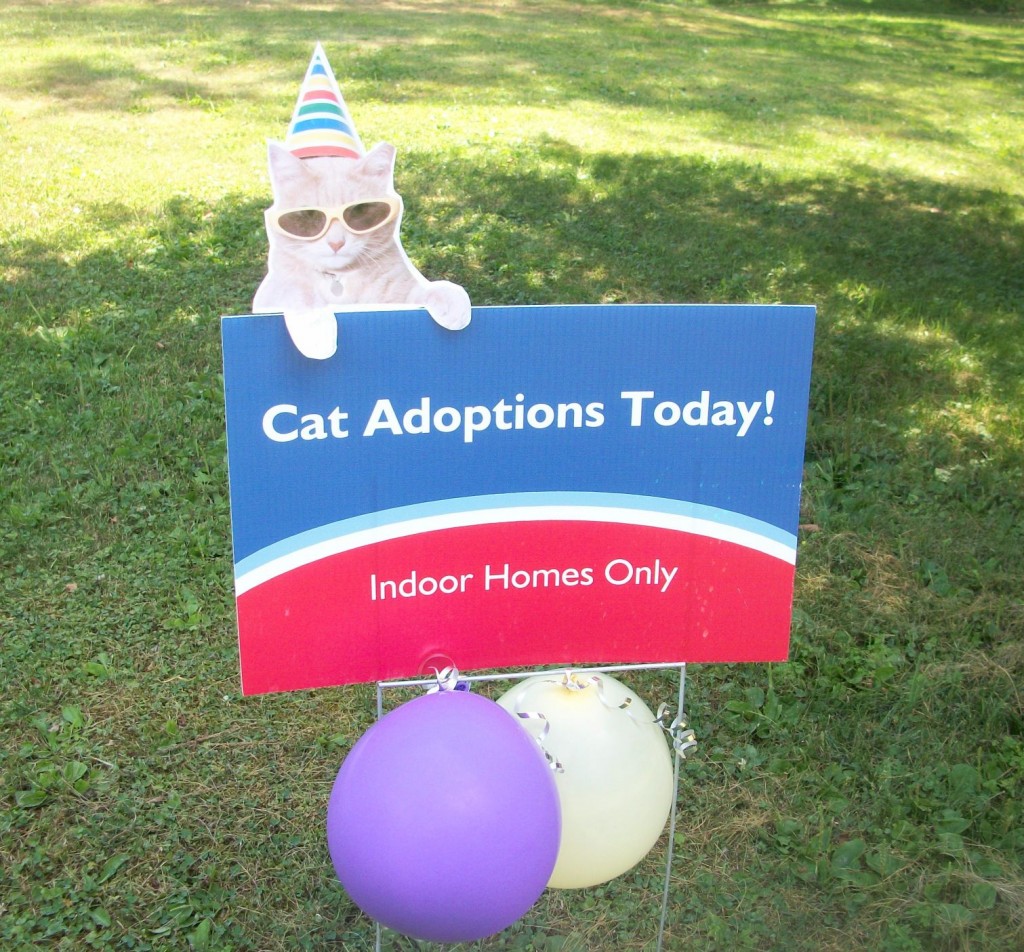 Meanwhile, Jane from Petfinder posted TigerTom’s photo on Petfinder’s Facebook page and he got 843 “likes” and 83 comments. This tidbit confirms the enormous reach of Petfinder and their ability to showcase pets and make matches happen, as well as the usefulness of Facebook and the internet in general today in finding homes and help for companion animals.

Here is TigerTom’s biography from his Petfinder listing:

Tiger Tom arrived at Wildrun in 2005 and would love a forever home of his own. He is a favorite of ours and we dream of the day he gets his forever family. He is a handsome guy with a beautiful plush coat. He loves to be combed and petted. Tiger Tom makes silly little chirps when he chases that red dot from the laser pointer, and he is sure to provide comedic action in his new home.

Why is he still here? Tiger Tom is afraid of visitors! Some days he is Mr. Charming. Other days he hides under a blanket and refuses to budge when visitors come to adopt. Those big beautiful eyes become scared, and people choose a kitten instead! With people he knows he is “front-and-center” asking for attention. But those strangers–oh my! Time to hide!

Tiger Tom is a joyful fellow who will make a quiet homeowner a faithful friend. He just needs that very special someone who will understand if he hides under the bed a few days before he comes out to snuggle.

In response to their invitation to Wildrun’s adoption event, a couple named Georg and Jazz who had met TigerTom on a visit to the rescue a few years earlier, emailed to say they wanted to come out and adopt one of the long timers; they wanted a cat who had been repeatedly passed over as other cats found homes.

TigerTom had been a shy cat, and Susan says the afternoon is a really bad time to visit the shy cats. “They all sit like lumps, hoping everyone will go away. TigerTom was no exception, but they chose him anyway.” I took some video of him that night so they could see that he really was, after dark anyway, a sweet cat.

Here’s TigerTom’s “at ease” video, made to show his prospective adopters the wary cat’s true personality.

On Sunday July, 24  Susan delivered TigerTom to his new home with Georg and Jazz in Endicott.  True to form, TigerTom hid in his little box in a caterpillar ball. By the following Tuesday evening, Susan had received this update from Georg:

“I sat down next to Tiger Tom, while he was in the shower stall. Not only did he do serious rising butt syndrome, he rolled over and let me have the belly, and rubbed his face against me. Then he stood up and purred. And walked out of the shower stall. It was wonderful. Then Jazz approached the door, and he ran back into the shower stall. So I left the bathroom and he repeated it all for Jazz. Progress!!!”

TigerToms’ next step was to move from the bathroom to the home office, and the shy boy who had lived at Wildrun for so long, came to really know life with his own home and family. 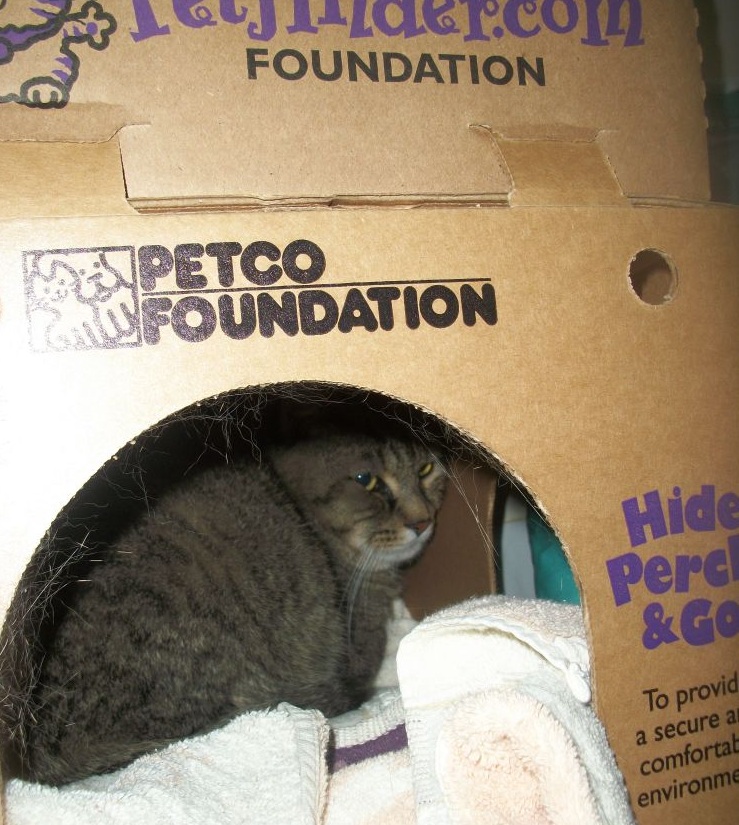 Here’s a photo taken this week with Tiger out exploring in his new home. He is reportedly still a night owl, but is expected to transition to being more active during the day as he adjusts to his new way of life. 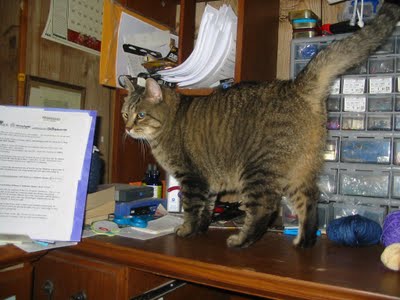 Thanks to Petfinder, thanks to Susan Greene and Wildrun, and thanks to TigrTom’s new parents, who wanted to give a home to an older cat who had waited a long time, this one cat now has a forever home.

Thanks, also, to Susan for providing the photos and information for this story. She asked us to remind everyone that we can refine our Petfinder searches in various ways, including by age, so we can find those mature and senior cats and dogs who need us and who make such wonderful pets.