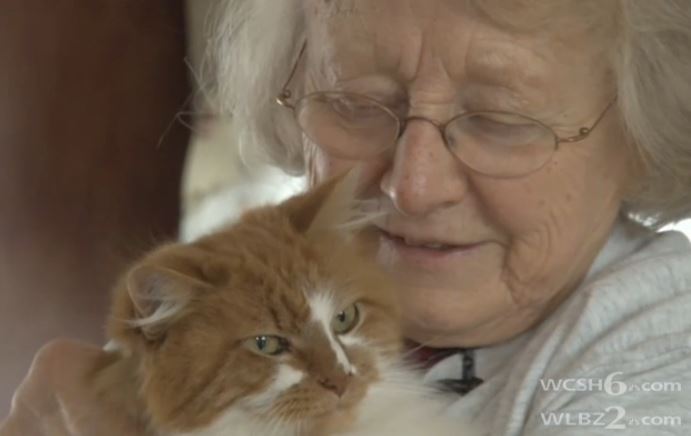 Note: The WCSH Channel 6 news report on the story begins on autostart. You can pause the video until you are ready to watch/listen.

A Maine woman got a most surprising and happy reunion recently when her beloved missing cat was found after almost 3 years.

Winthrop resident Leslie Gilman thought she would never see Sugar again before getting the call earlier this month saying her cat had been found.

Leslie realized her orange Tabby was missing after returning home from a camping trip in 2012. After several months passed she eventually figured she would not see Sugar again.

“It was tough, it was like another death I thought. My husband had died in February and this was August and I lost her too. It was devastating.”

Sugar was found about an hour’s drive from Winthrop – over an indirect route of connecting roads – in an old abandoned home in the town of Dresden. Local police brought Sugar to the Lincoln County Animal Shelter in Edgcomb, where Tammy Steinmetz did a microchip scan and called Leslie’s home, asking for her now-deceased husband, since Sugar’s contact information was in his name. Once Leslie heard the unexpected good news about Sugar she made the hour’s drive and was reunited with her long lost cat at the shelter.

“I had tears in my eyes that’s for sure because I just couldn’t believe it,” said Gilman.
. 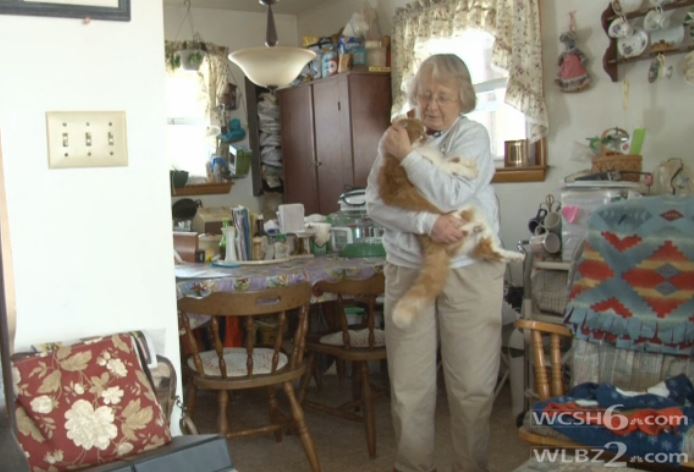