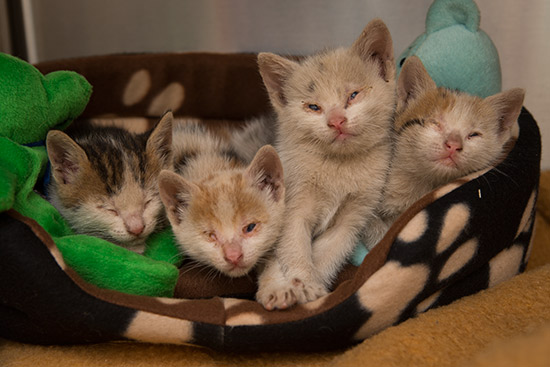 .
“Ohana means family. Family means nobody gets left behind or forgotten.”
.
An Australian farm sanctuary rescued a litter of kittens and then rescued their mama and reunited the loving little family.

Edgar’s Mission saved the precious lives a week ago and retold the story beautifully, in a short blog post and a touching video, which is seen below.

Earlier today we received a call from a factory worker to advise that kittens had been found abandoned at an industrial warehouse. Seeking refuge in a metal carryall, the tiny waifs lay huddled, not knowing that danger lurked just moments away. With a call for the carryall ordered, the distressed worker didn’t wish to move the piece of machinery, knowing full well that if they did the kittens would perish.

We had but a short window of opportunity to try and save the kittens and stave off the forklift that would surely crush them. Although our efforts were not quick, we had both the patience of the worker and luck on our side and four tiny kittens were eventually pulled one by perilous one from the tiny holes in the carry all. But despite our successful rescue, it was with heavy hearts that we left, as no mother cat was in sight.

However no sooner had our Kindness Van touched down at Edgar’s Mission, delivering its very special cargo, than we received another call from the factory worker to say that a mother cat had been spotted in the same area the kittens were found. Once again our rescue team was dispatched, hoping that our hour long journey would not see us arriving too late. After scaling fences and hiding in bushes, a mother cat was soon sighted, a trap set and with bated breath our rescuers waited… and waited… and waited.

The rest is one of the most wonderful rescue stories of the year. Ohana certainly thinks so!

See the rescue and its story in this video: First the kittens are rescued, then their mother, then the little family is reunited. 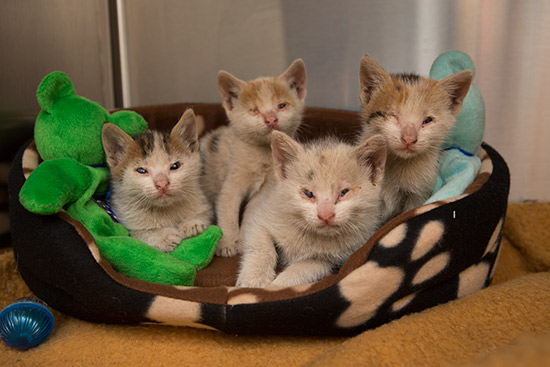 Edgar’s Mission was founded by Pam Ahern and named after her first rescued pig, Edgar. Edgar Alan Pig, aka “the pig who started it all” sadly passed away shortly after his 7th birthday party in April 2010. Edgar, a gentle giant, touched so many people and was an amazing ambassador for pigs and farmed animals everywhere. He will be missed beyond words – but his mission will continue.