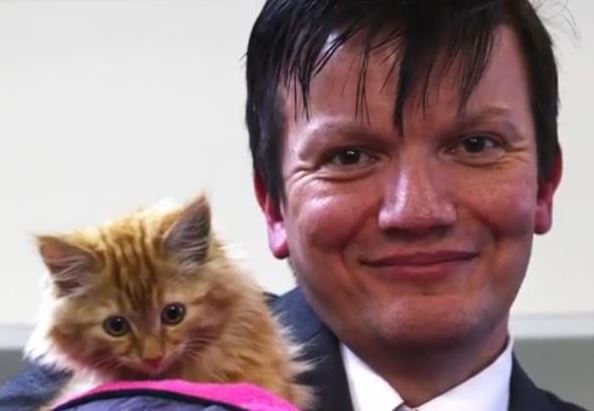 He was the little kitten who stole hearts around the world after he was rescued from a dangerous spot in the Burnley Tunnel, a busy roadway in Melbourne, Australia, by transportation workers last week. Dodge waited patiently for his owners to claim him from The Lost Dogs’ Home but that day never came.

We shared the story of Dodge’s rescue last week, in Kitten Rescued From Busy Roadway Tunnel. “I feel like a proud dad,” beamed Phil as he patted the little ball of ginger fur in his arms. “I’m just so excited!”

This, after all, was no ordinary ball of fur. Phil was chosen from some 300 eager members of the public to take home a very special kitten named Dodge, who made headlines after being found ‘dodging’ traffic in the Burnley tunnel.

After his story was featured on the nightly news, The Lost Dogs’ Home was inundated with hundreds of requests to adopt him — some people even going so far as to offer thousands of dollars! However, it was Phil’s moving story about his much-loved cat, who sadly passed away, that won the day.

“I saw Dodge on the news on the anniversary of the passing of my old mate. I had him for 18 years and I wasn’t sure if I wanted another cat but there is a difference between knowing you want something and knowing you’re ready for it,” Phil said. “With Dodge, I knew I was ready.”

Eager to get his cute little companion home, Phil said Dodge’s reputation for exploring traffic wouldn’t be an issue in his house!

“As someone who has been a supporter of the Home since 2005, I know all about responsible pet ownership,” he said. “He won’t be going outside unless it’s day time and I’m home to watch him.”

Dodge’s rescuers at the Citylink Control Room are said to be thrilled with the happy ending: “We are all really happy to hear that Dodge is doing so well after such a delicate rescue mission and that he is now being adopted into a home that will love and cherish him.”

It was clear to all who saw the touching union of Phil and Dodge just how smitten he was already with his new kitten. We have the utmost confident this sweet little fireball will be in safe and caring hands for the rest of his life. Best wishes Phil and Dodge!

Watch Phil and Dodge together at the shelter: 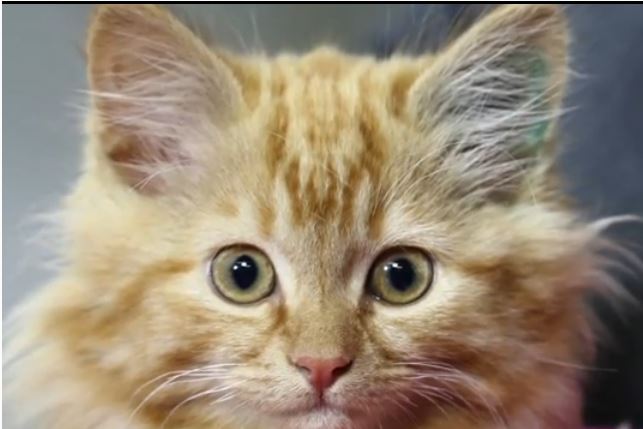